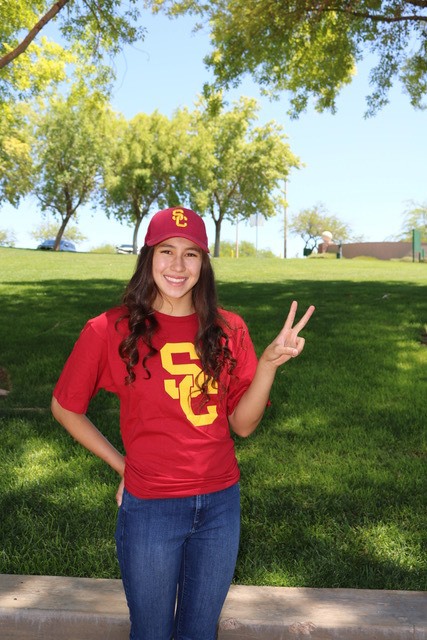 Erica Sullivan, the #8 recruit on our list of top girls in the high school class of 2018, has verbally committed to the University of Southern California’s women’s swimming and diving team.

“I chose USC because it’s a well-rounded program with awesome coaches as well as swimmers. It also gives me the opportunity of pursuing a career that I would like to go into.”

Sullivan lives in Las Vegas, Nevada, where she swims for Sandpipers of Nevada under Ron Aitken. She is a rising senior at Palo Verde High School and the Nevada Division I record-holder in the 500 free. Sullivan has also developed into one of the top open water swimmers in the U.S.; she won the 5K Open Water Junior Nationals title in Castaic Lake last month.

Sullivan’s addition to the Trojans’ roster will give associate head coach Catherine Vogt, who led the U.S. Open Water team at the 2016 Olympics in Rio, a dream team training group: Sullivan, Becca Mann and Isabella Rongione will spend three years together, and could form the basis for Team USA’s selection to the Tokyo Games in 2020.

Nice get for USC.