5 Ways to Pass the Time Until 2020 Olympic Swimming Begins 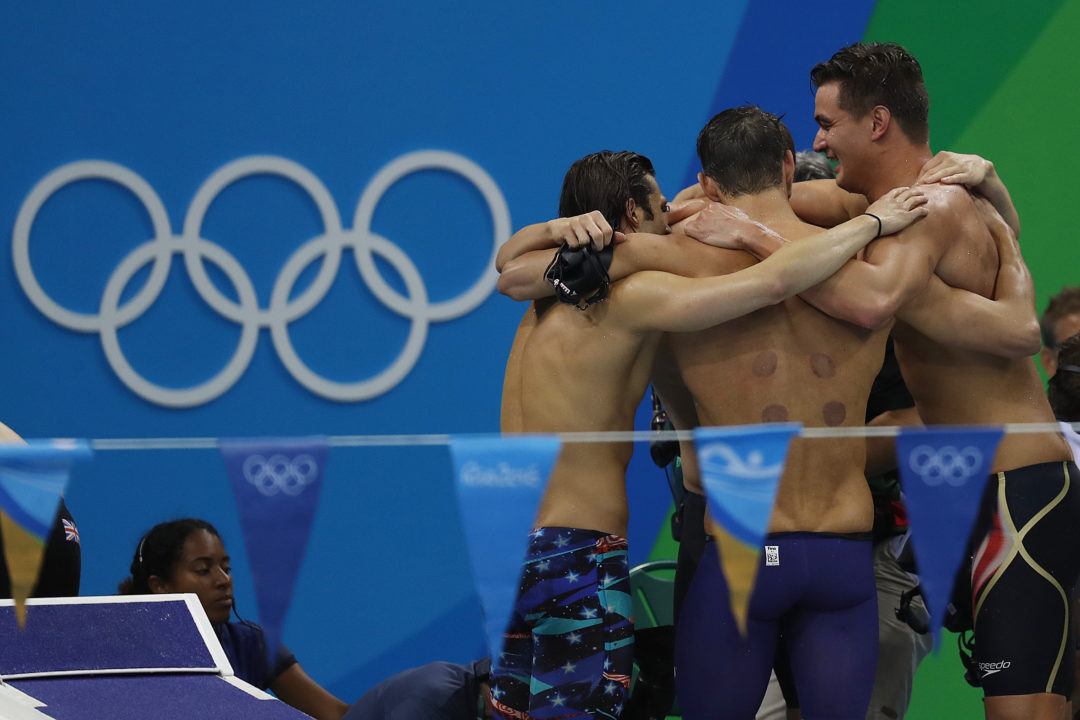 We’re about four years away from when Tokyo holds the 2020 Summer Olympics swimming events. Until then, what are swimming people supposed to do? Current photo via Simone Castrovillari

We’re about four years away from when Tokyo holds the 2020 Summer Olympics swimming events.

Until then, what are swimming people supposed to do? Waste time? Get jobs? Take up scuba diving? Send Tweets to Michael Phelps?

Four years can seem like forever. What’s the best way to pass the time until the splendid swimming extravaganza comes our way again.

Here are five ideas worth considering:

Go to Wikipedia.org. It’s an Internet site. The Internet is pervasive and easily accessible.

Read about the 50 or so American swimmers who participated in the 2016 Games. Learn about the early years, hometowns, and spouses (if applicable) of Anthony Ervin, Michael Phelps, Ryan Murphy, Maya Dirado, Ryan Held, and David Plummer. Oh, and Katie Ledecky.

See what each of their Wikipedia pages says about each of them beyond the basic who, what, where, why and when. If you spot any errors, correct them. This is the beauty of Wikipedia. Anyone can update the text. Don’t be paranoid that Swimswam readers will go on the site to correct you. This is an iterative, crowdsourcing endeavor. Embrace it.

Read each entry out loud five times. Do this every night for the next 100 days. If on any of these your name pronunciations are off, read it again.

Once finished reading, cut and paste all the pages into a single email. Send that email to Swimswam.com. In the body of your email type: “FYI in case you might need it for some investigative stories you’re working on.” Include this caveat:  “I can’t be sure everything I’m sending is true, only the parts that I edited and am knowledgeable about.”

Chase down Rowdy Gaines. If you don’t have his number, call Dan Hicks. When you reach Rowdy, tell him you want to set up a weekly Skype call with him, one-on-one, to talk about who he thinks are the up and comers around America who are going to be first time Olympians competing for Gold in 2020. Assure him you won’t bother him at any other time as long as he commits to one-hour calls with you every week until August 2020.

Follow Michael Phelps on Twitter. Every day set aside two hours to track his account. It will be exploding non-stop. Even if he’s not posting Tweets, other people will be Retweeting his stuff or “Liking” it. Everybody likes Mike. They will be sending him questions, words of praise, and just joking around. Some may be killing time until the 2020 Olympics — like you. In this sense you may feel symbiosis with these swimming soulmates.

Comment on Charles Hartley’s Swimswam blogs. He will respond to your comments, and you will respond to his, and on and on. The time you eat up doing this will seem to fly by because you will be engaged and enraged. You will feel such vitriol you won’t even realize that minutes and hours and days will have gone by commenting and re-commenting on his bodacious blogs. It will all go by like a dream.

When you wake up, the 2020 Summer Olympics swimming events will be here. You will be able to read all about them on Swimswam.com.

This is written by and courtesy of Charles Hartley.

Worlds are next summer? I am still blurred by Trials and then the Olympics. Where are Worlds next summer? At least this will help us get through ONE year. Three more after that. Ugh.

Thank God you wrote this – I was really struggling but now I have an executable plan.

Ugh. I had a feeling it was him, but I clicked anyway.

You do realize he writes these with tongue in cheek right? They’re not meant to be taken seriously. SwimSwam is allowed to publish articles that aren’t 100% serious 100% of the time

God I love Charles Hartley articles. Keep it up!