5 Storylines to Watch at the 2019 U.S. Junior National Championships 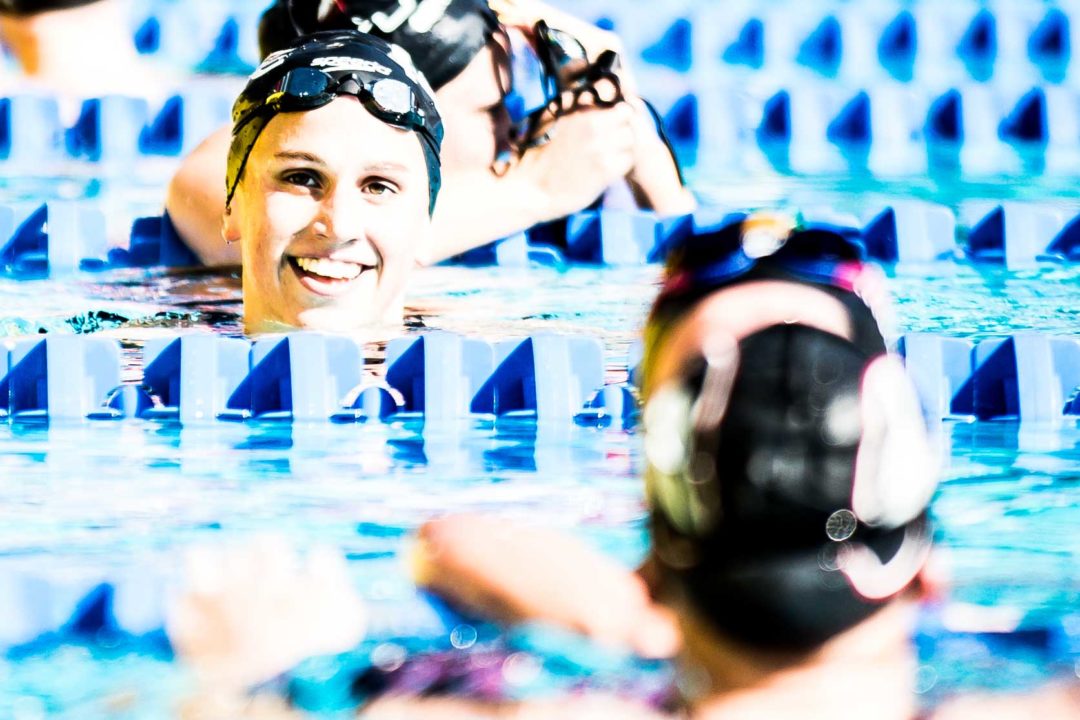 After several noteworthy swims at Senior Nationals this past week Lillie Nordmann of Magnolia Aquatic Club is still entered to race this week. Archive photo via Jack Spitser/Spitser Photography

The 2019 U.S. Junior National Championships start tomorrow, along with the NCSA Junior Champs in Indianapolis and the 2019 Pan Am Games in Lima, Peru. Get primed with this preview of five top storylines to watch as another week of action unfolds in Stanford, California.

After several noteworthy swims at Senior Nationals this past week, including becoming one of the fastest 100m and 200m butterfliers in 15-16 history (and just the fourth in the age group to ever break 58 seconds in the 100 fly), Lillie Nordmann of Magnolia Aquatic Club is still entered to race this week. She may treat this as another opportunity to race while in peak form, though she’s expected to be named to the roster for the World Junior Championships, which are in Budapest at the end of the month. Even so, she raced the 50/200 free and 100/200 fly last week; this week, she’s entered in those same events as well as the 200 back, 200 IM, and 100 free. She may end up sticking with those ‘off’ events.

If Nordmann races the butterfly events, a great battle is set up between her and 15-year-old Justina Kozan of Brea Aquatics in the 200 fly. Nordmann just aged up to the 17-18 age group, while Kozan did so somewhat recently to the 15-16 age group after becoming one of the best 13-14’s in history across multiple events.

In the 800 free, she’s right behind incoming Michigan freshman Kaitlynn Sims of Magnolia Aquatic Club, and just ahead of Jillian Cox, now 14 years old, who earlier this summer qualified for Olympic Trials as a 13-year-old.

Maggie Wanezek of Elmbrook Swim Club was another 13-year-old swimmer to make headlines this year – in May, she became the youngest swimmer under 29.00 in the 50m back in American history (unofficially). She’s entered in the 100 back, 200 back, 50 free, and 100 free. Meanwhile, Justina Kozan‘s little sister Asia Kozan is on the psych sheet as well. A. Kozan is listed as the 18-seed in the 100 fly and is 54th in the 200 fly.

Meanwhile, Leah Hayes of Fox Valley Park District Riptide is seeded in the top ten of both IM’s.

In the 50 free, the only swimmer under 23 seconds is top seed Matt King at 22.81. That time was from late July – just two weeks ago. The same goes for his top-seeded time of 50.36. If he’s peaking for this meet, he’ll be the heavy favorite to sweep the sprint events.

I noticed on the psyche sheet that there’s a 12y/o swimmer in the girls 100 Breast.

Check the times from the kids who swam at Nationals, then see who’s seeded where…

NCSA’s this summer are in Indianapolis not Orlando