5 Reasons Why You Should Hire Swimmers 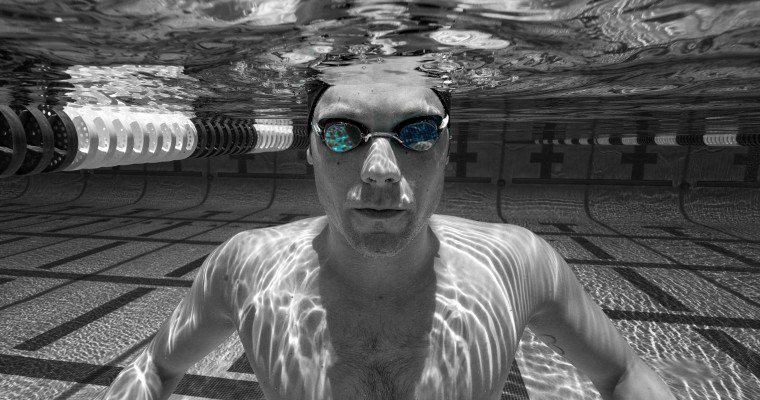 Courtesy of Mark A. Metz, Founder and CEO of Relus Technologies

A blog post about five reasons employers should hire tennis players recently grabbed my attention and thoughts. While I agree (and like to hire athletes in general), I feel the qualities possessed by a competitive swimmer are even greater. So, given the choice, hire both. But, if you can only hire one – pick the swimmer!

Swimming requires zero natural ability or hand-eye coordination. A college-level swimmer became a great at the sport by outworking the hundreds of other kids in the pool. A great tennis player had to work hard, but being naturally gifted is a more important component. In swimming more than any other sport, sheer will and determination outweigh skill. Hire a swimmer if you want someone who will give 100% every single day. In tennis, I will agree that you have to practice hitting a ball into a court thousands of times. But the determination of a swimmer who can log 10,000 painful yards in one day alone is unmatched. That’s who I want to hire.

Swimmers understand what it takes to win. In tennis you can blame your racket, bad line calls, or an off day of playing. On the other hand, in swimming, every single lap of every single practice is measured. Swimmers are used to getting measured and judged based on their performance. You never hear a swimmer blame the judges or tools such as their goggles. As a swimmer, it is you against the clock. In business, I want employees who are unafraid of being measured, and who know that they control their own destiny. Swimmers know that they succeed or fail based on how hard they have worked – how much effort they put into every single practice.

Swimmers are a little crazy. They are not the conformists who signed up for typical sports like tennis, baseball or soccer. They get up early in the morning when all their friends are still asleep, jump in cold water and swim exhausting laps. Swimmers aren’t in it for the glory or the fans (nobody likes to watch a swim meet!). So – why do they do it? I still don’t know. Sometimes work situations require someone who is also a little crazy. To explain, I think of the expression, “thinking outside the box.” If tennis players think “outside the box” they lose every match. On the contrary, they have learned to always hit the ball into the little box on the court. Hire a crazy swimmer, however, and you will have a passionate employee who will jump eagerly into everything with both feet.

Swimmers know how to party! In college did you ever go to a party thrown by the tennis team? I didn’t think so. Swimmers were always ready to cut loose, maybe because they spent so many hours in the pool. They bring the same energy, excitement and life to the workplace. Don’t get me wrong, I don’t want someone throwing a keg party in my boardroom at noon. But, I do want people that are engaging, fun, and talented at entertaining customers.

ABOUT MARK – THE SWIMMER

Mark is a life-long swimmer. In his college days at Furman University he was twice named Southern Conference Swimmer of the Year, and he was an Olympic Trials Qualifier in breaststroke. Mark currently coaches a masters swim team and competes sporadically. He also plays tennis (loves the game), and as the Founder and CEO of Relus Technologies, he hires tennis players and swimmers!

ABOUT MARK – THE ENTREPRENEUR

Mark is a serial entrepreneur that has founded three (3) $100 million technology companies in the Atlanta area. Currently, Mark is the CEO and co-founder of Relus Technologies, a company focused on driving value for its customers in the areas of Cloud Enablement, Datacenter Hardware, and IT Staffing. In 2014, Relus was voted one of Atlanta’s Best Places to Work by the Atlanta Business Chronicle and one of Amazon Web Services (AWS) Most Promising Solution Providers by CIO Review Magazine. He continues to be a leader in the Atlanta business community and is a long-standing supporter of the Technology Association of Georgia.

Thanks to Coach David Marsh for introducing us to Mark Metz and his blog.

I would have to disagree with number one. There are just swimmers that are naturally more gifted and have better eye hand coordination (feel for the water) than others. Hard work in swimming is able to mask some of a lack of natural ability, but at some point some people will never be as fast as others, period, no matter how much more they work.

#1 is probalby the stupidest thing I’ve seen in writing in a long time. If you truly believe that natural ability has nothing to do with how fast a swimmer is, then you clearly know nothing about swimming. Sheer will and determination outweigh skill in swimming more than in other sports? Tell that to some of the no-talent a$$-clowns that fill the lanes in a tri-team workout as they thrash murderously trying to complete a 25. This narrative that the best swimmers are simply those that work the hardest is a neat bit of self-delusion that we as a sport are too quick to embrace, especially as means of hero-worship. Tom Dolan, Tom Wilkens, and Erik Vendt? Oh, those guys… Read more »

Sean Justice and TX Swimmer make great points – so I have reworded #1 on my blog post – please read http://markametz.com/2014/12/18/5-reasons-employers-should-hire-swimmers/

However – as a swimmer myself who swam for many years, I stick to my point that swimmers had to work harder to succeed than most other athletes. Therefore effort was a bigger factor in swimming than in other sports. In addition, I am not going to hire someone because they have big feet and a long reach. I do think that a swimmer is often a dedicated individual that had to work hard. There were certainly the rare breed that could succeed on natural ability alone – but those are hard to find in swimming.

I’d be willing to say that in swimming, the average amount of effort put in to just be average is nearly what some elite athletes have to do in other sports. In other words, just being an average swimmer trying to make it D1 Midmajor usually requires countless hours in and out of the pool, where those same hours and efforts spent in another sport could bring you closer to the top.

#1 seemed to create a backlash of comments, and was possibly overstated, but also misinterpreted. I did not say that elite swimmers have no natural ability. Nor did I say swimmers are uncoordinated. I said “swimming requires zero natural ability or eye-hand coordination” I think this is also true of running or cycling. One does not have to be super coordinated and athletic to run or to swim or to ride a bike. This is not necessarily true of other sports. To be elite at swimming or running requires a few things – certainly there are natural traits like height that play into one’s potential. In addition, hard work and dedication are important. Finally good coaching is necessary. I still… Read more »

I think that when using the term “zero” is what is putting me off. I am guessing that this article is referring to a swimmer as someone who may have competed at a college/elite level. I can see where an employer would see that someone that is able to train as much as a swimmer and maintain good grades would be a great to have. I think that if you re-stated #1 as swimmers having a great work ethic, it would better describe what you are trying to go for. In an article that is read by mostly swimmers or former swimmers and saying their sport, which they put many hours into, requires zero natural ability can, and has been,… Read more »

Mark…I loved your post. I think it’s great to hear from a swimmer who has experienced the sport through college and gone on to personal success career-wise. Knowing you’d hire swimmers (and tennis players) based on what you’ve experienced is a great message for swimmers developing now to hear. My opinion:

I think you make a good point and people are being asinine to make themselves feel better for not being as fast as lochte, grevers et all. Success is a direct result of hard work and motivation. The talent portion can make things easier but it is not the determining factor in success. Yes Phelps created less drag at every portion of his stroke than pretty much anyone does naturally. That doesn’t mean you can’t learn to do the same, he’s not some mystic alien. So your point is very valid. Nice post.

#1 is part right. To be a great swimmer, it does require natural ability. See Gary Hall Jr. He’s been known as someone who never worked as hard as others in practice, yet he became one of the best in the country and others that worked harder did not. I do agree that swimmers have the mental toughness edge but to claim it does not require natural ability is a joke. We have kids on our team that work their butts off but can’t beat the kids who simply have the natural talent. I’ve said my swim training helped build my mental toughness. Without having grown up a swimmer, there is no way I could finish mowing my lawn at… Read more »

#1 really needs to be re-stated.. I just signed to go swim at a DI school in a power 5 conference and I have to say I would be nowhere in swimming had it not been for my natural talent. Yes, I do work hard, but it is very easy to say I may have been discouraged to not swim had I not been blessed with natural abilities in the water. Also, I would agree that no hand-eye is required, but to say we as swimmers have none isn’t true! Some swimmers are true athletes who can get it done in the pool as well as perform exceptionally on the football field, on the tennis court, on the basketball court,… Read more »

Hand-eye coordination is a misnomer that confuses a lot of people. Great swimmers have exceptional body coordination and depend on other senses other than sight to interact with the water. This is also part and parcel of the aw-shucks narrative that swimmers aren’t good (land) athletes and that, if it weren’t for this oddball aquatic sport, we would all be bumbling around on dry ground with no other option but to incessantly trip over our own feet.