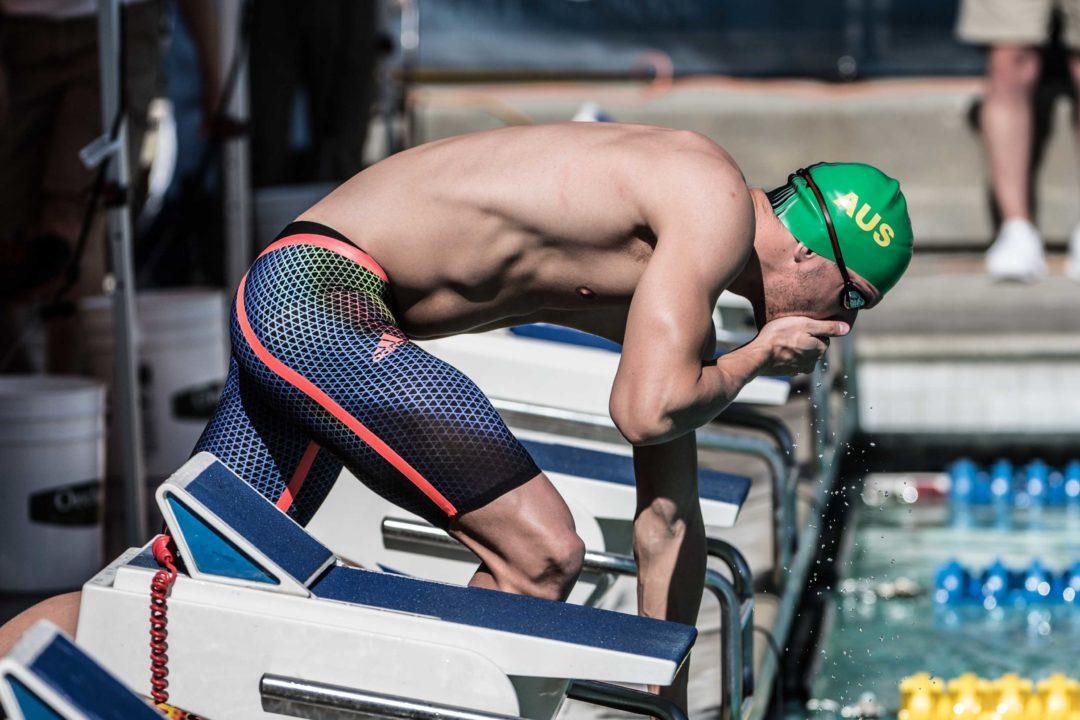 Notable Aussie names not in attendance at the 3-day affair is sprinting maestro James Magnussen of Ravenswood. The man who helped the green and gold nab bronze in the men’s 4×100 freestyle relay in Rio is reportedly taking the 2016-17 racing season off to fully focus on his shoulder recovery.

Cate Campbell, the world record holder in the women’s 100 LCM freestyle, is also absent from the start lists. This isn’t a surprise, however, as the fierce female is nursing a hernia, for which she recently had surgery. Sister Bronte Campbell is present, however, and conversely is on the mend from hip and shoulder injuries.

5 Races To Watch In Brisbane

Somewhat surprisingly, the gold medalist in the long course version of this event in Rio, Mack Horton, is not listed as swimming this race in Brisbane Instead, Horton is entered in a monster schedule of 7 events, all of which are more ‘off’ events, save for the 200m freestyle. Last year’s title-winner, Thomas Fraser-Holmes, has also opted out of this event.

This leaves the door open for the likes of Bobby Hurley and Jacob Hansford to claim the national title this year. Comeback kid Daniel Smith is also in the mix, having come off of his Olympic appearance on the men’s 4×200 freestyle relay in Rio.

However, the Aussies will need to get through visiting forces Park Tae Hwan of Korea and Maarten Brzoskowski of the Netherlands. Although not able to clinch an actual Aussie title, the pair sit as the number one and number two seeds, respectively. Park’s time of 3:36.68 is well over 3 seconds faster than the rest of the field and he recently clocked a 3:43.68 LCM time at the Korean National Sports Festival. That mark would have finished 4th in Rio, for perspective.

In-country rivals Emily Seebohm, Madison Wilson and Minna Atherton are set to challenge one another in the women’s 200m backstroke, an event in which Seebohm holds the LCM world title from Kazan. Seebohm faltered in Rio, however, failing to final in this event after finishing off the podium in the 100m backstroke sprint. She has been on the World Cup circuit and posted some respectable short course meters times, so she should be ready to claim a spot on the green and gold roster for Windsor in both backstroke events.

But, the Brisbane Grammar swimmer is entered in a whopping 8 events over just the 3-day meet, including the 100m free, 50m fly, 50m free, 100m IM, 200m IM and 50m backstroke to go along with the aforementioned 100m/200m. Should she hold all events in her schedule, Seebohm may potentially prove vulnerable from an energy-conservation perspective.

Also ready to stake a claim, however, is 22-year-old Wilson. The St. Peters Western swimmer finished 8th in the 100m backstroke final in Rio and has put up some positive marks in the 200m distance on the World Cup circuit. This includes an outing where Wilson finished with a silver behind Hungarian Iron Lady Katinka Hosszu, earning a time of 1:54.45.

For Atherton’s part, the teen missed out on a spot on Australia’s Rio roster, but she is still a star on the rise that can’t be overlooked. She currently holds the World Junior Record in the sprint backstroke event, but has proven potent in the longer distance as well, holding a personal best of 2:04.37.

All three of the aforementioned Aussie women will also be in the arena contesting the sprint backstroke event, but with an added twist by the name of Mie Nielsen of Denmark. Nielsen scored the European Short Course title in this event last December in Netanya. She finished 5th in the long course version of this event in Rio, beating both Wilson and Atherton in the process.

The marquis events for the men are arguably the 100m and 200m freestyle races, as the field is stacked with foreign and domestic talent within each. ‘The Professor’ Cameron McEvoy enters the meet with the top seed in each event, having won the short course titles last year in marks of 1:40.80 and 46.31 for the 200 and 100 free races, respectively.

He’ll be challenged by the young gun from Adelaide, Kyle Chalmers, who surprised a man-speed field in Rio with a gold medal-winning performance in the 100m. The Marion Swimming Club athlete comes in as the 3rd seed in the 100m free (47.58) and 11th in the 200m free (1:47.23), although Chalmers has made his mark recently in the latter event on the World Cup circuit. While competing in Tokyo, the 18-year-old notched a time of 1:42.42 for the win, a time that would bump him up to the 4th seed on this meet’s start lists.

Challenging the Aussies in both races is the lurking Park from Korea. Although Park performed well outside his own expectations in Rio, finishing 32nd in the 100 and 29th in the 200 overall, he’s been on a winning streak since. Along with the 400m freestyle win at his nation’s sports festival, the 27-year-old clocked winning 200m freestyle time of 1:45.01. That mark would have scored the silver medal in Rio. Although this meet in Brisbane is in short course, his upward trajectory is indication of some swift marks the Korean could throw down to spoil the green and gold party.

Predictions anyone? I really want McEvoy to win the 100, but my gut tells me Chalmers… I don’t know.

No idea but I commend anyone competing in this thing . I didn’t even watch Rio & I can’t get back in the pool.