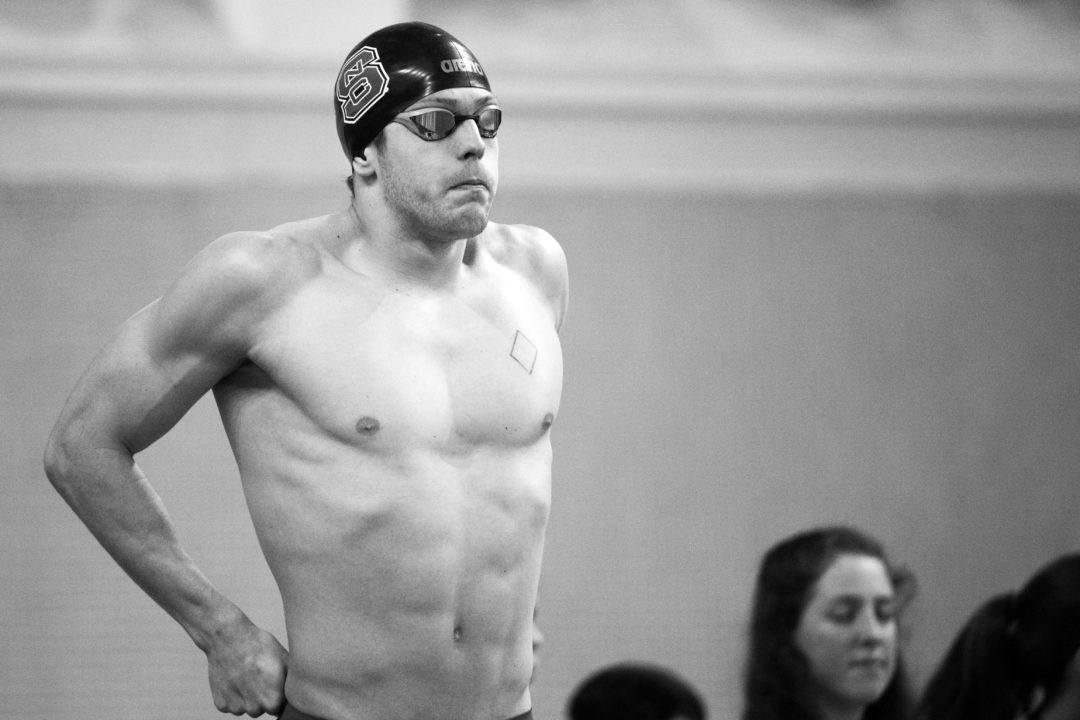 There was only one scratch out of an A-final on day 2 of the TYR Pro Swim Series in Indianapolis, as Wolfpack Elite’s Ryan Held has withdrawn from the men’s 100 fly in order to solely focus on the 100 free. This morning, the 22-year-old finished 4th in the 100 fly in a time of 53.69, just over half a second back of leader Gunnar Bentz (53.11).

Held will focus on his best event tonight, as he was the gold medalist last summer in the 100 free at the World University Games and was on the gold medal winning 400 free relay at the 2016 Olympics in Rio. After a disappointing U.S. Trials last year missing the World Championship team, look for a big summer from the NC State post-grad. He heads into that final in 6th place after going 49.88 in the morning.

The only other scratch among swimmers in either the ‘A’ or ‘B’ final came in the men’s 100 free, where veteran Matt Grevers bowed out of the B-final after placing 10th this morning in 50.92. That moves Harting, who was 17th this morning in 51.74, into the consolation heat.

the US could legitimately have like 6 sub 48 men this summer. Dressel, Adrian, Haas, Pieroni, Held, Apple….maybe even Ress could get in on the action.

NC State could have 3 swimmers on the relay. Held Ress Molachek NC State has been on the relay the last 3 Olympics

Molachek would have to get top 6 and I have a hard time seeing him getting in above anyone on that list as they’re all 48.2 or better

Molachek was faster than Haas at ncaas in 100 free.

Short course ain’t long course. Haas is at least a second and a half faster LCM. Also, the long course 100 almost correlates better with the SCY 200 (where Haas is miles ahead) than it does SCY 100 (where Molacek was like a tenth faster).

Conger has a conflict with the 200 fly.