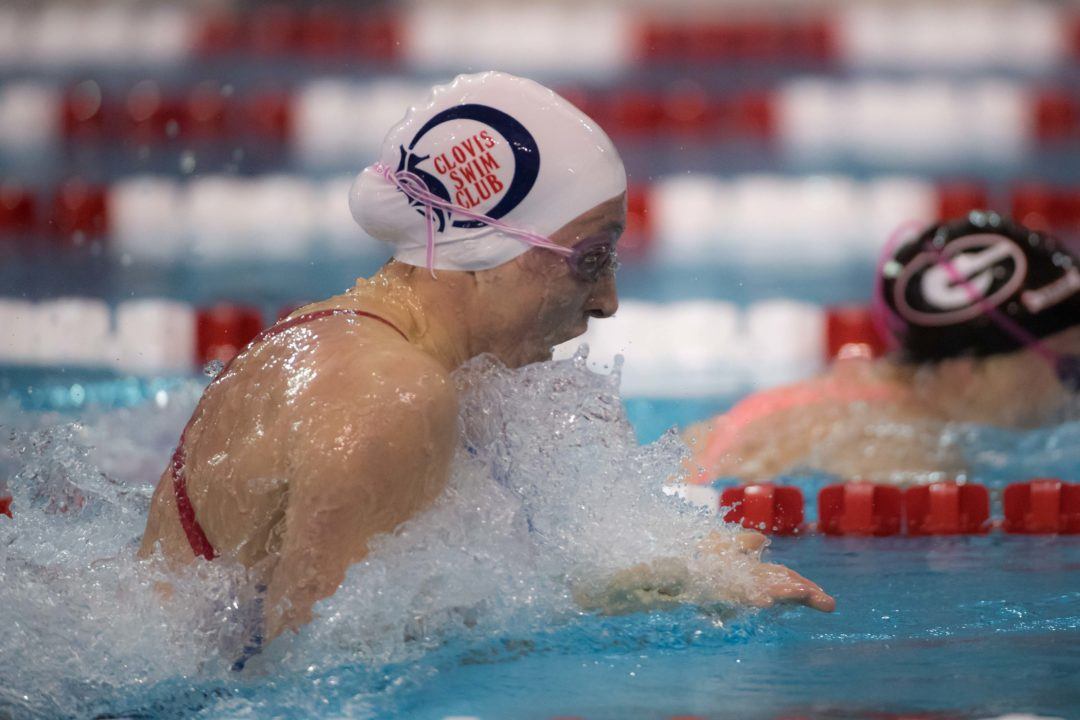 Hermann improved on her best time by .01 after four years last January, then shaved off well over half a second Saturday. Archive photo via Mike Lewis/Ola Vista Photography

Clovis Swim Club’s Danielle Hermann, 32, improved for just the second time in the last four years in the 100 breast Saturday morning at the 2019 U.S. National Championships, but it was a breakthrough swim.

The University of Kansas alum (class of 2009), swam at the 2016 Olympic Trials when she was 28 and finished 78th overall in the 100 breast (her only event at that meet) in 1:11.81. According to an article released by Kansas Athletics, she was working as a clinical pharmacist and thinking of retiring at the end of that year.

While she’s not a contender (yet) ar the top of the U.S. ranks, Hermann’s trajectory is similar to that of 30-year-old breastroker on the men’s side Brandon Fischer, who’s vying this week to stay among the top six American men this season and get on the 2019-2020 U.S. National Team after breaking 1:00 in June (59.86). He graduated from college in 2012 and was a semifinalist in the 100 breast at 2016 Trials.

Such a great accomplishment! Congrats!

Loved her smile at the end