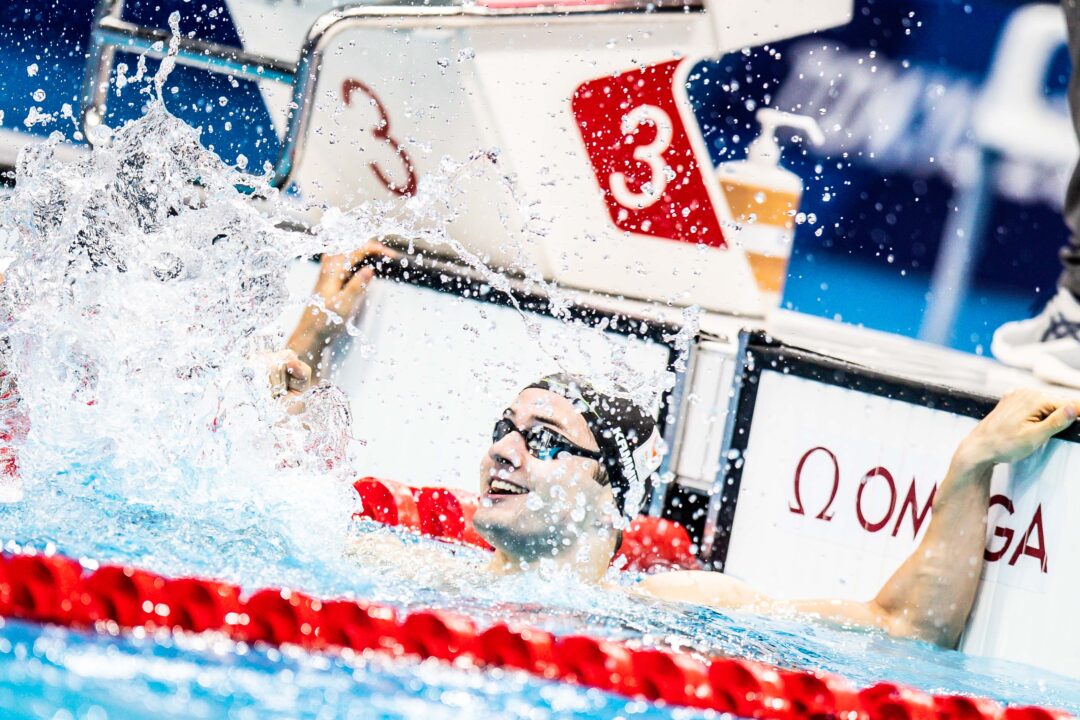 Up to 100,000 euros (€) will be on the line over the upcoming week at the 2022 Mare Nostrum Tour, with some of the best swimmers on the planet converging for a final tune-up prior to the World Championships in Budapest.

Some of the prize money differs slightly from meet-to-meet, mostly due to the Monaco stop featuring the “Speed Tournament” (the 50-meter races contested in a skins format), but the basics are the same.

In Barcelona and Canet, a total of €20,800 will be handed out to the top-three finishers in each event. That number increases to €21,500 in Monaco due to an increased purse in the Speed Tournament (50 skins).

Since Monaco has the Speed Tournament, it does not feature a distance freestyle event. The 800 free for both men and women will be raced in Barcelona, and then the 1500 will be contested in Canet.

Between the top-three finisher earnings and the overall series prize winnings, €84,100 in guaranteed prize money will be handed out.

*Not including the Speed Tournament 50s

Monaco is also offering up a €15,000 prize for the first world record broken at the meet, provided it’s in an ‘A’ final or in one of the final two rounds of the Speed Tournament.

If a swimmer breaks a Mare Nostrum Record in Monaco (and therefore also the meet record), they get both the €750 and €600 prizes for a total of €1,350. It’s also important to note that matching a record does not get paid.

*For Barcelona and Canet, the prize money handed out for setting particular records is currently not listed on the Mare Nostrum website. If the numbers are the same as previous years, they will be the following:

It’s also not listed on the series’ new site, but in previous years, the overall series awards have been handed out to the swimmers who record the first, second, third and fourth-highest FINA point swims over the course of the series (men and women separate). Additionally, an athlete is required to race all three stops to win the award.