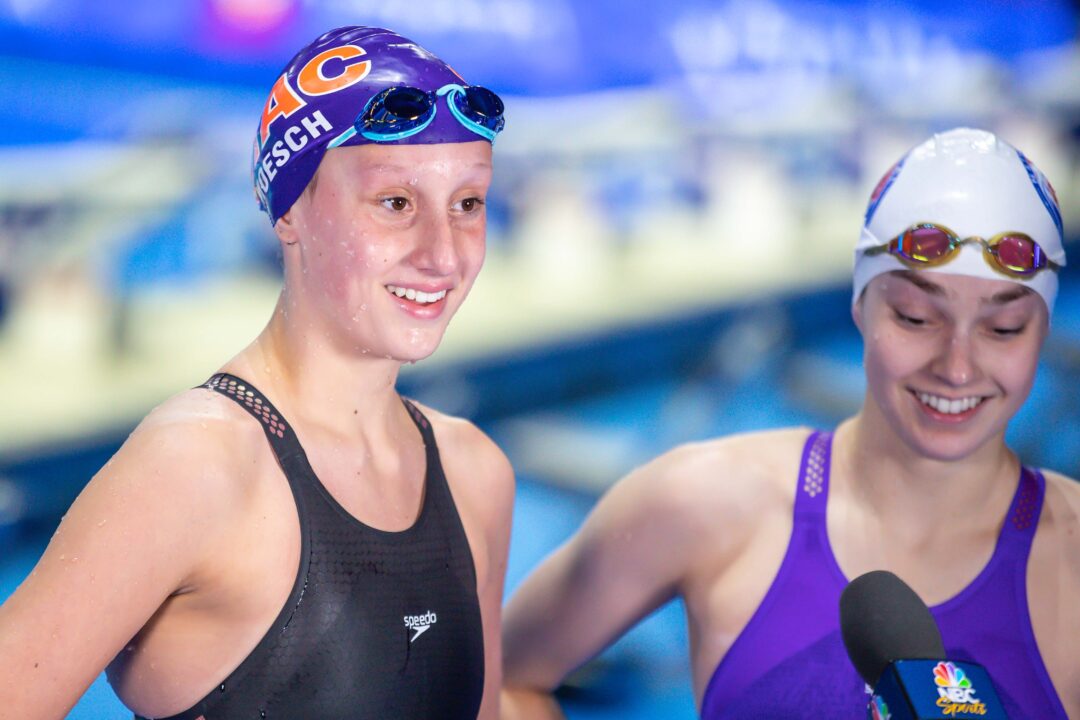 After splitting 24.4 on a relay earlier in the meet, Moesch swam a 25.53 this morning, touching just 0.24 seconds off her personal best. Stock photo via Jack Spitser/Spitser Photography

The final prelims session of the 2002 LCM YMCA Nationals featured the 200 IM and 50 free individually. The 400 free relays are also being competed today, as well as timed finals of the 1500 free.

The women’s 50 free saw a few fantastic performances this morning, led by Greater Somerset County Y 16-year-old Anna Moesch. After splitting 24.4 on a relay earlier in the meet, Moesch swam a 25.53 this morning, touching just 0.24 seconds off her personal best. Moesch has swum significantly faster in finals than prelims so far at this meet, so it’s likely she has something faster in store for tonight.

In the men’s 50 free, 16-year-old Jake Kennedy of Ridley Area Y clocked the fastest time of the m0rning, touching in 23.91. That swim marks Kennedy’s first time under 24 seconds in the event. The men’s 50 free was a great event for Ridley Area Y, seeing another 16-year-old, Shane Eckler, take 2nd in 24.06. That was a new lifetime best for Eckler by 0.49 seconds.

Western Branch Y’s Alexander Karahalis swam a massive personal best en route to posting the top time of the morning in the men’s 200 IM. Karahalis finished in 2:09.03, taking nearly 2 seconds off his previous best of 2:11.94. He was out exceptionally fast, splitting 25.98 on the first 50 of the race.