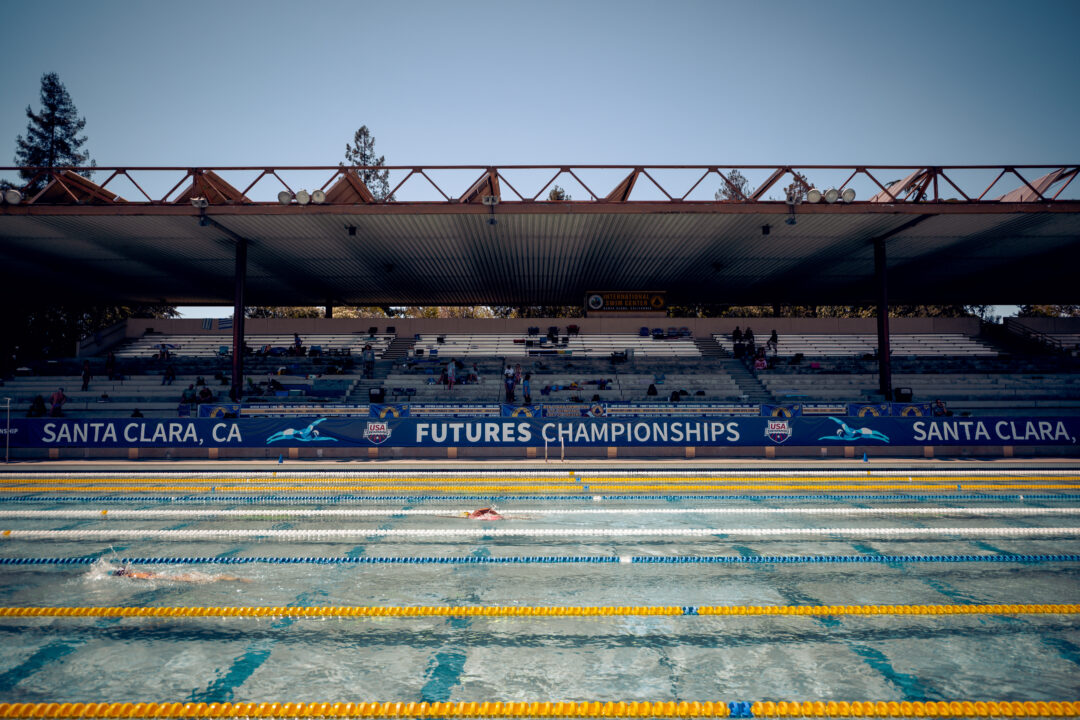 Balva, a Princeton recruit, took over 2 seconds off his personal best with the performance, picking up a U.S. Summer Nationals cut in the process. Current photo via Thien-An Truong/ ttruongphoto.com

While Nationals are taking place in Irvine this week, USA Swimming is also hosting Futures Championships at 5 sites across the country. One of those sites is also in California, as Santa Clara is playing host to the Region 5 meet.

One of the most thrilling races of the first night of the Santa Clata Futures meet came in the men’s 200 fly, where Palo Alto Stanford Aquatics 17-year-old Arthur Balva swam a 2:00.47. Balva, a Princeton recruit, took over 2 seconds off his personal best with the performance, picking up a U.S. Summer Nationals cut in the process. He swam an incredible race, splitting 27.31 on the opening 50, then posting 50 splits of 31.49, 31.08, and 30.59 respectively.

16-year-old Piper Enge out of Bellevue Club Swim Team posted a dominant victory in the women’s 100 breast, swimming a 1:09.77. The swim was well off Enge’s personal best of 1:08.12, however, she was still able to get her hands on the wall first by nearly 2 seconds.

Hawaii’s Aulea Swim Club 18-year-old Tom Caps clocked a 1:03.20 en route to winning the men’s 10o breast tonight. The swim comes in just off Caps’ personal best of 1:03.17, which he set last April. The men’s 200 free was taken by DART Swimming 8-yearold Hayden Ghufran, who swam a 1:51.60. The swim was a huge personal best for Ghufran, as he swam under 1:53 for the first time in his career tonight.

Dang, 8-year old already swimming in Futures! Kids are getting faster and faster….

Way to go, Arthur! We are all so proud of you. What a gutsy race!!!