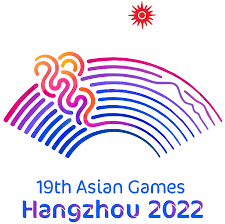 Organizers for the 2022 Asian Games have confirmed the elite international multi-sport competitive event has indeed been postponed. Stock photo via Hangzhou 2022

Organizers for the 2022 Asian Games have confirmed the elite international multi-sport competitive event has indeed been postponed.

Originally scheduled for September 10-25 in Hangzhou, China, the quadrennial event has been delayed due to coronavirus concerns within the country.

Following detailed discussions with all parties concerned, the @AsianGamesOCA Executive Board today announced that it has decided to postpone the 19th #AsianGames, which was scheduled to be held in #Hangzhou from 10 to 25 September 2022.https://t.co/RCbWXzmea6 pic.twitter.com/wCMejIseUl

Per Reuters, the Olympic Council of Asia (OCA), said in a statement after its executive board meeting in Tashkent that the Hangzhou organizing committee (HAGOC) had been well prepared to deliver the Games despite the “global challenges”.

“However, the … decision was taken by all the stakeholders after carefully considering the pandemic situation and the size of the Games.”

“The name and the emblem of the 19th Asian Games will remain unchanged, and the OCA believes that the Games will achieve complete success through the joint efforts of all parties.”

OCA acting president Randhir Singh told Reuters a task force has been set up to decide new dates for the Games.

“It’s because of the COVID problem… that the Games had to be postponed by one year, by whatever months they decide on,” Singh said from Tashkent.

“We formed a task force, they will look into it… and decide the timing with the concurrence of the Chinese Olympic Committee.”

The event is expected be pushed back to 2023, though Hangzhou 2022 said in a statement: “The new dates for the Games will be announced after further discussions between the OCA, the Chinese Olympic Committee (COC)and HAGOC.”

The Chengdu 2021 World University Games, which were scheduled to take place this summer in Chengdu, China, were also postponed until 2023 on Friday.

If they were going to cancel or postpone they should have done so earlier to allow athletes to plan on peaking at other competitions.

So let´s read 18393927 World Championship docs to know how they will decide who qualifies to each World..

Let me guess, it will be moved to Budapest as well. I mean, Hungarians came from Asia some 1000+ years ago.

more like 1200+
for the president’s love of China, it’s not s far-fetched idea.