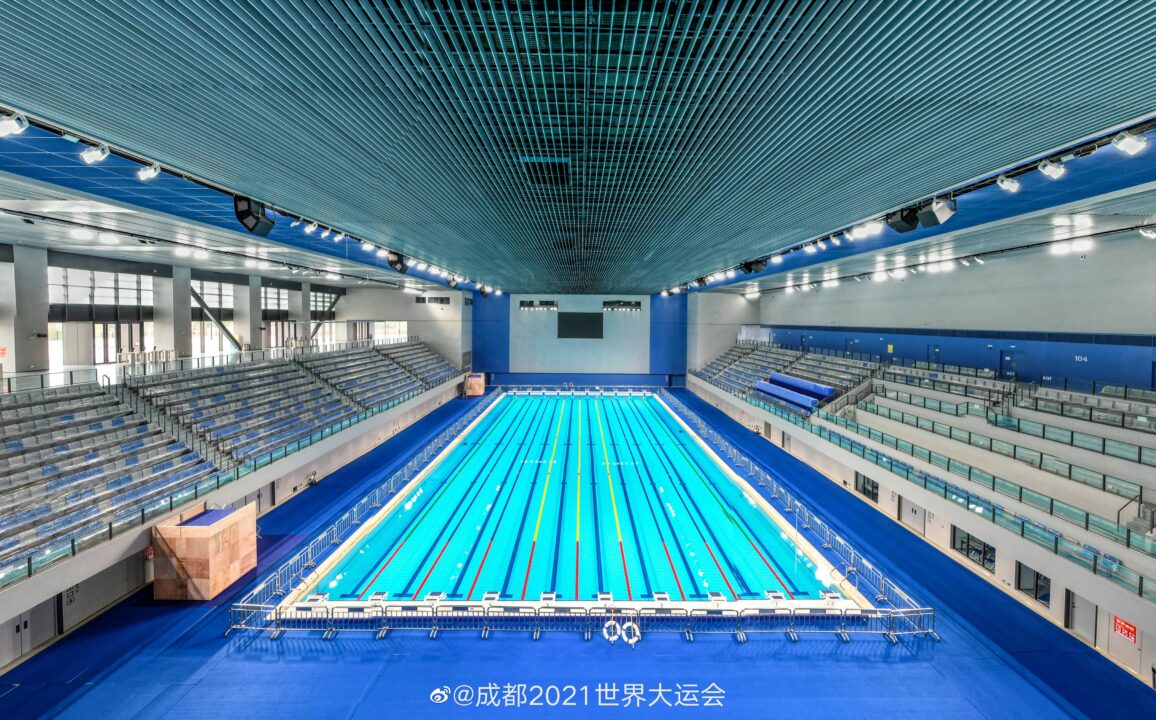 The Games have now been rescheduled for a second time after being pushed back one year due to avoid conflict with the Tokyo 2020 Olympic Games. Archive photo via Chengdu 2021

The Chengdu 2021 World University Games have been postponed for a second time.

In an official announcement made Friday morning, FISU, the governing body for world university sport, said that the competition has been rescheduled until 2023 due to “continued uncertainty over conditions.”

The Games were initially scheduled to take place in the summer of 2021, but were rescheduled after the postponement of the Tokyo 2020 Olympic Games.

“The decision to reschedule Chengdu 2021 is not one that was made easily, but it is the right decision for university athletes. Their welfare is always our number one priority. Continued uncertainty over conditions has made rescheduling the sensible choice – a number of National University Sports Federations had already changed their plans,” said Acting FISU President Leonz Eder.

“Taking a team to the FISU World University Games is a great responsibility and FISU is confident that this decision will enable the greatest possible number of university athletes to attend next year.”

A number of national swimming federations had already pulled out of the competition, including USA Swimming, Swimming Australia, British Swimming and Swimming Canada.

Health and safety concerns regarding the COVID-19 pandemic were reportedly the reason for the postponement, with doubts over the Games coming following numerous lockdowns in several major Chinese cities, including Shanghai.

The 2022 Asian Games, scheduled for Hangzhou, China, were also postponed on Friday.

Chengdu 2021 organizers were reportedly hoping to implement a “closed loop” system to mitigate the spread of COVID-19, similar to the one used for the Beijing 2022 Winter Olympics.

The pandemic has already caused the cancellation of the 2021 World University Winter Games in Lucerne, Switzerland.

Earlier this week, FISU also suspended hosting rights of Ekaterinburg, Russia, which was slated to host the 2023 Summer World University Games. Those Games were scheduled for August 8-19, though FISU didn’t confirm dates for next year’s Chengdu Games.

The 2023 Winter World University Games remain on for Lake Placid, N.Y., in January.

The 2025 Summer WUGs will be hosted by Rhine-Ruhr, Germany.