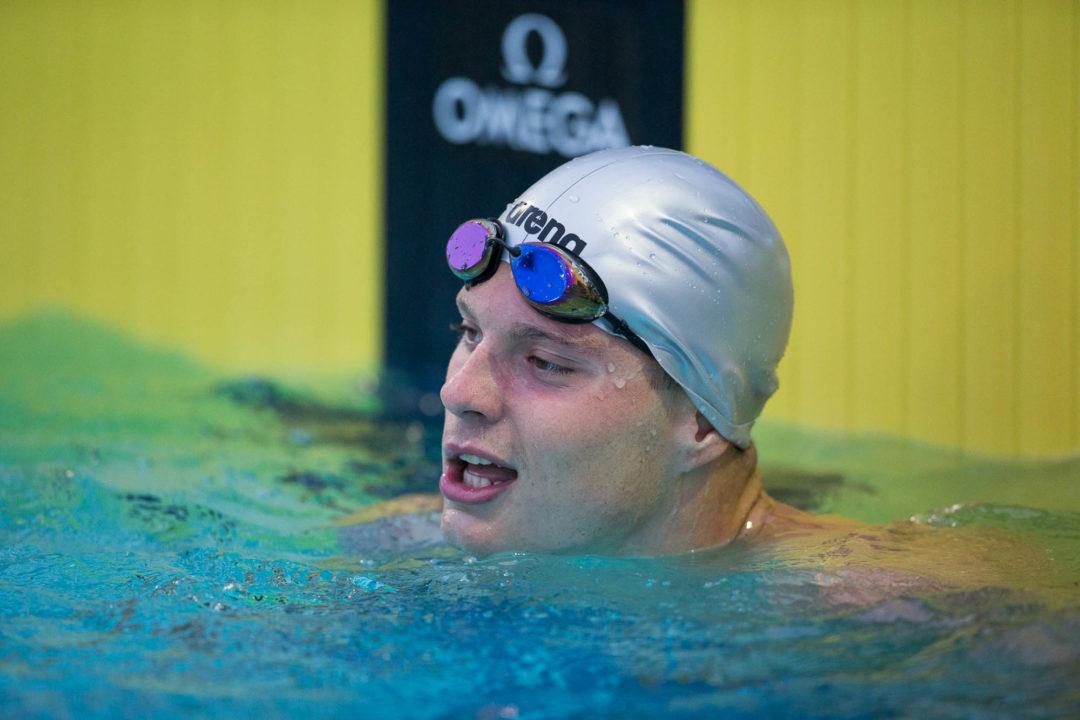 Incredibly, Ukraine continues to be a force to be reckoned with at this Games, despite the horrific state of their home country in the midst of Russia’s invasion. Many Ukrainian athletes have found sanctuary in nearby countries where they can continue to train.

Ukraine pulled a 1-2 punch in the men’s 100 breast, led by Oleksii Kolomiiets, who won the race in 1:05.67. Kolomiiets won the race handily, touching the wall 1.90 seconds ahead of fellow Ukrainian Vladyslav Hrystenko, who finished 2nd in 1:07.57. American Matthew Klotz, primarily a breaststroker, took 3rd with a 1:07.76. Klotz was out well ahead of Hrystenko on the first 50, but was unable to hold his pace through the back half of the race.

Only 3 women competed in the 200 fly, with American Carli Cronk winning yet another Gold medal at these Games. Cronk swam a 2:18.40, touching first by 13 seconds. Anita Makhnyk picked up Ukraine’s 3rd medal of the session, swimming a 2:31.72 for Silver. Orsolya Zsilinszki out of Hungary picked up Bronze.

Japan picked up another Gold medal at these Games, with Ryutaro Ibara claiming victory in the men’s 100 fly. Ibara swam a 56.18, using a strong back half to get into the finish first. Poland’s Konrad Powroznik and USA’s Matthew Klotz, swimming in his 2nd race of the fay, both were out faster than Ibara on the first 50. Klotz was out the fastest, swimming a 26.26 on the first 50, followed by Powroznik in 26.48, then Ibara in 26.40. In the end, Powroznik touched 2nd in 56.60, and Klotz 3rd in 56.91.

Latvia grabbed Gold in the women’s 50 free, with Zane Embrekte touching in 26.62. She won the race by over a second, leading Italy’s Sara Managno, who won Silver, by 1.17 seconds. The U.S. picked up another Bronze medal with Brooke Thompson finishing 3rd in 27.91.

The Americans would end the session on top, winning the women’s 4×200 free relay in 8:59.55. Emily Massengale, Kaitlyn Weatherby, Brooke Thompson, and Carli Cronk teamed up to get the job done. Ukraine picked up Silver and Italy Bronze.