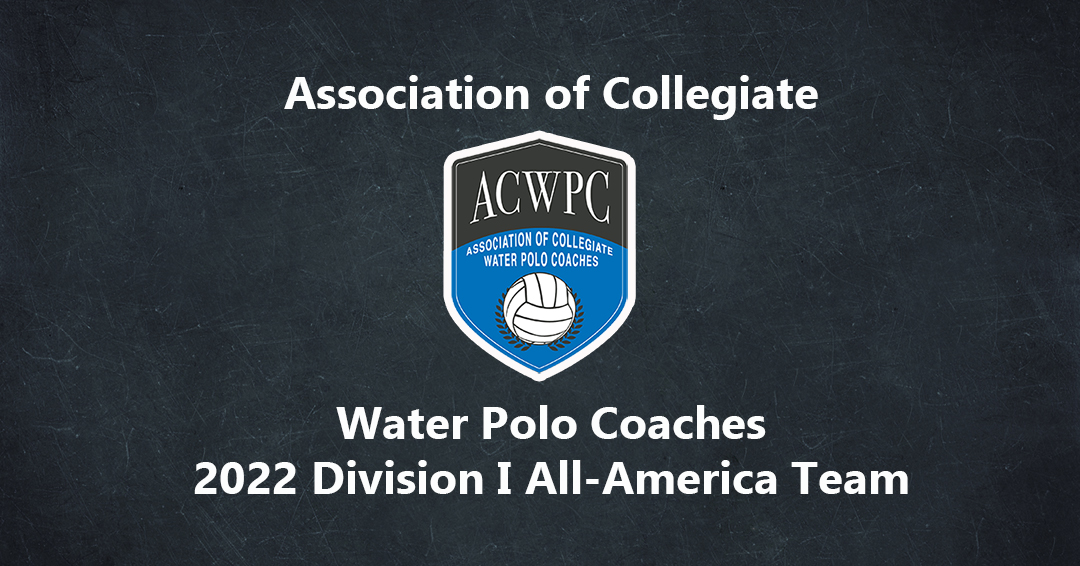 The 2022 Women’s Division I All-America Team is comprised of 80 student-athletes represented by 31 institutions. Current photo via ACWPC

Mackenzie Fischer of 2022 National Collegiate Athletic Association (NCAA) Champion Stanford University leads the team as the ACWPC Division I Player of the Year, while Stanford head coach John Tanner takes accolades as the Division I Coach of the Year.  The awards mark the inaugural Player and Coach of the Years honors since the conclusion of the 2019 season as the accolades were not presented following the COVID-19 pandemic abbreviated 2020 season.

The ACWPC All-America teams are selected based on nominations and voting by the head coaches of each varsity program.

Since 2005, the mission of the ACWPC is to promote the development and advancement of collegiate water polo.  This shall be accomplished by providing its membership with professional education, services, training and a united voice.