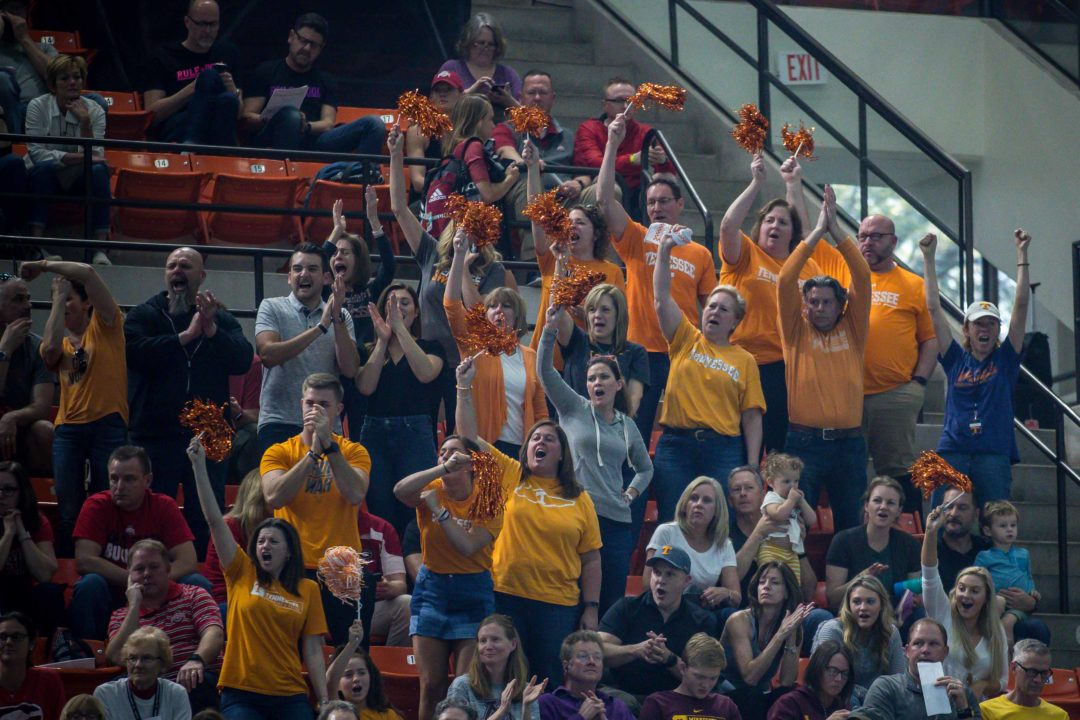 The Miami Hurricanes won both diving events on day 2 of the Zone B Championships, and Tennessee's men added a fourth NCAA diver. Stock photo via Jack Spitser/Spitser Photography

The Miami Hurricanes won both diving events on day 2 of the Zone B Championships, and Tennessee’s men added a fourth NCAA diver.

Miami’s storied dive program took home titles on women’s 3-meter (Emma Gullstrand) and men’s platform (Zach Cooper). The Swedish freshman Gullstrand was second on 1-meter yesterday and won 3-meter today in a banner weekend for the rookie. Cooper is a platform specialist who will make a return trip to NCAAs in that event. He was 4th at the national championships in 2019, with only one of the divers ahead of him returning this year.

Tennessee’s men added Keegan Richardson, who was 7th on platform. He joins Bryden Hattie, Will Hallam, and Matthew Wade on the NCAA roster. Hattie, a freshman was third on 3-meter Sunday and second on platform Monday.

In other qualifying news that could impact the team points battles, Florida qualified one more men’s diver on day 2. Leonardo Garcia was fourth on platform and earned his NCAA bid. He was inside the top 12 on 3-meter yesterday, so although he didn’t earn his invite there, he is now eligible to dive that event at NCAAs by virtue of being inside the top 12.

The MANVOL divers will score more points than the manvol swimmers.