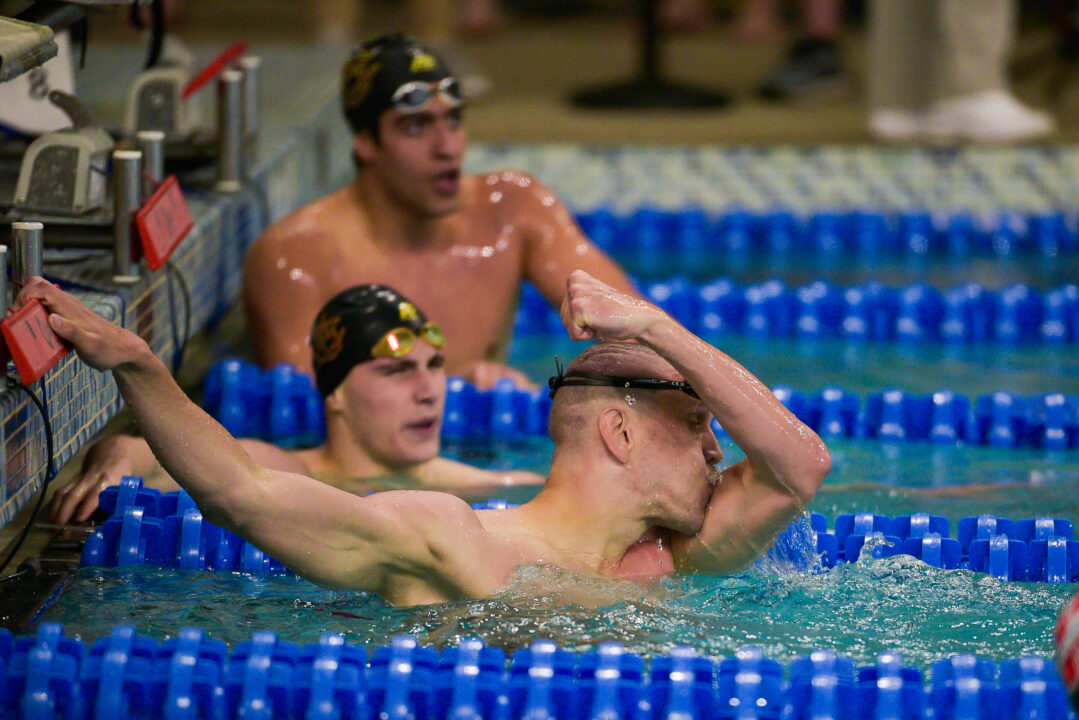 Queens and Drury are projected to finish within 10 points of each other, which means it's still anyone's game. Current photo via The NCAA

The battle between Queens and Drury tightened slightly on Friday, with Drury making up a few points in finals. The Panthers were expected to have a stronger Day 4 than the Royals, which is why they are projected to finish within a ten-point margin.

The real excitement is being played out among Indy, Lindenwood, McKendree, and Delta State who are vying for the next four spots. After Wingate and Grand Valley, there’s a free-for-all among Wayne State, Missouri S&T, Florida Southern, Northern Michigan and Colorado Mesa.

Here are the projected standings taking into account tomorrow’s seedings: