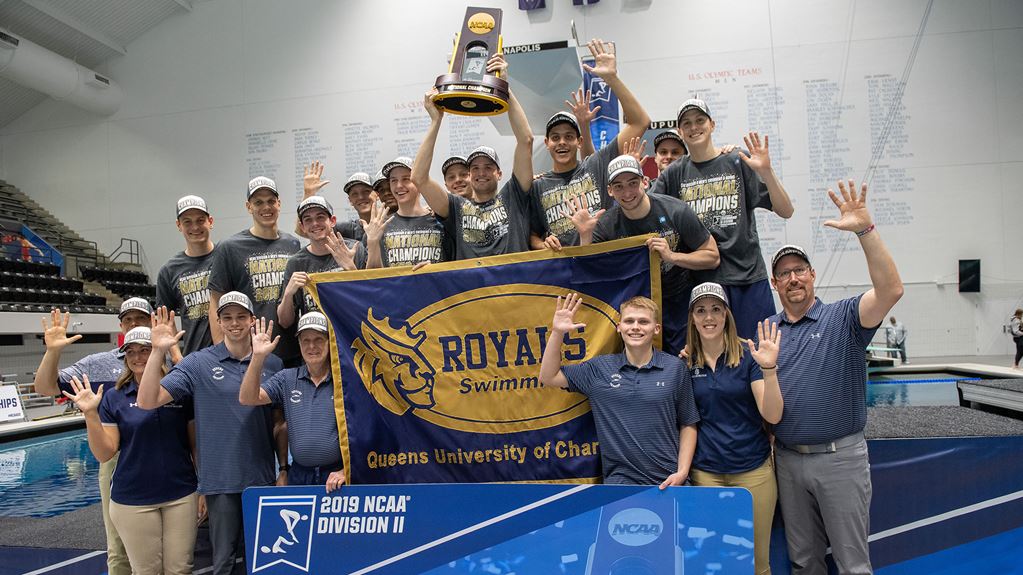 The Queens University of Charlotte men (above) and women have each won the last 5 NCAA Division II Swimming & Diving Championships. Archive photo via ZJB Photography/Queens Athletics

The NCAA Division II Management Council has postponed the 2021 NCAA Swimming & Diving Championships by a week. The meet will now be held from March 17-20 in Birmingham, Alabama, as compared to the original dates of March 10-13.

The move was made to reduce the number of individuals present at the CrossPlex in Birmingham because of the ongoing coronavirus pandemic.

Originally, the event was scheduled to include swimming & diving, track & field, and wrestling national championship events on the same weekend at the massive sports center, but that event has been canceled.

Track & field will keep that weekend at the CrossPlex, while swimming & diving will move to the next weekend. The wrestling championships will keep its same dates, from March 12-13, but at a to-be-determined location.

In parallel, the NCAA changed the swimming & diving playing and practice season from 144 days to 151 days to account for the later national championship dates.

The NCAA acknowledged that most Division II conferences will not begin athletics activities until after January 1, resulting in a compressed regular-season schedule. As part of that, they reduced the minimum number of men’s and women’s basketball contests required to be eligible for selection to the national championship tournaments from 15 to 11.

The Queens University men’s and women’s teams are the 5-time defending NCAA Division II Champions. The 2020 championship was scheduled midway through with the onrushing uncertainty of the coronavirus pandemic.

I’m sure COVID will go away in between that week.

Glad they have the smarts and guts to hold the meet!!