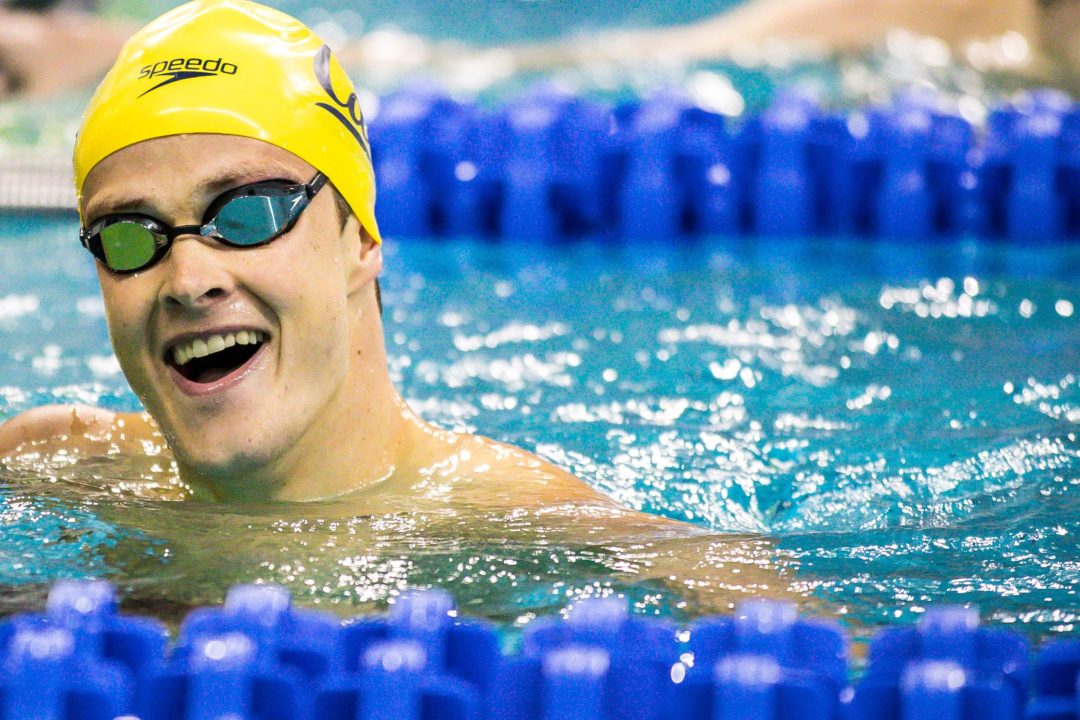 Senior Daniel Carr led a quartet of Cal swimmers advancing to the championship final of the 100 backstroke on Day 3 at Men's Pac-12s in Houston. Archive photo via Jack Spitser/Spitser Photography

Cal kept things rolling during Day 3 prelims, putting 15 swimmers into ‘A’ finals tonight, including four in both the 400 IM and 100 back.

Stanford also had a good showing to put 10 swimmers in ‘A’ finals and nine in the consols, and Arizona looks to be distancing itself from USC and Utah in the battle for third.

By all accounts Cal will take over the lead during tonight’s session, with the Bears’ hopes of winning every swimming event on the schedule still alive. While the Wildcats looks to be solidifying themselves in third, USC still has some ground to make up on Utah for fourth, with the Utes going 3/7 this morning compared to the Trojans’ 4/8.