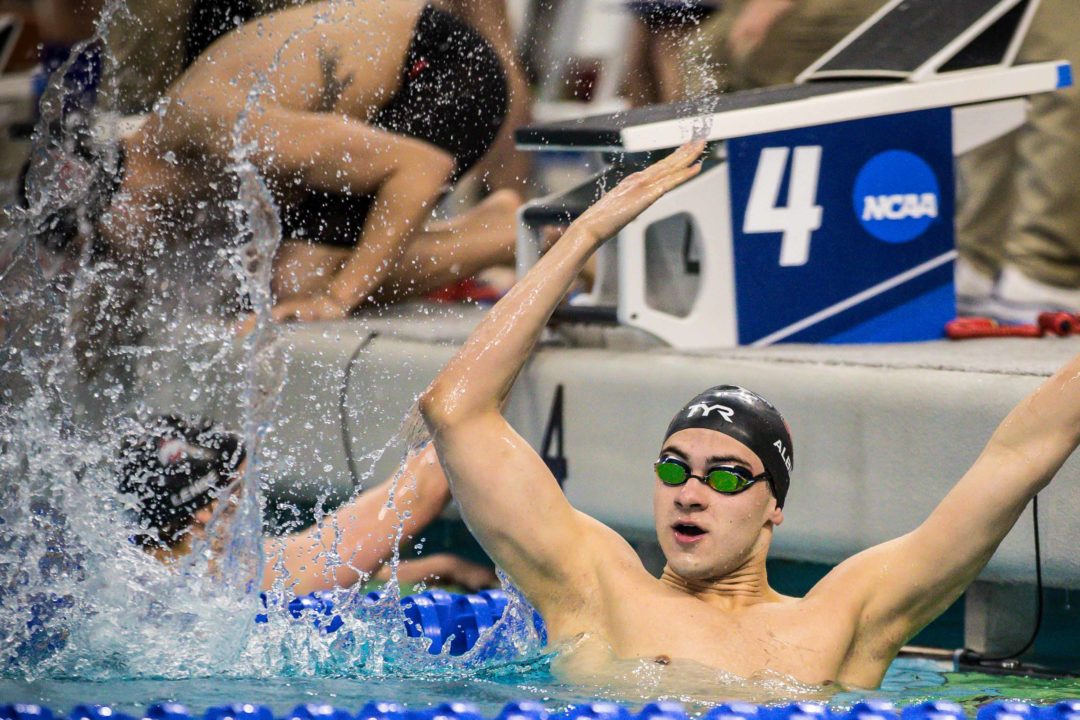 The Louisville Cardinals and NC State Wolfpack ended an exciting four days of racing with a 400 free relay that would decide the 2021 conference champs. Archive photo via Jack Spitser/Spitser Photography

In a thrilling conclusion to the 2021 ACC Men’s Swimming and Diving Championships, the team title came down to the final race. In a bit of twist, the two teams vying for the championship swam in two different heats, but that didn’t necessarily dampen the excitement.

The Louisville Cardinals went into the event with a 10 point leading, meaning that if they finished ahead of NC State, they would win. However, if NC State won and Louisville finished 3rd, the two teams would tie, and below 3rd, Louisville would lose.

Louisville threw down a 2:48.37 in the second heat, led by 42.03 leadoff by Haridi Sameh, the fastest leadoff leg of the night, and a 41.77 split by Nick Albiero, which would prove to be the 2nd-fastest of the night.

NC State freshman Luke Miller couldn’t match Sameh’s speed on on the leadoff, but the remaining legs threw down three of the five fastest splits in the field (three of four on a flying start) as NC State touched in 2:48.19. That gave the Wolfpack the win, but with no team managing to go faster than the Cardinals, Louisville secured the team championship by two points.

Check out all of the splits below. Leadoff legs are denoted by bold type.