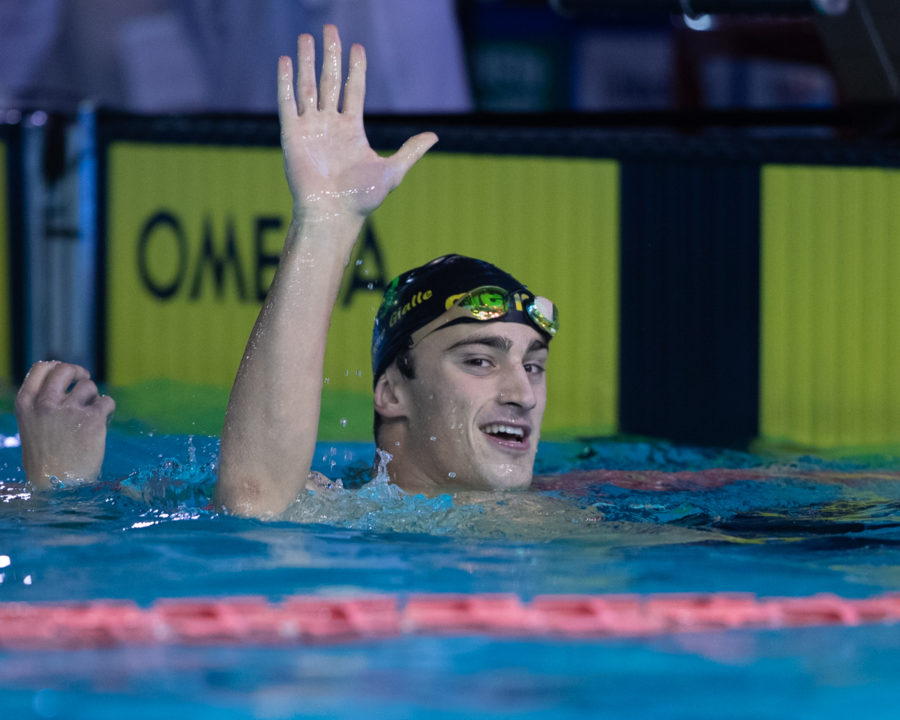 The host nation of Italy saw a big record bite the dust here on the final day of Sette Colli, with Alberto Razzetti taking down the men's 200m IM mark. Archive photo via “Rafael/Domeyko Photography”

Razzetti topped the field tonight in a big-time 1:58.09 to overwrite the Italian standard of 1:58.23 Alessio Boggiatto put on the books over a decade ago.

Razzetti is set to join the new International Swimming League (ISL) squad of the Toronto Titans for the league’s second season.

Just one man got under the 2:00 barrier in this 200m IM but it was a big one, with Alberto Razzetti taking down an over-decade old national record.

Touching in 1:58.09, Razzetti finally overtook the Italian record of 1:58.33 that Alessio Boggiatto put on the books way back in 2009. For Razzetti, the 21-year-old had never before been under 1:59, owning a previous lifetime best of 1:59.25 from last August’s Italian National Championships.

Look for a separate post on Razzetti’s monumental record.