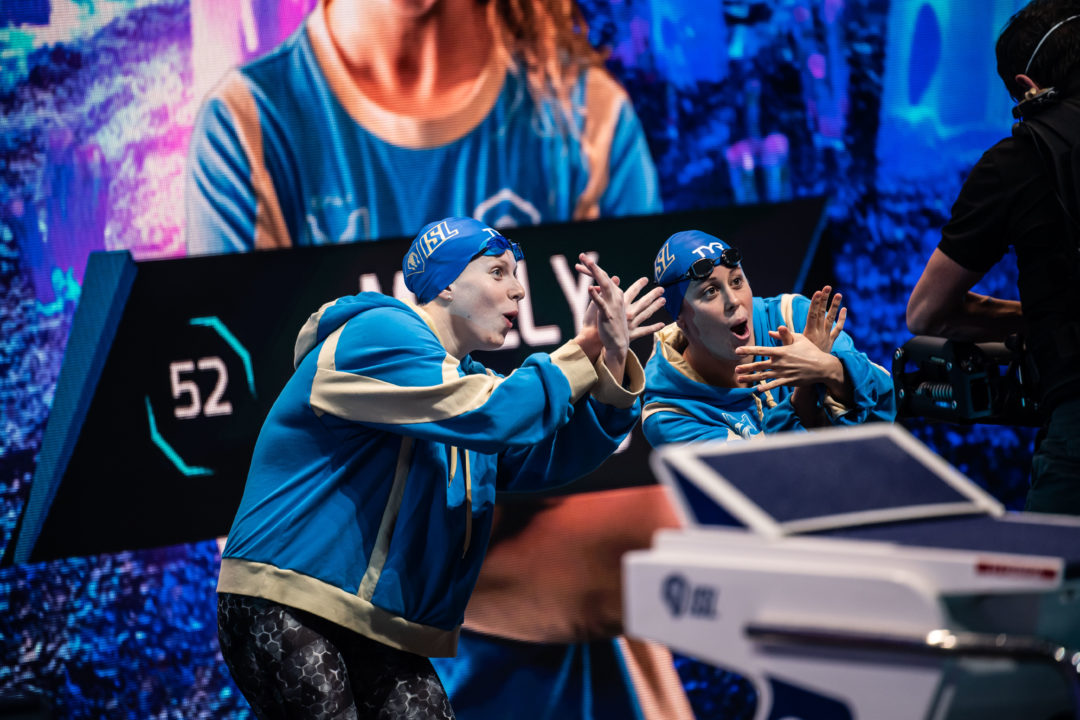 Match 4 of the regular International Swimming League championship season was dominated by Cali Condors but Iron and NY Breakers put on a good show in the battle for second place. The teams were separated by only 9.5 points headed into the final event, the men’s 50 breast skins race. Iron’s Emre Sakci won all three rounds, sealing his team’s second-place finish. But had the Breakers gotten Marco Koch and Michael Andrew, who both made the semi-final cutoff, into the final instead of Sakci and Cali Condors’ Caeleb Dressel, the Breakers would have finished in second place by 7.5 points over Iron.

Six of the teams have now competed twice; the other four have only one match under their belts. With their Match 4 win, Cali Condors have moved ahead of LA Current to lead the league standings with 8 points. Iron second runner-up finish has given them a total of 6 points, tying them with Current for second place overall. Breakers have moved to the middle of the pack with DC Trident, Energy Standard, and Tokyo Frog Kings.

Probably a 200 at a Pro Swim Series

It’s all cause of “Guerra”

No. You have to give all the credit to the GOAT, Ray Looze. If you follow the GOAT, you will always come out on top!

yep, outside of Dressel Cali Condors men are weak.

I don’t agree with this take at all. Non Dressel Condor men won something like 5 or 6 events at this meet, and once Fink is back they have at least 1 person who will be competitive in the final in every event except the long two IMs and the 400 free, which are probably the least valuable events in this format. Guys like Stewart and Ress are really valuable in this format, and Kacper has been very impressive.

Honestly, Cali men’s weak link were their breastrokers. Even the 18 year old Eddie Wang won the 200 fly for Cali. Lots of others contributed valuable points.

And you have to remember that Cali had Mitch Larkin coming in so with him out the IMs went from a real strength to a liability.

Is this really college???

Many people hiding on this condors team. Team could consist out of 10 people and they would still win.