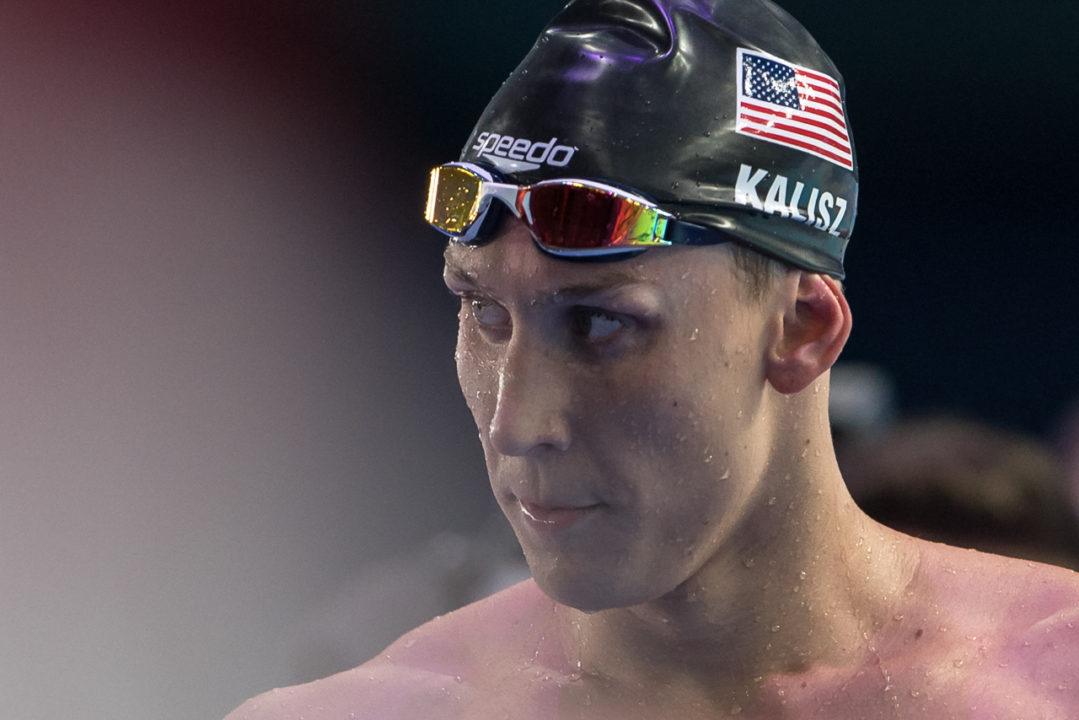 Japan's Daiya Seto won the event, meaning for the first time since 2001, a non-American will stand atop the men's 200 IM podium at Worlds. Archive photo via Peter Sukenik/www.petersukenik.com

The United States’ stranglehold on gold medals in the men’s 200 IM at the FINA World Championships has come to an end after 16 years and eight wins as defending champion Chase Kalisz took third Thursday in Gwangju.

For the first time since 2001, a non-American will stand atop the podium, as Japan’s Daiya Seto won in 1:56.14. Jeremy Desplanches, of Switzerland, took the silver medal in 1:56.56, and Kalisz went 1:56.78. Seto owned fourth-fastest time in the world this season heading into the meet, and Desplanches the fifth-fastest. Kalisz, who raced minimally this season, had the eighth-fastest time (from January); his best time is 1:55.40 from his win at the 2018 Pan Pacific Championships.

The streak comes to an end a day after world record holder Ryan Lochte became eligible to race following a 14-month suspension for receiving vitamins intravenously at a rate over the allowed limit. Lochte’s world record of 1:54.00 stand from the 2011 FINA World Championships. Phelps won the last four straight Olympic titles in the event, with Lochte taking silver in 2004 and 2012.

Hats off to Seto though. I was rooting for him as much as I enjoy watch Team USA dominate. He’s been workin hard this past year I knew he was gonna pull off something!

And I think this means he’s on the Olympic team now since he won the event at Worlds?