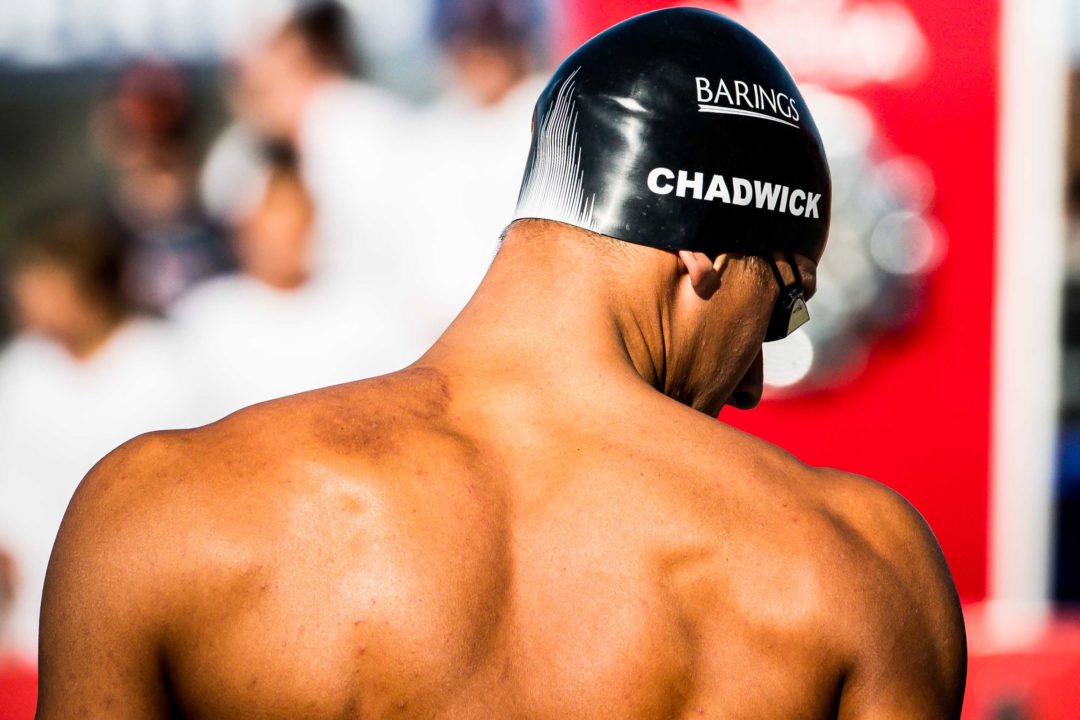 Chadwick will return closer to his home in Charlotte and train with his former college coach Mark Gangloff at North Carolina. Archive photo via Jack Spitser/Spitser Photography

US National Team swimmer Michael Chadwick announced via his Instagram account on Sunday that he will be leaving the Team Elite training group in San Diego and returning to North Carolina. There, he will train at the University of North Carolina under 2nd year head coach Mark Gangloff, who was on the staff at Missouri when Chadwick swam there as an undergrad.

Chadwick trained at Missouri from 2013 through 2017 and bounced back and forth between Missouri and Team Elite thereafter. The Team Elite squad, coached by 2016 US Olympic Women’s Team head coach David Marsh, was based at SwimMAC Carolina in Charlotte at the time. Chadwick grew up training with SwimMAC.

When Marsh’s time as CEO at SwimMAC ended in May of 2017, he took his training group west to Southern California, and Chadwick would eventually join them on a full-time basis.

In his Instagram post, Chadwick says that the move will bring he and his wife Cassi closer to home as they “transition to train for next summer’s rescheduled Olympic Games.”

He thanked Marsh for their time together, saying “Thank you (David Marsh) for fostering my love for this sport and inspiring me to reach for heights that I never believed were possible.”

He also ranked 5th last season among Americans in the 50 free thanks to a 21.95 at the Pan American Games. He won bronze in both the 50 and 100 freestyle individually as part of a 5-medal performance at the Pan Am Games. He was also on the winning American 400 free relay at the World Championships, splitting 47.92 in prelims.

Last season, Chadwick swam in the International Swimming League for the LA Current, which Marsh was the head coach of. This season, he has been announced to be joining the expansion club the Toronto Titans.

Does anyone else think us commenters talk about the insane depth of US men’s sprints a LOT?

Hugely overdue considering the 2014-2017/2018ish comments about how poor our sprinting depth was.

B Relay could medal in Tokyo. Insane.

San Diego is not a cheap place to live. I understand wanting to live closer to family. Best of luck!

That was a jaw dropper for me as well

Coley can coach i guess.

Completely understand. The extra year put a damper on many swimmer’s lives…..jobs, colleges, grad schools, or even enthusiasm! Michael has been married for a while so affects a lot of people. Good luck atUNC

Pretty amazing that Townley, with zero fast-twitch fibers, is in there at #9. If there were a 100 LCM course, and not just a 50 M one, he’d be knocking on the door.

0 fast twitch muscle fibers? You do know he’s split 18’s in practice and a handfuls of 41 lows at NCAAs right?

“You do know he’s split 18’s in practice” – #stufftexasclaims

Were those 18’s on the Schooling monotonous practice watch or the Shebat post-DQ practice watch? That 20.06 50 free at 2019 NCAAs isn’t exactly an endorsement for fast-twitch. Actually, with that 20.06, I just dunked on you.

What or who.is that structure named for & why was it built ? Need to see receipts .too.