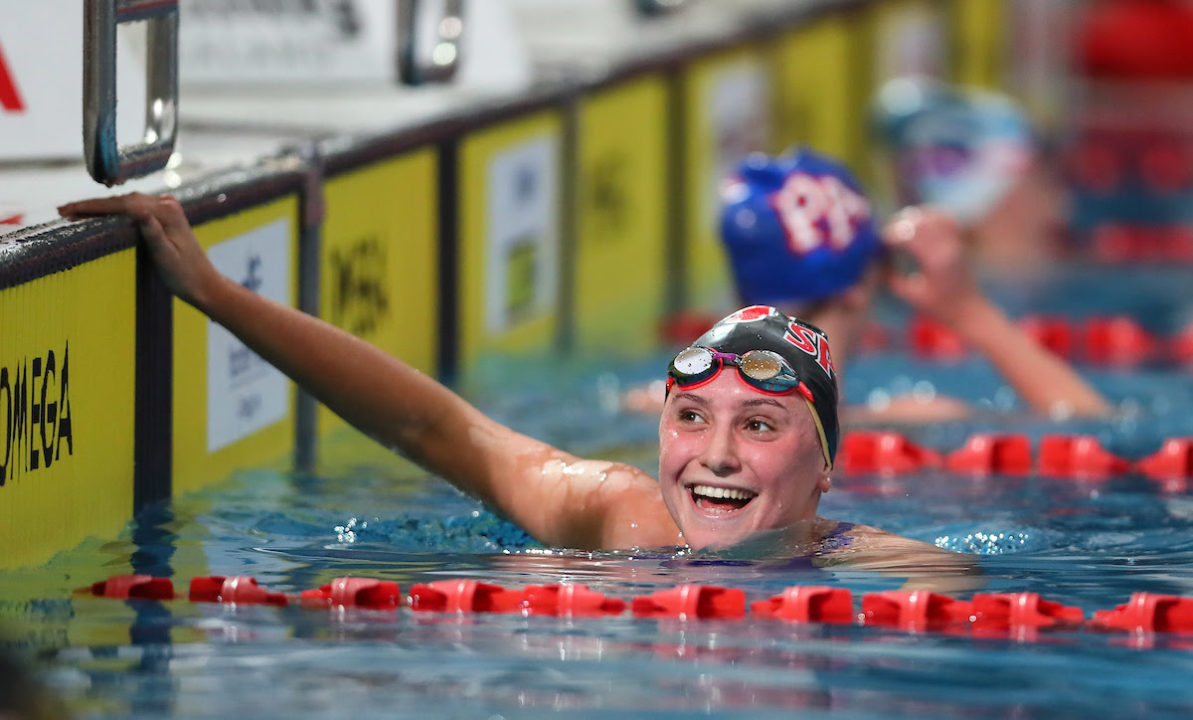 18-year-old Eve Thomas collected a World Championships-worthy time in the women's 800m free to close out the NZ Open in Auckland. Current photo via Simon Watts/www.bwmedia.co.nz

The final night of the 2019 New Zealand Open Championships took place in Auckland, with the final World Championships roster set to be announced shortly.

15-year-old Erika Fairweather completed her breakthrough senior meet with another win here in Auckland, tripling up on her 400m free and 200m free victories from earlier with a gold in the women’s 100m free tonight.

Hitting the wall in a time of 55.74, Fairweather produced the only sub-56 second time of the final, with runner-up Gabrielle Fa’amausili about a half second behind in 56.33. For Fairweather, her splits of 27.44/28.30 put the Neptune Swim Club teen within range of her own lifetime best of 55.60 clocked at this year’s NZ Age Group Championships.

Her time falls just short of the necessary 55.10 development consideration standard listed in the NZ Selection Policy for the World Championships, but she made the grade in the aforementioned free events.

Additionally, Fairweather qualified earlier for the World Championships as a member of the women’s 4x200m free relay.

Veteran Daniel Hunter took the men’s 100m free in 49.73, while Matthew Stanley represented the only other sub-50 second man of the field in 49.96.

22-year-old North Shore Kiwi Wilrich Coetzee got the job done in the men’s 200m fly, hitting the wall in 1:58.51, while Eve Thomas produced the winning mark in the women’s 800m free of 8:41.31. At 18, Thomas falls under the development consideration time of 8:43.75 to potentially add her name to the Gwangju roster.

Sophie Pascoe (QUII) broke her 4th WPS World Record of the week in the women’s S8 100m Freestyle, finishing in a record-breaking time of 59.78 seconds.