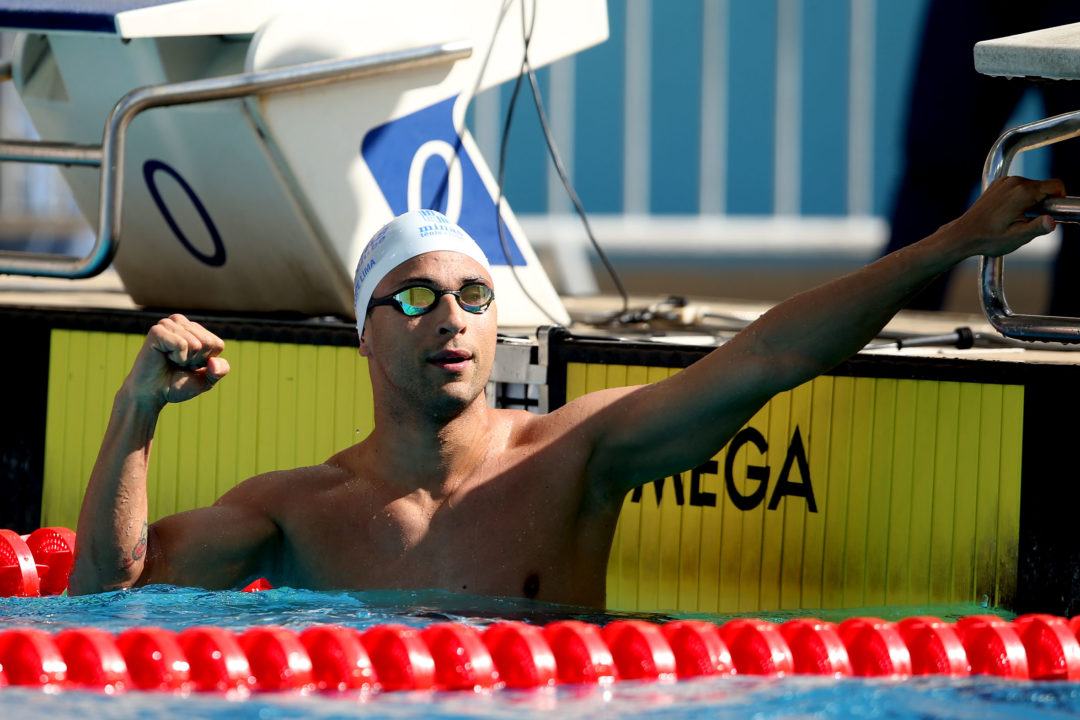 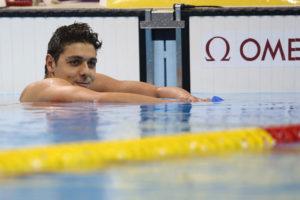 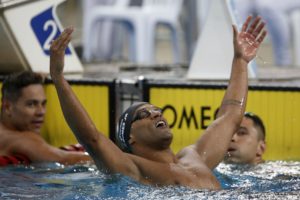 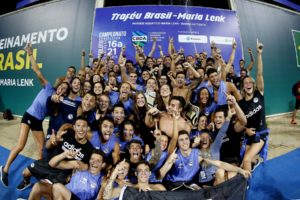 Luiz Altamir Melo, the third place finisher in the men’s 200 freestyle on night one, went out fast and held on through the finish. He blasted a 1:56.77 to take a tight win in the men’s 200 fly over a charging Leonardo De Deus, who finished right behind in 1:56.95.

Since both athletes missed the FINA ‘A’ standard of 1:56.71, Melo is the only secured qualifier for the FINA World Championships this summer. Both Melo and De Deus’s times are within the top 25 times in the world thus far.

In the women’s 200 fly, Ilaria Cusinato and Virginia Martin lead the way from start to finish. Cusinato took it out fast, but Martin held on the entire way; making a big push in the final few meters. Cusinato held on, though, stopping the clock at 2:11.03. Martin held on for the runner-up position, recording a final time of 2:11.63.

Teammates Delfina Pignatellio and Giovanna Diamante also dipped below the ‘B’ cut, putting up times of 2:12.08 and 2:12.45, respectively. Diamante was the highest-finishing Brazilian, so she should get the slot for this event at World’s.

Four people dipped below the 1:00 barrier in the men’s 100 breaststroke.

Joao Luiz Gomez took it out quick, heading into the final last comfortably first. Breaststroke veteran Felipe Lima had a huge last 50 to close the gap, however, and Felipe Silva and Caio Pumputis also charged close behind.

In the final meters, Lima had a huge lunge to the wall to appear to take the lead from Gomez. Instead, the two ended up tying for first, clocking a final time of 59.56. Both times are under the FINA ‘A’ Cut Standard of 59.95, so the two should automatically qualify for Worlds.

Felipe Silva picked up third with his 59.71 to edge out Georgia Tech sophomore Caio Pumputis by the slimmest of margins – he cracked 1:00 for the first time in his career to finish in 59.72.

The men’s mile saw a game of cat and mouse between Guilherme Pereira da Costa, the national record holder in the event, and Diogo Villarinho. Costa took it out quick, but Villarinho fought hard to catch up in the middle of the race; overtaking the lead for a small portion of the back-end.

With his win in the mile, Guilherme Pereira da Costa is the first Brazilian in history to qualify for Worlds in both the 5K and the 1500. Both Costa and Villarinho were barely under the FINA ‘A’ Cut of 15:07.38.

When Mallory Comerford hit the water on the 3rd leg of Minas Tenis’ 400 free relay, her team was more than a body-length behind Pinheiros.

She erased that deficit in a hurry, splitting a 52.88 on Minas’ anchor leg to pull the race into a dead-heat. She turned the race over to anchor Andressa Lima, who split 56.38 to overtake Pinheiros’ Lorrane Ferreira in the final 50 meters and secure the win in 3:42.49. Pinheiros was 2nd in 3:42.49.

To put into context just how impactful Comerford’s swim was on this relay: her split was 1.2 seconds faster than the Brazilian Record in the 100 free.

Relays are often-times secondary at selection meets, but not in Brazil, where the relays carry huge scoring implications.

And among the relays, this men’s 400 free was the most anticipated in the country in a while. That anticipation drew not from any expectation of a competitive race; rather, it drew from the fact that Pinheiros’ relay was made up of the top 4 finishers in the individual men’s 100 free. So, Pinheiros’ relay is Brazil’s relay.

Minas Tenis extended their team lead to 190 points after the 4th day of competition. The presence of Mallory Comerford has buoyed their score and has effectively created the gap in what would otherwise be a neck-and-neck meet.

Vilarinho was the one to qualify for pool and open water
Pumputis pb before Brazil trophy was 1:01:71
Also Guilherme is sick he has a stomach infection and could barely compete this week