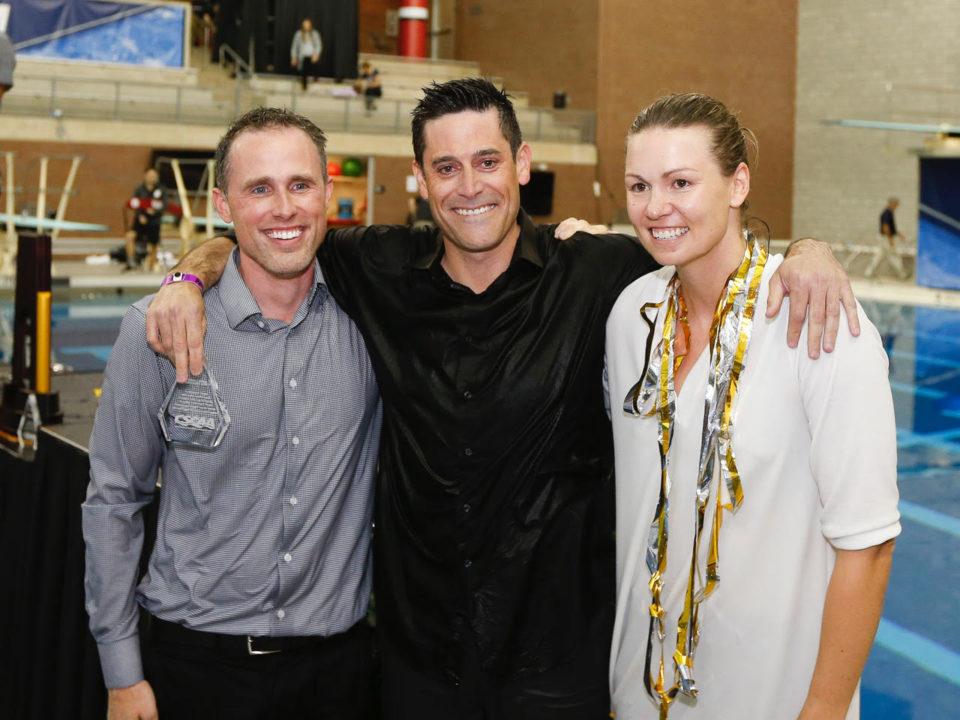 A loaded Stanford roster took the lead and never looked back at NCAAs, winning by 220 points - the third-largest margin of victory in NCAA women's swimming history. And Stanford's sweep of all five relays was just the third relay sweep in women's NCAA history. Archive photo via Tim Binning/TheSwimPictures.com

It was an unprecedented show of dominance from Greg Meehan‘s Stanford women at NCAAs in 2018.

A loaded Stanford roster took the lead and never looked back at NCAAs, winning by 220 points – the third-largest margin of victory in NCAA women’s swimming history. And Stanford’s sweep of all five relays was just the third relay sweep in women’s NCAA history.

A look at all Stanford finishers who placed in the top 3 at NCAAs:

Watch out fo Tennessee this year now that they are not so sneaky good! If they can score in both Medley Relays by not getting DQed, they WILL FINISH TOP 4