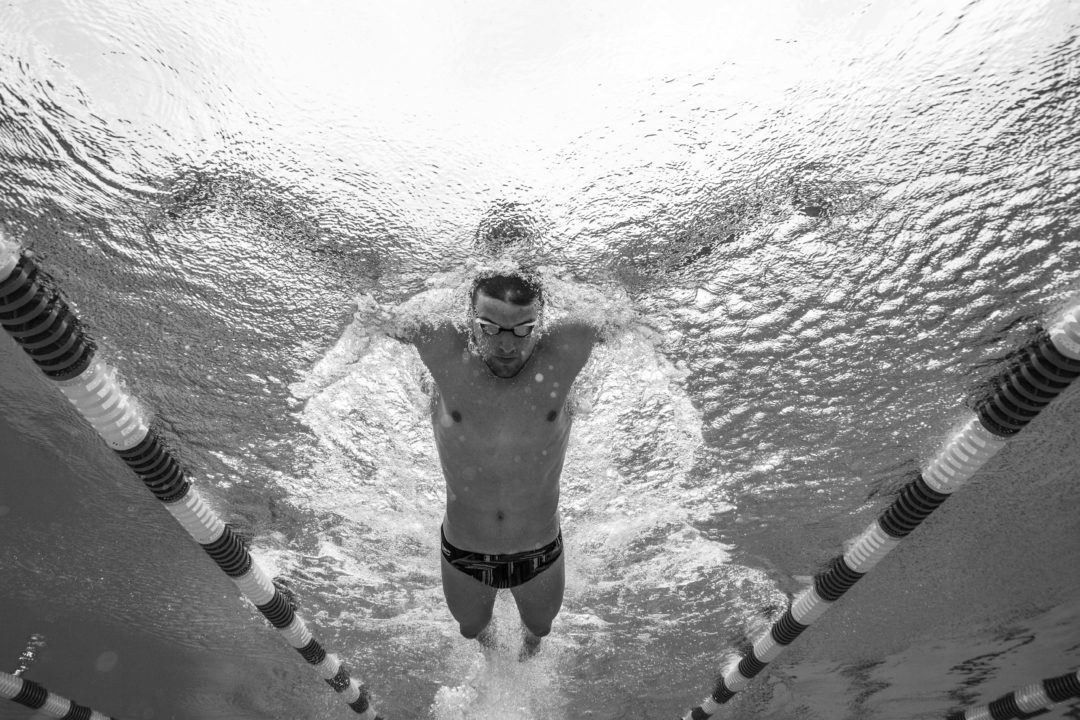 Queens senior Paul Pijulet is top seed in the 100 fly, 100 back, and 200 back at the 2018 NCAA Division II Championships. Archive photo via Mike Lewis/Ola Vista Photography

The 2018 NCAA Division II Men’s Swimming and Diving Championships gets underway tomorrow, Wednesday, March 14 in Greensboro, North Carolina. The defending champion, Queens University of Charlotte, is hoping to extend its title streak to four years in a row and comes into the meet heavily favored with 14 swimmers, 12 of whom are projected to score in the top-16 of 29 events. Nova S’eastern and Drury will be expected to battle for second. Division II-newcomers Oklahoma Baptist leads the next wave of challengers that consists of Fresno Pacific, Lindenwood, and Tampa. Of all these schools, only Oklahoma Baptist and Lindenwood have divers in the meet.

Grand Valley State has 5 divers entered in this year’s meet; the Lakers are followed by Colorado Mesa and Delta State with 4 divers each, and Cal Baptist with 3.

Queens seniors Pijulet and Kusch, defending champions in the 100 fly and 200 fly, respectively, come in with the top times in those events. Pijulet’s 45.60 leads the field by well over 1 second; Drury freshman Pavel Semochkin is seeded 2nd with 46.73.

Florida Southern junior Matthew Holmes (1:46.28) is the top seed in the 200 IM by 0.20 over defending champion Kusch (1:46.48) of Queens. Arakelian is seeded third with 1:46.97. The Royals have a third top-5 qualifier in senior Inigo Alarcia. UIndy junior Rodrigo Codo Berti is seeded 4th.

The top men’s ten teams from the psych sheet, including distance events and relays, but excluding diving, are as follows: