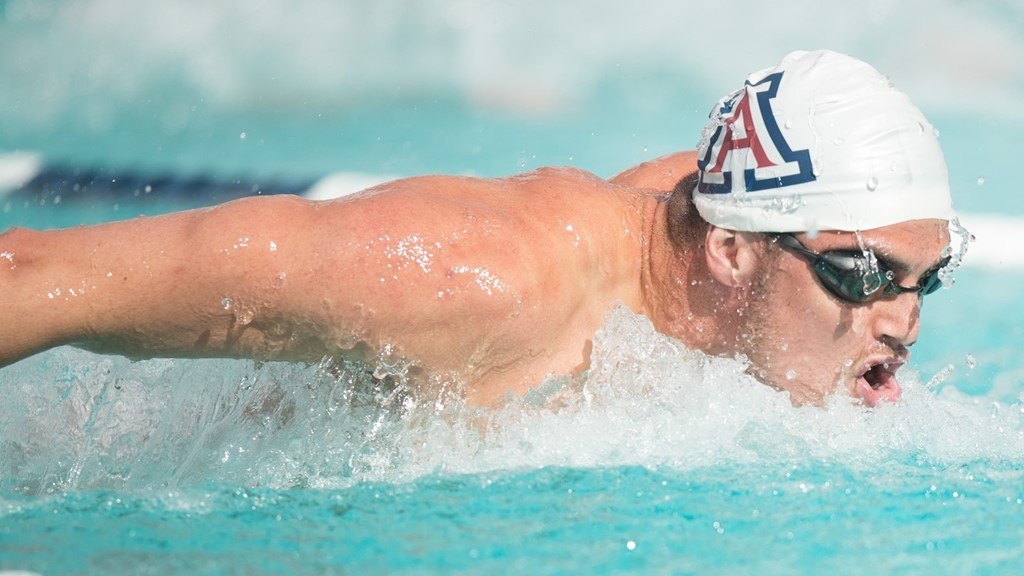 Arizona had a deficit to overcome after diving, and their DQ in the 800 free relay set them back on day 1. Though they're in 6th after day 2, they may have built up enough momentum this morning to close in on Arizona State in the battle for 4th tonight. Archive photo via Tim Binning/TheSwimPictures.com

*NOTE: This report does not include relays.*

Heading into day 3 finals at the 2018 Men’s Pac-12 Championships in Federal Way, Washington, the Cal Bears are poised to extend their lead over Stanford. Cal, Stanford, and USC should come out as the top 3 after tonight’s finals, but things get interesting in the 4th place battle. Arizona had a deficit to overcome after diving, and their DQ in the 800 free relay set them back on day 1. Though they’re in 6th after day 2, they may have built up enough momentum this morning to close in on Arizona State in the battle for 4th tonight. At the very least, they should be able to move into 5th ahead of Utah.

TEAM SCORES AFTER DAY 2 (INCLUDING ALL DIVING):

you are seriously misinformed. coaching changes take time to show returns- that timeline is exacerbated by impatient fans with no vision ^^

I’m not a fan. Apparently just misinformed. Perhaps things will really get clicking for Augie just like they did for Sam at TCU?

wonder if it is Augie’s doing then why Virginia has done so well this year? Oh wait… no. It’s DeSorbo

Not to say anything about Team Busch but this doesn’t seem like the day to gripe. Arizona is outperforming expectations here; coming into the season they were left for dead behind ASU not to mention Cal/Stanford/USC and yet they had a pretty good morning – more A-finals than USC or ASU. I guess they’ll finish 5th, right where they were last year..

I don’t know what you’re talking about?? Arizona swam well this morning… I was more surprised with ASU performances over the last 3 days. I was expecting more from ASU.