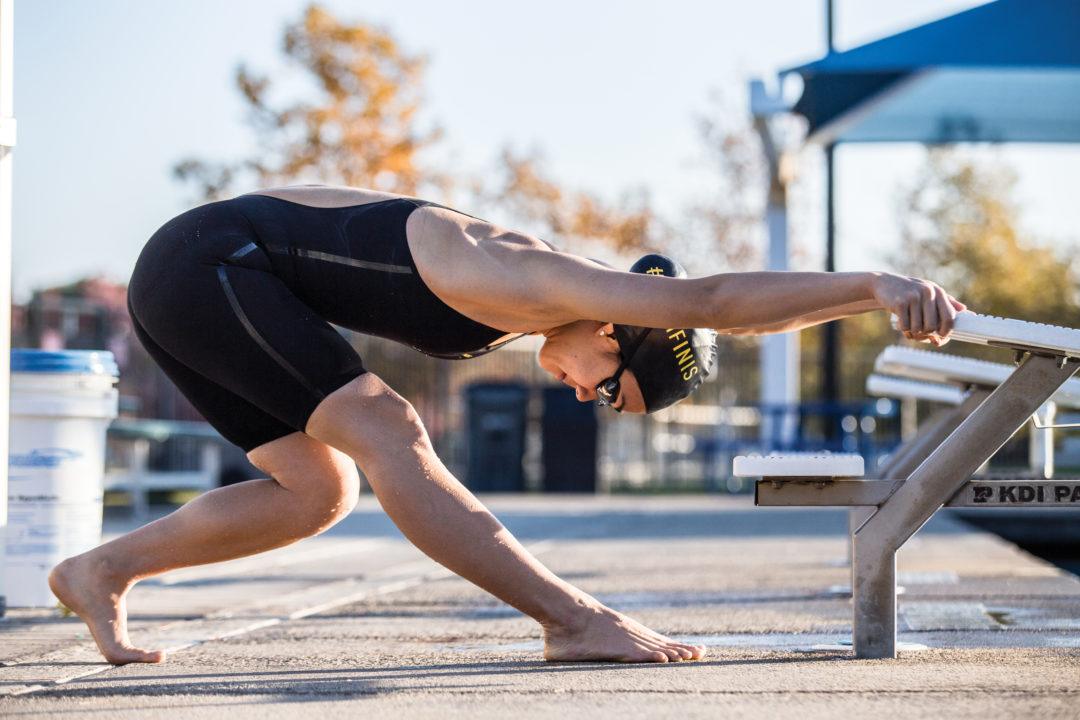 Following the pattern of the rest of the meet, day 4 saw some unexpected results. Current photo via FINIS

Following the pattern of the rest of the meet, day 4 saw some unexpected results.

Anton Ipsen was a popular choice to win the 1650, picked by 35%. Favorite Felix Auboeck was 2nd. The main surprise was in third where Nick Norman appeared in only 7% of reader’s top 4s. 4th place Zach Yeadon was the second most popular pick at 17% to finish 2nd.

The 200 back mostly played out as people expected. Austin Katz was the favorite of 60% and he ended up winning. John Shebat (2nd place, in 30% of people top 4s) and Patrick Mulcare (3rd, in 40% of top 4’s) were popular picks, but 4th place Bryce Mefford was a surprise. He was picked 4th by only 2 people (well done Daniel O’Connell and Reid).

Caeleb Dressel won the 100 free to the surprise of no one (2 people did pick someone else. Their strategy did not work). Ryan Held was the top pick for 2nd at 69%. Justin Ress was a bit of a dark horse in 4th appearing in only 10% of top 4s. 4th place Blake Pieroni was no surprise appearing in 81% of top 4’s.

One event that did not go to plan was the 200 fly. 70% picked Joseph Schooling to win the event and he failed to even get a second swim. 20% picked Zheng Quah who ended up 6th. Winner Andreas Vazaios was picked by only two people to win (well done CavaHOOK’em and AESwimFan) and by only 24% in the top 4. 2nd place Jan Switkowski appeared in only 5% of top 4s. 3rd place Vini Lanza was a popular choice, but 4th place Mike Thomas was picked by only 2% of top 4s.

NC State were able to come through for the 66% that picked them to win. Florida, Texas, and Cal were the consensus pre meet next 4 in this event.

There was a tie for the overall championship between DAH and brendanblood who both finished with 236. DAH will claim the prize as brendanblood is not prize eligible. They were followed by MrMEC with 235, BAD PICKS HERE with 234, and SplendidEfficacy with 232.

The final daily winner was MrMEC with an absolutely massive 171 points. They were followed by kooter with 147, DAH with 146, the ironically named BAD PICKS HERE with 145, and SplendidEfficacy with 143.

If you want to view how you finished check out the standings speadsheet here.

Not sure how MrMec predicted the team standings so well but congrats. Either way, my pickem for men’s NCAAs is absolutely trash.

The team points ruin these contests, there’s too much at stake there. look at some of the daily scores pre-last day for the winners. you can have trash picks and win because of the team finish order

i dropped over 200 spots and was in the top 2 after the relay…I picked nearly every champion right for the whole meet but was off by 1 spot on most of the team finishes. LAME!

On a side note: Dean Farris is a god among men and only under performed to make sure he wasn’t noticed.

He’s so humble he didnt want to win