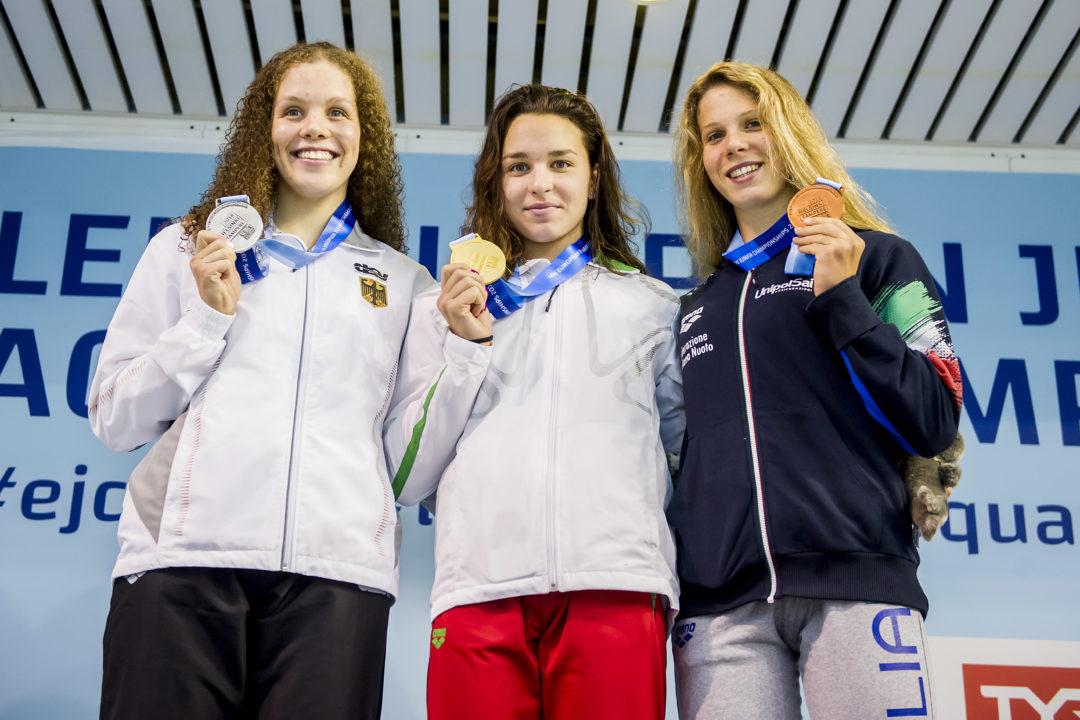 In yesterday’s finals, Hungary’s Kristof Milak proved once again that he is one of the fastest butterfly swimmers at the moment. He stands on the top of the 2018 FINA World Ranking in the 200m fly and won the event on the European Junior level with a time of 1:53,91. Milak’s teammate Ajna Kesely took the win in  the women’s 1500m freestyle on Friday evening. That victory pushes her medal count up to four gold medals.

Freya Anderson took the top seed in Saturday’s preliminary session in the 50m freestyle. She was clocked at 25,59. The 17-year old posted her personal-best time in 2017 with a time of 25,44. She previously won the 100m freestyle on day 2 of this meet.

I warned he was a star in waiting pre-meet, but the way he has developed his freestyle in the past 12 months is insane. He is going to be a big name by 2020.

I noticed Gorbenko; Her breakthrough is well timed for Israel after Polonskoy, the favourite for gold pre-meet, seemingly WAY off her best missing the final for them. Israel may have been looking at two IM medals.

Agree, that 200 IM was a gross mistake. I hope our incompetent national coach won’t force her to swim other than 400 free and 4*200 relay in Glasgow.
However, I see a bit different Milak’s case. He is a grown up champion, a junior meet imho is just a training session for him now.

My humble opinion is that what Ajna needs the most this year is an adult individual European Champion title. If that was the only drive, she could get it in 400 free by going below 4:04.
I still can’t believe that they made her swim 200 IM to experience failure.
Kapas is swimming 200 fly against Belmonte? No comment…

She said it. I think she’s a bit tired and want to do some different too. Not aganst Belmonte. Just for herself.

OFF: Don’t get me wrong, I just love Kapas. What I guess why she is down for two years now is a poor diet. Period. This swimming federation of ours…

Attila, I know it and we don’t know the exact cause either.

About Ajna, true.
One more thing about Bogi. She could swim against Katinka, Lilu, Zsu, so her end can be in the heats. The 4 best qualified Magyars will be in Glasgow…