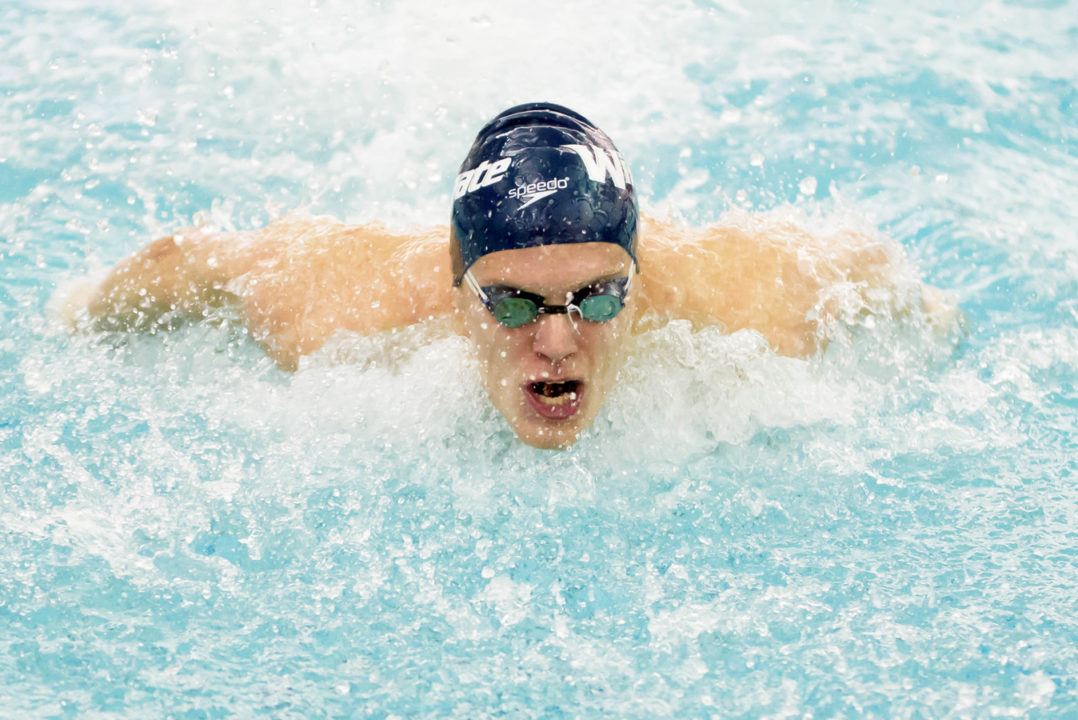 Leif-Henning Kluver was one of the Wingate Bulldogs who had a strong morning on Day Two of the 2017 NCAA Division II Championships. Archive photo via Stacey Wiley

Wingate led the morning session of Day Two with 39 points over their seedings. The Bulldogs added swimmers and/or improved their positions in every event except the 400 IM and the medley relay. Wingate was in fact disqualified in the relay, but they had been seeded 16th so it wasn’t as significant a hit as it was for Indianapolis, whose DQ cost them a spot in the A relay. Drury, Fresno Pacific, and Simon Fraser (and this, despite a DQ in the men’s 400 medley relay) were the other big winners on Thursday, each gaining significant points over their seedings and improving their standings overall.

At the other end of the scale, Colorado Mesa, Limestone, Indy, and Grand Valley had tough mornings.

Below are the Ups (“A” finalists) / Downs (“B” finalists) for the teams who will be on the scoreboard at the conclusion of tonight’s finals: