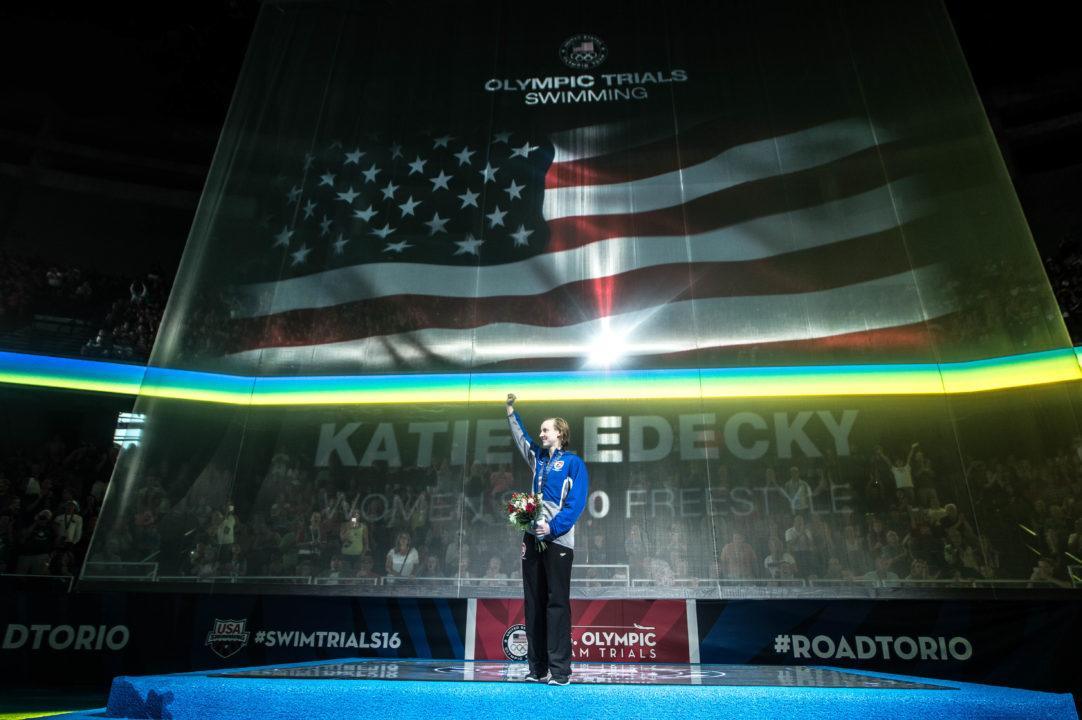 Katie Ledecky has scratched the 50 free for this morning, likely to rest for her main event, the 800 free tonight. Current photo via Mike Lewis/Ola Vista Photography

As announced yesterday, number four seed Natalie Coughlin is out of the event as well, after missing the team in her main events, the 100 back and 100 free.

Amy Bilquist of Cal has also scratched the 50 freestyle. She was seeded 11th in the event. Bilquist finished third in the 100 back (59.37) earlier this week.