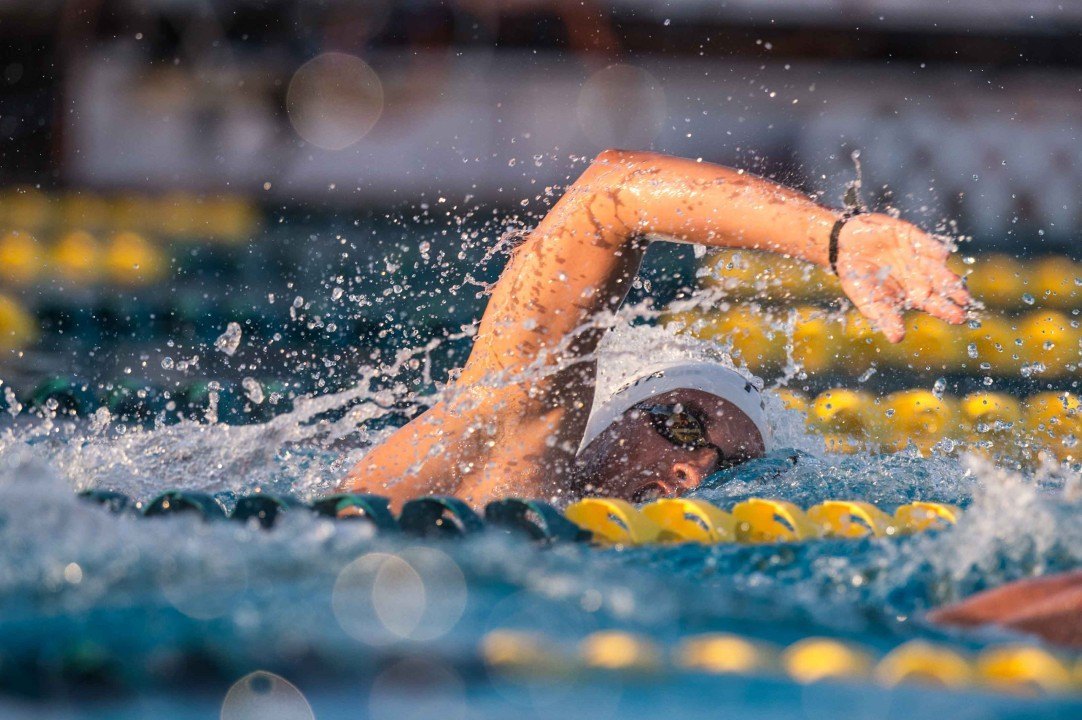 El Salvador's Marcelo Acosta reserved his spot in swimming history in 2016, as he became the first man from El Salvador to qualify for the Olympics with an "A" cut. Archive photo via Mike Lewis/Ola Vista Photography

2016 CARIBBEAN/CENTRAL AM. MALE SWIMMER OF THE YEAR: MARCELO ACOSTA

El Salvador’s Marcelo Acosta reserved his spot in swimming history in 2016. At the Arena Pro Swim in Orlando, Florida, Acosta became the first swimmer from El Salvador to qualify for an Olympic Games with an “A” cut. His 15:13.09 at that meet was a new National Record, and ranked him 10th in the world at that point in the season. In Rio, Acosta’s successful run continued with 3 new National Records. He dropped another 5 seconds in the 1500 free with a 15:08.17, also breaking the 800 free record with his 8:00.85 split in that race. Additionally, he lowered the 400 free record to a 3:48.82.

Acosta is now competing as a sophomore with the University of Louisville, and looks to be a huge asset for the Cardinals in the distance freestyles. At their mid-season focus meet, the Louisville Invite, Acosta blasted a 14:47.79 to win the 1650 free by over 25 seconds. That cut nearly 15 second off his former personal best 15:02.00 from 2015, and marked his first sub-15 minute mile ever. He also broke 4:20 for the first time in the 500 free, dropping 4 seconds with his 4:16.49 at the invite.

Marcelo has a great future at Louisville!