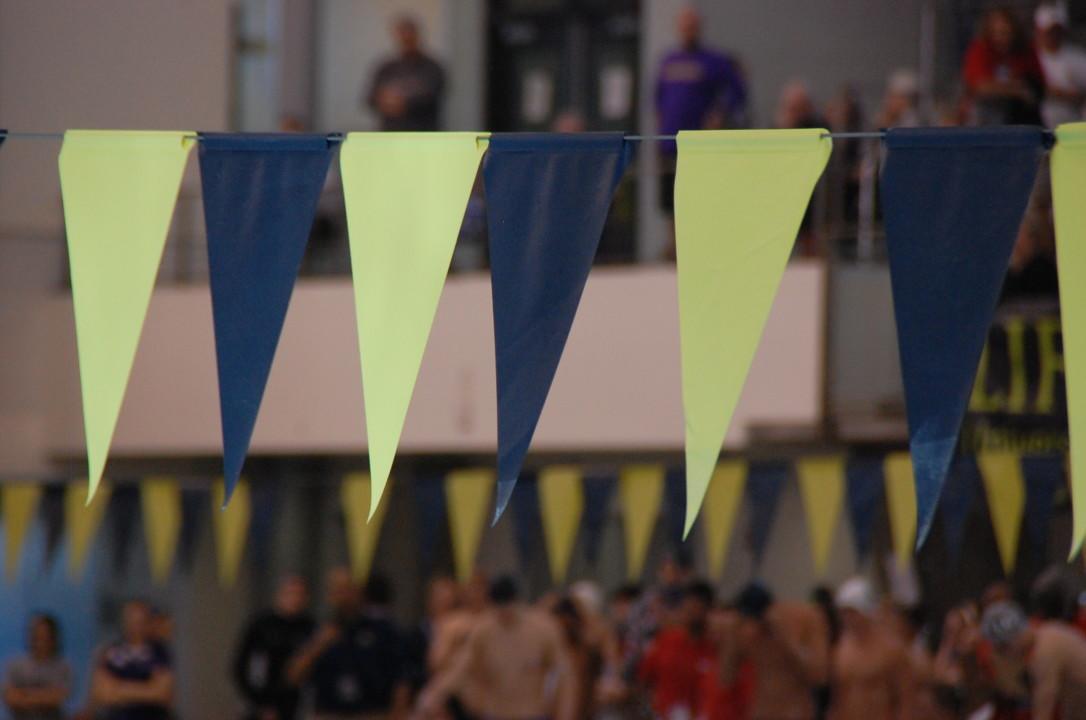 Queens has been the favorite since Day One, but to be fair, they still had to work for their victory. Throughout the meet the Royals did what was expected of them and then some, and Day Four was no exception. Six women made their respective championship finals, including an impressive three in the 100 free where, in addition to NCAA record-holder Patri Castro Ortega, the Royals placed two freshmen.

UC San Diego and Delta State had strong mornings, as did West Florida and Findlay. UCSD made up quite a bit of ground on Wingate, especially with excellent results in the 200 breast, but barring a relay DQ or some other unforeseen event in finals, the Bulldogs should hang on at number two in the final standings.

Below are the Ups (“A” finalists) / Downs (“B” finalists) at the conclusion of Day 4 prelims.

The projected top ten names hadn’t changed all weekend, but a tough 200 breaststroke miss for Cal Baptist opened the door for Truman State or Nova Southeastern to slip in at number 10. West Florida and Wayne State both had big relay performances on the final day, which may have edged them past LIU Post in the final standings. In addition, West Chester, Wayne State and Drury did quite well in the earlier heats of the 1650; however those points haven’t yet been added to the projected totals below.

It is still very close, though, and anything can change in finals.

The format of the NCAA Division II Championship – 19 swimming and 2 diving events over 4 days – is different from that of Divisions I and III. So is swimming four individual events versus three. While the jury may still be out on whether or not it is harder to remain focused over three days of high intensity or four, Division II swimmers need to be “on” for four days. Lindenwood and Queens apparently got the memo. The Lions finished the final morning with 4 A and 2 B finalists and a relay in the A final; Queens went 4 up, 1 down and qualified the number 2 relay. Grand Valley had 1 swimmer and 2 divers up, 1 swimmer and 1 diver down, and a relay in the consolation. Delta State put 3 swimmers in A finals and a diver in consols, plus an up relay.

Wingate took a hit with a relay DQ, while Tampa had disappointing results in the 100 free.

Below are the Ups (“A” finalists) / Downs (“B” finalists) at the conclusion of Day 4 prelims.

While there is still a lot of wiggle room, especially since the 1650 free has yet to be counted in the projected final results, here is a general idea of what Saturday’s prelims did to the final standings: