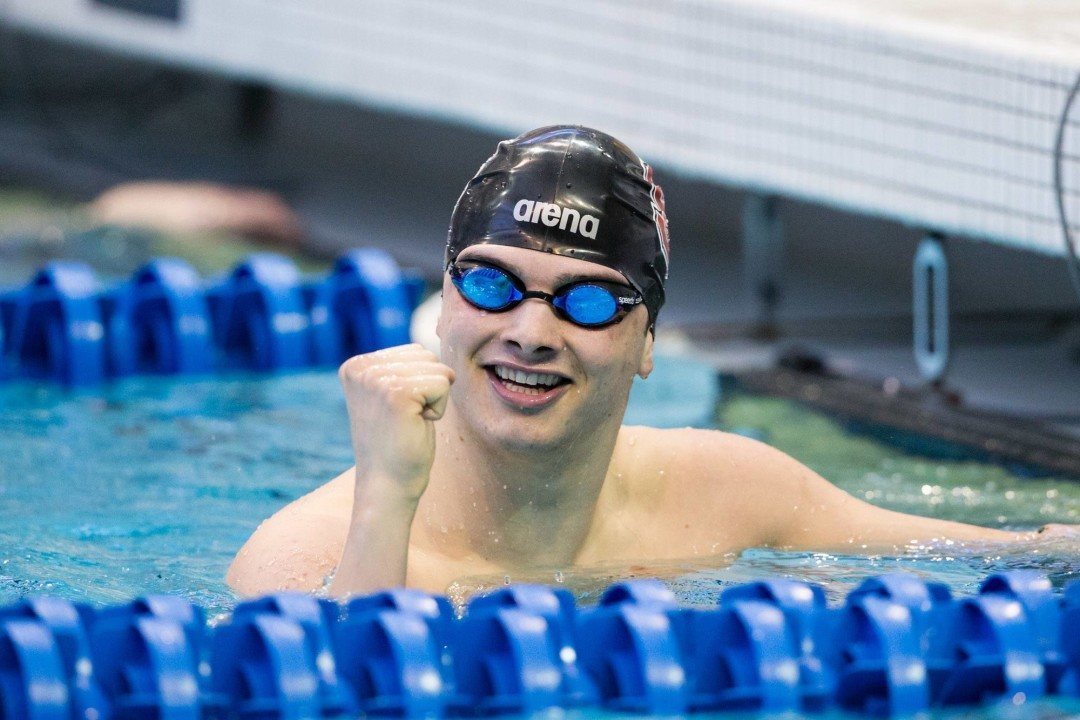 Day 3 prelims of the 2016 NC State GAC Invitational saw Wolfpack All-American Hennessey Stuart throw down a quick 1:40.04 to lead the men’s 200 back prelims. His teammate, All-American Alexia Zevnik, dropped a 1:53.70 to top the women’s 200 back field.

Zevnik returned to the pool in the next event, posting a 48.34 to take top seed in the 100 free as well. Her teammate Courtney Caldwell secured 2nd seed behind her with a 48.52 to set the Wolpack up in lanes 4 and 5 tonight. In the men’s race, Olympic gold medalist Ryan Held took control with his 43.22 for top seed. Behind him, Notre Dame’s Tabahn and Tennessee’s Kyle DeCoursey tied for 2nd seed with their 43.66.

UNC’s Sarah Koucheki was the fastest woman in the 200 fly, taking top seed for finals after clocking a 1:56.47 this morning. Her teammate Hellen Moffitt, who won the 100 fly last night, is the 3rd seed behind Duke’s Isa Paez (1:56.92). Moffitt clocked a 1:57.50 this morning to give herself a shot at sweeping the butterfly races at this meet.

Most likely not tapered, but rested a couple days I’d bet. Fast swims though, you’re right