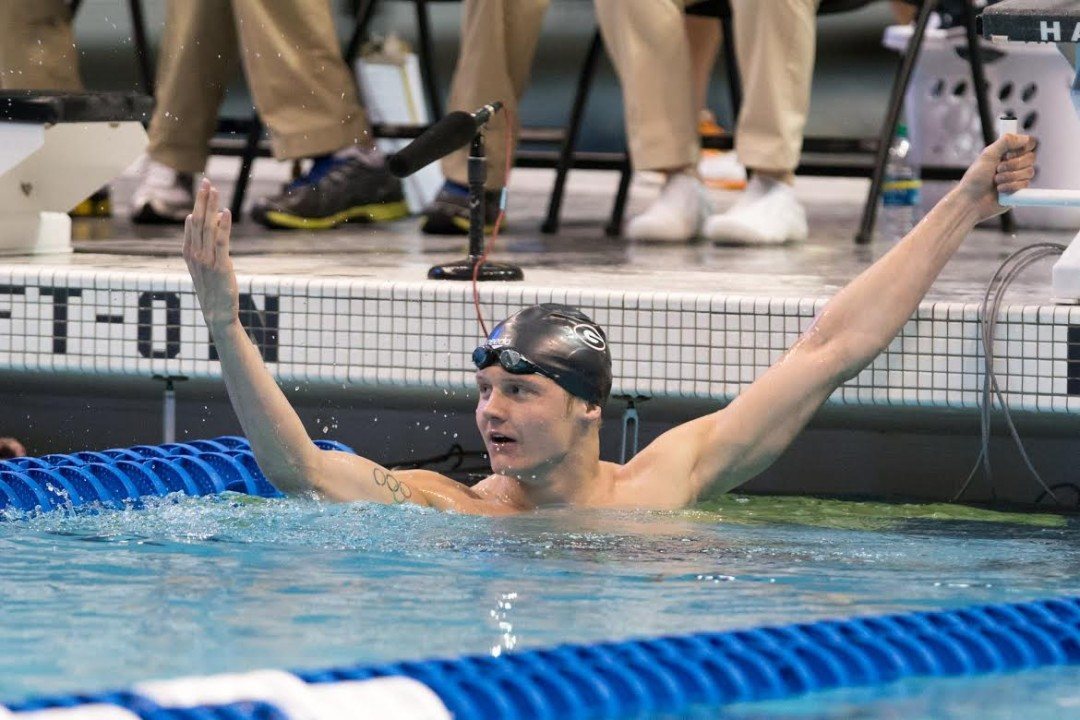 The Cal Bears had another big session, but only managed to make up 1.5 points on the meet-leading Texas Longhorns on Friday morning.  Nice swims by Trent Williams in the 200 free (jumping into the top 8 from a non-scoring seed) and Jacob Pebley in the 100 back (who was seeded outside the top 16 after not competing at Pac-12’s) boosted the Bears, while Texas responded with [expected] big jumps from Will Licon in the 400 IM and Townley Haas in the 200 free.  Notably, both schools also gained substantial ground in the 200 medley relay.

Three SEC teams also had great morning sessions, particularly the Georgia Bulldogs, who were an outside smoke in the 200 medley relay.  Tennessee (behind Peter Stevens in the 100 breast) and Florida (Mitch D’Arrigo in the 200 free) were the other notables.

On the other end of the spectrum, a slew of teams took some hits, with Indiana and NC State the biggest victims.  The Hoosiers went from a seeded 29 points in the 100 breast to 9.5, and also slipped in the 200 free and 100 fly.  The Wolfpack had some poor misfortune, with two 9th places (including the medley relay, where they were the top seed) and a 10th place finish.

Below is a full scoring update coming out of the Friday preliminary session.  We’ve also included each teams’ psych sheet scoring to better represent how each particular team is performing relative to their seeds.  The final column shows–if seedings hold tonight–what each team’s new projected final score would be.

NOTE: WE WILL UPDATE THIS FOLLOWING 3-METER DIVING PRELIMS

Wheels are falling off the bus for NC State. Too bad, they showed so much promise after yesterday’s prelims to hang with the big boys.