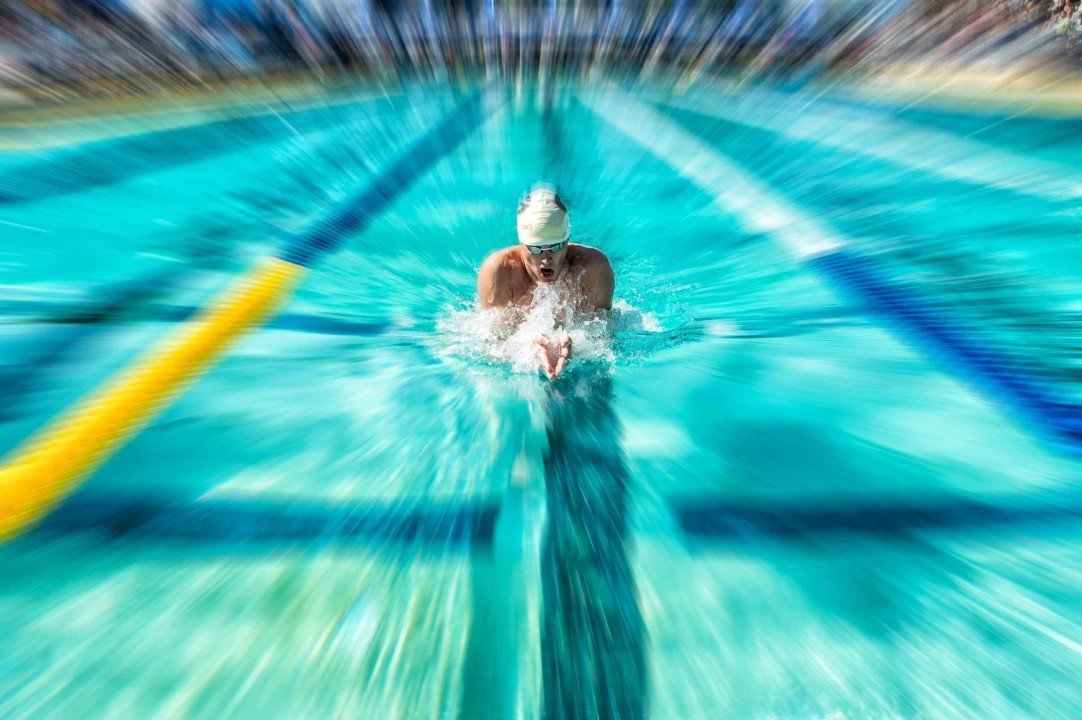 Georgia sophomore Gunnar Bentz will be looking to move up from last year's 8th-place finish in the 200 IM at NCAA's, but he'll likely have to spar against a star-studded cast of fellow returners: Will Licon, Josh Prenot, Ryan Murphy, and Dylan Bosch Archive photo via Mike Lewis/Ola Vista Photography

Last year at NCAA’s, David Nolan lowered his own American Record by seven-tenths of a second to become the first man to ever go under 1:40 in this event.  Texas Longhorn Will Licon was not too far behind him. His time of 1:40.09 made him the 3rd-fastest ever in this event, behind Nolan and Ryan Lochte, and on paper makes him the prohibitive favorite heading into Thursday’s event.  However, four other A-finalists return, and considering it took 1:42.44 in prelims to make the A-final, there is little margin of error, even for the best swimmers.

As you look at the psych sheet, the top of it is not dominated by the swimmers who made the championship final last year, but rather mostly by veterans who have had some career years so far.  The big question for these guys at the top is whether or not they’ll be able to hold, or drop from, their seed times in preliminaries.

At the top of the psych sheet sits Auburn junior Joe Patching, who has the swiftest time in the NCAA so far this season with a 1:42.21 from the SEC championships.  His freshman year he finished 18th after dropping a little time off his seed, and last year he finished 21st after going a little slower than his seed time in prelims, so he should be fighting for a spot in the A-final, but it doesn’t look like he’s likely to have the additional drop in time it’ll take to win.

Junior Brandon Fiala of the Virginia Tech Hokies had a breakout meet at the ACC championships last month. He sits just behind Patching with a 1:42.26 from his winning time at ACC’s, and he also won the 200 breast and finished 2nd in the 100 breast.

At those ACC championships, NC State junior Soeren Dahl was actually in first place after the first two legs before Fiala out split him by about half a second on the back half.  Dahl ended up in 2nd with a 1:42.50, good for the 3rd seed.  Dahl didn’t swim this event at NCAA’s last year, focusing the 200 free individually and a few relays.

A pair of Florida sophomores show up next in the seedings. Jan Switkowski has been killing it this year at Florida after transferring from Virginia Tech, and his teammate Mark Szaranek placed 10th last year at NCAA’s.  They went 1:42.55 and 1:42.64, respectively at SEC’s, behind Patching.

Licon “only” has the sixth-fastest time this season at 1:42.85. That seed time is over a second slower than it was last year (1:41.67), which might give some pause, but there’s no reason to think he’s been fully tapered yet, and he dropped big time between Big 12’s and NCAA’s each of the past two years.

Michigan teammates Dylan Bosch and Evan White sit at 7th and 8th currently. Bosch has finished in 6th place each of the past three years, and undoubtedly would like to move up a few spots from that position in his final go around.  Bosch’s 1:43.02 seed time comes from his winning effort at the Big Ten championships last month.  White, a sophomore, finished 17th in preliminaries at NCAA’s last year, just missing out on the consolation final, and finished 2nd behind Bosch last month, touching in 1:43.11

Last year at NCAA’s, Josh Prenot finished 3rd, over two seconds behind Licon, albeit while reportedly being sick. He went on to have a great summer internationally, winning the 200 IM in a time of 1:58.38 at World University Games, while Licon finished 2nd behind Michael Phelps at USA Summer Nationals in 1:58.43.  Licon and Prenot will be swimming the same three individual events, and they should be battling for the victory in all three events, including this one.  Prenot’s 9th-ranked seed time of 1:43.13 comes from the UGA fall invitational, as he swam at the Orlando Pro Series instead of the Pac-12 championship.

We picked then-freshman Gunnar Bentz of the Georgia Bulldogs as our dark horse in this event last year, and he rewarded our prescience by dropping over a second to make the championship final.  He’s seeded 10th this year with a 1:43.17 from the SEC championship meet.  If the Georgia men in general, and Bentz, in particular, can ride their women’s team’s momentum into NCAA’s, Bentz should be primed to repeat his top-8 performance and maybe even be in the mix for the win.

Freshmen Ryan Harty of Texas and Andrew Seliskar of California both come in with a seed time of 1:43.26, tying them for 11th. We ranked Harty #9 and Seliskar #1 in their recruiting class before their senior year. Seliskar continued to improve his times and justify his #1 ranking, while Harty threw down some very impressive times that probably moved him up to just behind Seliskar and Harty’s Texas teammate Townley Haas in terms of incoming freshmen.  Given that it took a 1:42.44 to make the A-final last year, both Harty and Seliskar are going to need to drop some time in order to make the top 8 in prelims. That 1:43.26 represents a lifetime best for Harty, while Seliskar went 1:42.84 while still a high school senior.  Given the track record of both individuals and their respective schools, both guys should have a good shot at dropping the time they’ll need to make the top 8 out of prelims, although Seliskar looks like the better bet.

A pair of Stanford Cardinal swimmers sit at 13th and 16th on the psych sheet.  Senior Gray Umbach finished 2nd at Pac-12s in 1:43.41, while freshman Abraham DeVine finished 3rd in 1:43.51.  Last year Umbach swam a little faster than his seed time and placed 18th.  He’ll need a big drop to make the top 8, but if he holds his time should make the B-final.

Rounding out the top 16 two seniors: Louisville’s Nolan Tesone and and BYU’s Jake Taylor.  Tesone finished 3rd behind Fiala and Dahl at ACC’s, touching in 1:43.43.  Taylor’s seed time of 1:43.50 comes from the Texas Invite last December, so he should have some room to drop time and secure a spot in the B-final.

There are also a few key names further down the psych sheet. Ryan Murphy finished fifth last year, and given his times in the 100 and 200 back so far this season, he should be a lock to make the A-final in this event for the third year in a row, even though he’s “only” seeded 19th at 1:43.72.  Teammate Jacob Pebley, although primarily a backstroker, has steadily improved in this event over his collegiate career, going from 40th as a freshman to 17th as a sophomore to 16th last year, and should be able to get into the B-final again.  He’s seeded 40th with a 1:45.31.

Dark Horse: Texas freshman John Shebat has already taken roughly two seconds off his lifetime best in this event this year.  Sitting 25th on the psych sheet, it wouldn’t be shocking if he were to scratch this event in order to focus on the medley relay for Texas that same day.  However, while that is possible, it doesn’t seem likely, and the Longhorns’ blue-chip freshmen have a pretty good track record of success at NCAA’s over the past few years.  Last year it took a 1:43.68 to make consolation finals, and Shebat would only need to drop an additional half a second off of his seed time of 1:44.13 to get below that mark.

Schooling also very capable of being in the top 8.

calswimfan – Schooling isn’t swimming the 200 IM. He’s only entered in two individual events this year – the 100 and 200 fly.

dang it. i was about to correct myself but it is too late. how come he’s only swimming two events though? it worked out pretty well for him last year, no?

My best guess is that Texas assumes they’ve got the win in the bag, and are gunning to win all 5 relays.

oh that makes sense. forgot that you could do that.

Licon seems to be the favorite, more so than the 400 IM. Always feel like Murphy should be better in this event than what he’s done in the past (like go 1:40).

So swimswam is picking Licon to win all three of his events. That has not been done in over a decade I believe. Ryan Lochte last to do it in both IMs and 2 back but can’t remember the year. My prediction, Licon wins all 3 and loses swimmer of the meet to Ryan Murphy. Hopefully he can break a couple of Latvian records in the process.