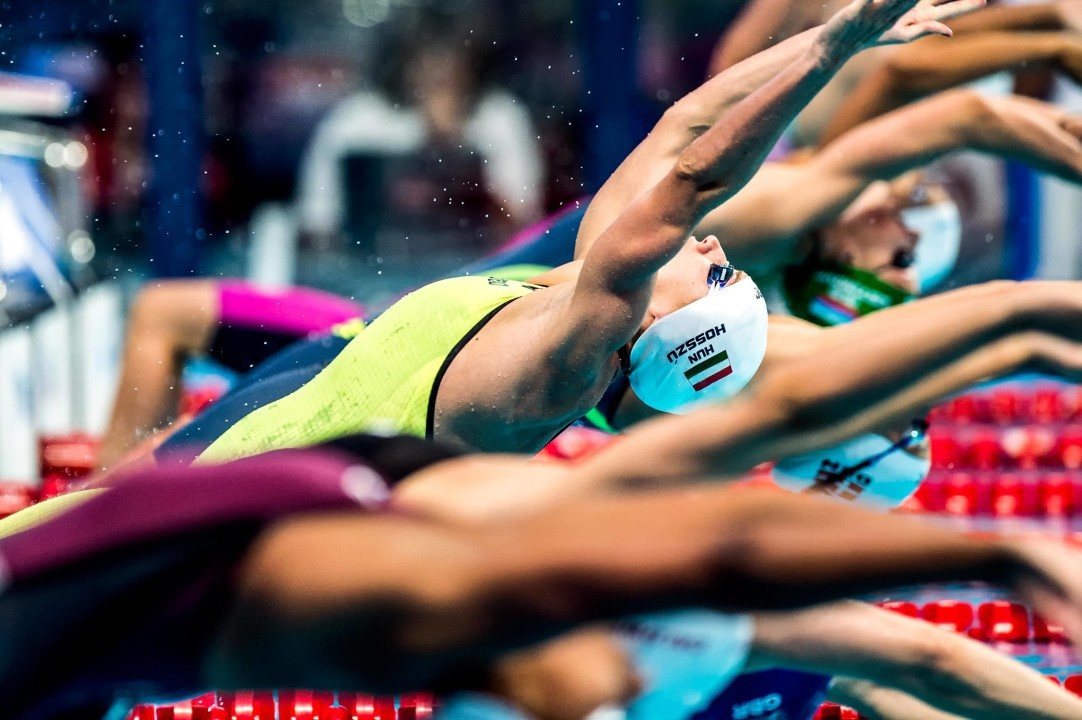 Katinka Hosszu of Hungary, who posted five of the top ten performances in the Nice stage of the 2016 Golden Tour Camille Muffat, is entered in all 17 events at Amiens this weekend. Archive photo via Mike Lewis/Ola Vista Photography

The second stage of the 2016 FFN Golden Tour Camille Muffat will get underway on Friday, February 5 at the Piscine du Coliseum in Amiens. This year’s Golden Tour has been shortened from a four- to a three-stop circuit, as the French national championships and Olympic trials will take place at the end of March. The 2016 stages are:

Because the circuit prize money is only available to those swimmers who participate in all three stages, many of the same faces from the Nice contest will be back in Amiens. Those include French stars Coralie Balmy, Charlotte Bonnet, Mélanie Henique, Damien Joly, Camille Lacourt, Grégory Mallet, Florent Manaudou, Mehdy Metella, William Maynard, Giacomo Perez Dortona, Anna Santamans, Benjamin Stasiulis, Jérémy Stravius, and Marie Wattel. Also entered in the Amiens stage are Marco Koch (GER), Félipe Lima (BRA), Katinka Hosszu and David and Evelyn Verraszto (HUN), Simon Wanna (LEB), Sarah Sjostrom, Simon Sjodin and Erik Persson (all SWE), as well as a large continent from Turkey.

It is rather a grueling weekend of racing, with three days of prelims and finals, and all 17 FINA long course meters events. The 400/800/1500 free and 400 IM are swum at timed finals, with the fastest heat swimming in the evening session.

In the men’s meet, Florent Manaudou is entered in the 100 free, an event he has declared he will try to swim in Rio. The Marseille sprinter only entered the 50 free and 50 fly in Nice, but this weekend will see him compete in the 50/100 free as well as the 50 back. Manaudou, who won the 50 free in Nice with 21.72, the world’s third-fastest time this season, will be joined by teammates Frédérick Bousquet (runner-up in Nice with 22.36) and Mehdy Metella as well as Jérémy Stravius (22.60 for third in Nice).

In December, Manaudou stunned the world with a 47.98 100 free at a Christmas meet in nearby Nîmes. It was this swim that gave him the confidence to formalize his intention to make the French Olympic team in that distance. France has traditionally fielded a strong and deep 100 free group, and Manaudou’s tune-up 100 free this weekend will also feature Metella (seeded with 48.29), Stravius (currently fourth in the world with this season with 48.34), Robbie Renwick and Duncan Scott of Great Britain, William Meynard, Eddie Moueddene, and more.

The breaststroke events should provide excitement from Ross Murdoch and Craig Benson (GBR), Félipe Lima (BRA), Marco Koch (GER), and homegrown talents Giacomo Perez Dortona and Quentin Coton, amongst others. Koch is currently at the top of the world leaderboard for the 200 breast this season with 2:07.69, while Lima is fourth in the 50 (27.26).

David Verraszto of Hungary is top seed in the 400 IM by a large margin, and second in the 200 IM to Swenen’s Simon Sjodin. Joining them in the IMs will be France’s Ganesh Pedurand, Switzerland’s Jeremy Desplanches, and Raphael Stacchiotti of Luxembourg.

The top three finishers in each race will be awarded medals, and the top five male and female performances of each stage of the Golden Tour Camille Muffat will earn prize money as follows:

In addition, athletes who participate in all three stages are eligible for bonuses for their finals standings on the leaderboard: