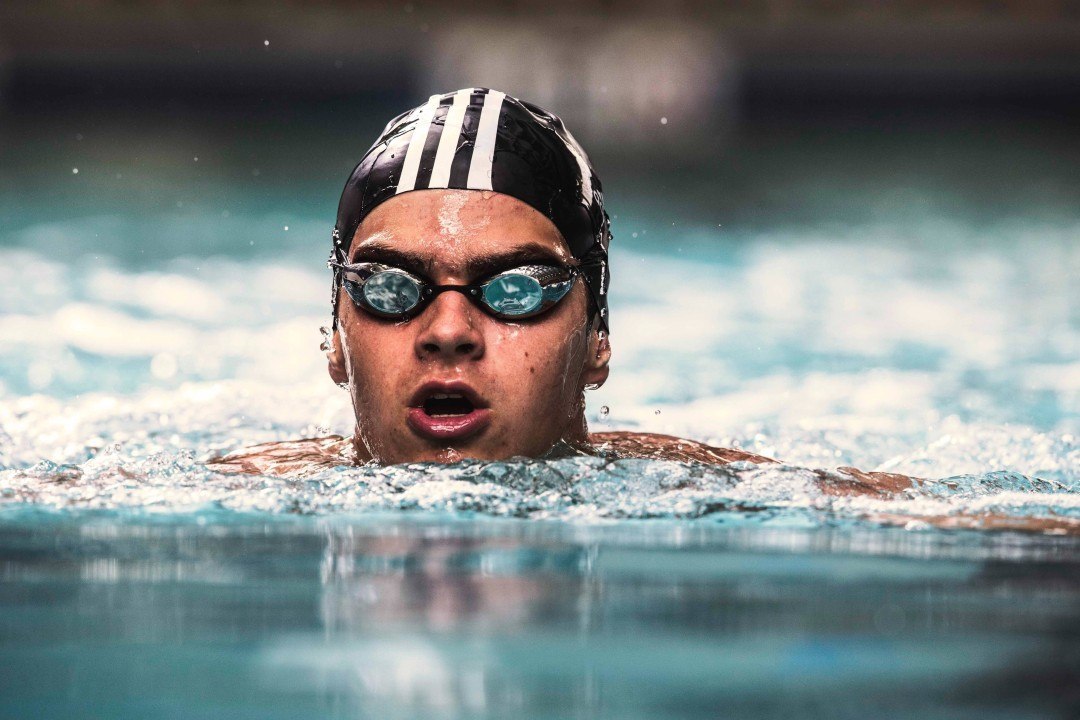 Michael Andrew will look to take over the lead from Maxime Rooney to win men's high point on the final day at US Speedo Junior Nationals. Stock photo via adidas swim

As expected, Indie Swimming’s Michael Andrew and Ella Eastin of Socal Aquatics, two of the most prolific point-earners at 2015 Summer Juniors in San Antonio, will headline the final session. Andrew comes in as top seed in the men’s 200 IM and 50 free, while Eastin leads the qualifiers in the women’s 200 IM.

Both Andrew and Eastin are in contention for their respective High Point Awards. While Maxime Rooney of Pleasanton Seahawks tops the men’s individual leaderboard leading into tonight’s final, a double win by Andrew would put him over the top.

In the team races, SwimMAC Carolina has a commanding lead en route to the women’s title, while Sarasota YMCA holds a more narrow lead over the men’s field.

Palo Alto Stanford Aquatics leads in points going into the combined team award, but a lot of teams are all bunched together vying for the next rung::