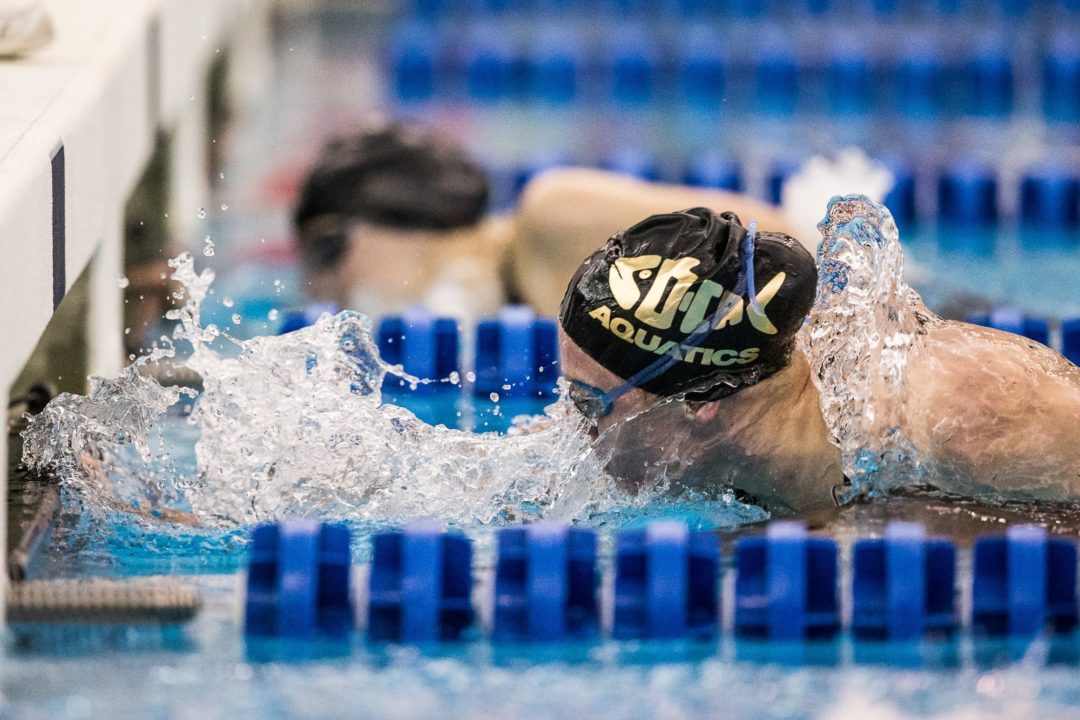 There’s only one scratch out of a final for tonight, and that comes in the girls 100 fly. Livonia Community Center’s Miranda Tucker, who won the 100 breast earlier in the meet, will not compete in the C final after qualifying 23rd out of the morning heats.

Tucker, a future Indiana Hoosier, is perhaps resting up for the longer breaststroke race, the 200 which happens tomorrow morning.

A bird’s-eye view of what to watch for in each race tonight:

Keep an eye on fourth-seeded Taylor Ruck. She was well off her best this morning, but improved her time by a whopping 8 seconds from prelims to finals of the 400 IM.

800 free champ Joy Field is seeded right behind Ruck, and looks to have more left in the tank for tonight’s race.

We got to see Nitro’s Sean Grieshop branch out his event selection a little last night with the 200 back, but he’s back in his wheelhouse in the 400 free tonight. It might be a bit of a stretch, but Grieshop could be looking to challenge the meet record of 3:51.99 held by Townley Haas, or even the 15-16 NAG record held by Larsen Jensen at 3:50.68.

Ella Eastin will try to stay unbeaten for the meet, but the 100 fly might be one of her toughest tests. She was a lifetime-best 1:00.04 this morning, but only leads Bailey Nero by .02 seconds.

The A final of this event is also loaded up with future NCAA talent: Eastin has committed to Stanford, Nero to Auburn, MacKenzie Rumrill to Arizona, Caroline McTaggart to UCLA, Remedy Rule to Texas and Maddy Banic to Tennessee.

16-year-old Michael Andrew is the top seed, and came in just off his lifetime-best (and Justin Lynch‘s 15-16 NAG) at 52.86. We’ll get a rematch of last night’s 100 free, with that event’s champion Maxime Rooney sitting second. Perhaps the biggest challenger to Andrew, though, is Alex Valente, who was just 54.72 this morning, well off his lifetime-best. Valente has 52-second speed, though, and could easily give Andrew a run if he can find his form tonight.

Also keep an eye on Mark Jurek, who had to win a swim-off to make the final. Jurek has been inconsistent in prelims so far – he missed the A final of the 400 IM, then blasted the second-best time overall at night. If he does the same tonight, he’ll have some major “outside smoke” potential.