2013-2014 College Swimming Previews: #6 Florida Women May Sprint Home With A Trophy This Season 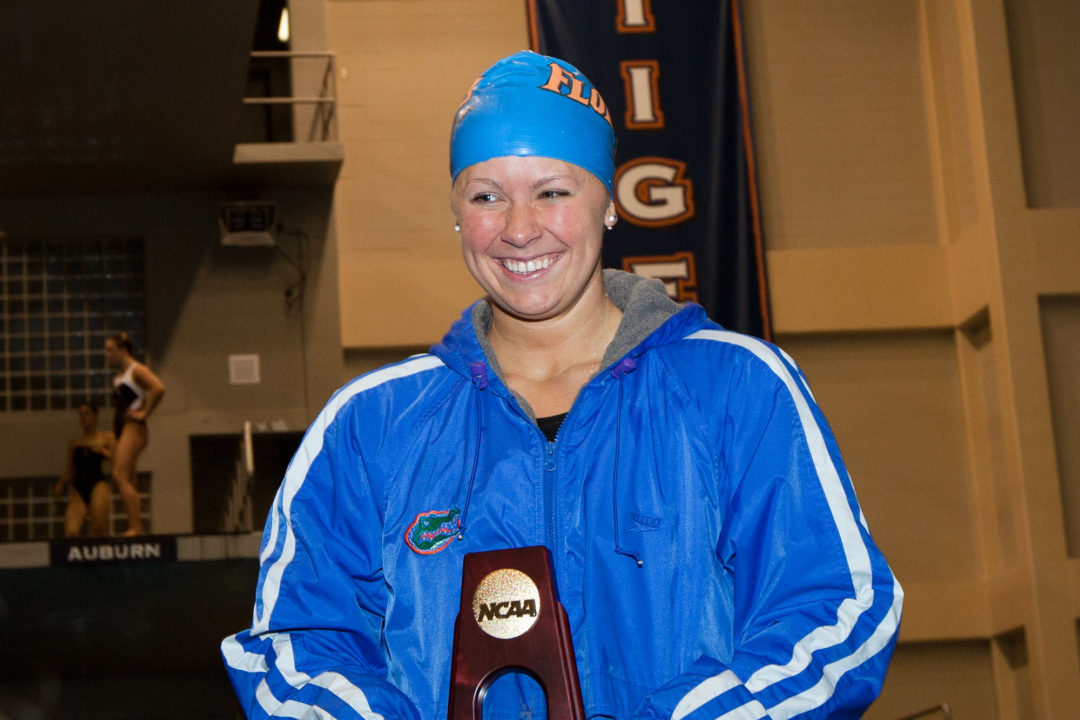 The Florida Gators return all individual points for an young but experienced squad, that has the ability to surprise us all this upcoming season. photo via Tim Binning/TheSwimPictures.com

Another solid freshman performance came from Jessica Thielmann as she finished 10th in the 500 freestyle (4:38.10). She backed up her distance performance in the 1650 freestyle, where she finished 6th. Her teammate junior Alicia Mathieu, dropped seven seconds off her personal best to finish 5th in this event last year, as well.

Freshman: We previously ranked the incoming class from the Gators at #8 overall. The class is a bit on the small side, but while Gregg Troy really loaded up relay pieces last year, the focus on this class seemed to be swimmers who can score big points individually at NCAAs.

If I am not mistaken, you skipped over 7th place USC in the previews. Last one I can find is for #8 Stanford.

Hi Beth, they’re coming next. You’re correct though, got a hair out of order.

You’re doing a great job with this. Thank you, Braden.

I think that these team rundowns are great!!

Man the SEC on the women’s side is a pretty tough conference. It is not out of the question with UGA, UF, TAM, and Tenn, you could get 3-4 at conference and also get 3-5 at NCAAs (depending on how the team is build). That is crazy!!

Plus I would have to say if UF had scheduled TAM, you could argue that UF would have the toughest dual meet schedule this year (they have UGA, Tenn and Cal scheduled).

Keep up the great work and can’t wait to read about the UF guys, which will be pretty good this year too!!