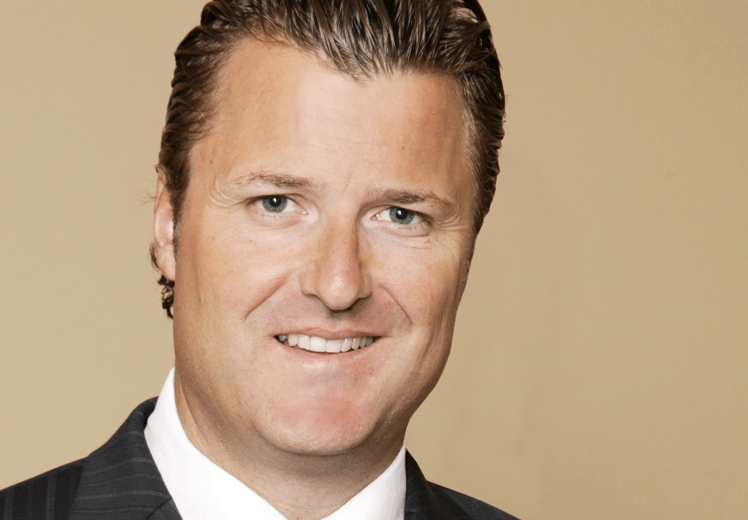 Child advocacy attorney Robert Allard was involved in many extremely high-profile cases in the last year.

If you don’t read the following paragraph, then we cannot be held responsible for you leaving angry, outraged, comments that ignore the purpose of the award and make it painfully obvious that you didn’t read past the headline.

The Crime: Sexually abusing young swimmers, and subsequently covering it up.

The Story: There is no doubt that the biggest story in swimming in 2012 was the explosion of sexual abuse cases in the sport, especially in (but not limited to) the United States.

Which story, though, is the biggest of these? Mark Schubert, a former National Team coach? Bill Jewell? Rick Curl? Noah Rucker? Or one of the frightful number of other coaches that have been accused, convicted, or banned for similar offenses?

With many of the major accused lingering without verdicts rendered, we still aren’t sure which will be the biggest. We’re learning more about all of the cases, and the “biggest” will be hugely affected by who ends up being guilty.

One name, however, has come through over, and over, and over again, and really reaches many (and behind the scenes in some fashion, probably most) of the major headline-grabbing cases: California attorney Bob Allard.

Allard has been in the spotlight in the realm of swimming sexual abuse cases as long as anybody, reaching back to when this story originally exploded in 2010 with the now-infamous 20/20 special. This year, he has represented the accusers in the cases of the two biggest names to ever be pulled into this scandal.

One of his clients is Kelley Currin, who claims to have been abused by Rick Curl in the 1980’s, at which point her family’s silence was allegedly bought with a non-disclosure agreement.

Love Him or Hate Him…: Allard, having been involved in so many suits and for so long, has about as much knowledge about the inner-workings of USA Swimming at the organization level as anyone outside of the walls of Colorado Springs. His experience in these cases has made him seemingly the go-to representation for any coach who feels like they have been wronged, in a legal sense, by USA Swimming or their member clubs.

The loudest criticism has been that Allard is an “ambulance chaser,” and is simply in a long-play for a big payday. His detractors have pointed to the fact that regardless of the charges or claims, Allard tries to bring the story full-circle back to Colorado Springs. Take the Schubert case, for example, where documents in a wrongful termination lawsuit involving the Golden West Swim Club and Rianda were dominated by conversation of USA Swimming paying off Schubert, the current GWSC head coach, to keep another coach’s misdeeds quiet.

Feet to the Fire: Not everything Allard does is going to be a positive to the sport as a whole. God forbid any of his accusations prove false, someone’s life and career will be ruined. What has changed, though, is that Allard is holding feet to the fire. He has time-and-time again opened the conversation about what needs to change and where the problems are in detecting, fighting, and preventing these sexual abuse cases.

His legacy in the sport will be one that won’t be counted until years from now when the dust has settled. If Allard was wrong on any of these cases, will the unbelievable psychological costs for those innocents be outweighed by the children who were protected by the fact that pedophile coaches were no longer able to hide under a shroud of old friendships, back-room winks, intimidation, and failed administration?

The answer will probably be answered individually by each of the sport’s stakeholders; whether your sympathies lie closer to the victims of abuse or the victims of false accusations. At the end of the day, either is a tragedy.

Here’s to optimism, hoping that the box score will show a rout; that anyone who harmed a child or covered for someone who did are dealt blows of justice without any collateral damage.

– Ye Shiwen & John Leonard – When Chinese teenager Ye Shiwen won the women’s 400 IM in London, outsplitting men’s Olympic Champion Ryan Lochte on the last 50, it left us all speechless. Well, all except for ASCA president John Leonard, that is. Leonard got an audience with a British journalist, and proceeded to refer to the swim as “unbelievable” and “disturbing,” alluding to a belief that Ye was doping. She fired back, believing he was “unprofessional,” and a line was drawn in the sand that traveled the length of the globe.

– Ryan Lochte – Lochte was everywhere in 2012. Coming into 2012, all talk was that Lochte was the new best swimmer in the world. Then he lost to the old best swimmer in the world Michael Phelps in their only head-to-head battle in London, the 200 IM. Then there was his involvement in the Ye Shiwen drama, where he was the comparison for how we knew Ye had to be doping. Outside of the pool, Lochte had guest appearances on huge shows like 30 Rock and was even spoofed on SNL. He became the 2nd swimmer to pass 1,000,000 followers thanks to a media blitz by his PR people (that left some with a foul taste in his mouth, but undeniably rose his profile).

Missy Franklin was everywhere in 2012, and the Denver Broncos fell in love with her.

– Missy Franklin- Franklin’s been everywhere this year. I think it’s safe to say that her high school state championship meet in Colorado had more people watch it (it was webcast by ESPN) than any HS swim meet in history. NBC made her an Olympic darling thanks to the effervescent 17-year old’s incredible maturity and camera presence. She’s done charity spectaculars, she’s done an episode of Pretty Little Liars, had pro football players show up at her school; she even got a care package from the Biebs. And then there was he college recruiting – I don’t know that we’ve ever seen so much mainstream news coverage of a college swimmer’s commitment before. Franklin was a human headline in 2012.

Victims, call the police and then call a lawyer if you have any incident involving USA Swimming. Dealing directly with USA Swimming without backup is not advisable and typically unproductive.

Feel free to contact Swimming Exposed ([email protected] or [email protected]) if you have an issue that needs to be investigated. Our connections in the sport and USA Swimming HQ itself may prove helpful in ensuring your case is actually heard.

I’ve been lied to by coaches, board members, even Chuck Wielgus. You think you’re doing the right thing, reporting behavior that you know is morally wrong and abusive. That only works if the people you report it to — coaches, board members, Chuck Wielgus — care. You figure it out. You learn that what people “say” and what they “do” are two different things. It’s an unpleasant lesson. Too many girls learn it. Boys, too. You learn. Don’t trust anybody. Stay quiet. Don’t be the a-hole who ruins it. Then someone like Bob Allard comes along, or DA Ray Mendoza before him (the prosecutor in the Andy King trial), and he stands up for you and every person silenced by… Read more »

I learned the same lesson – DO NOT TRUST ANYONE in USA Swimming. I too have been lied to. I gave Weiglus and Woessner the benefit of the doubt with their inactions, but then realized that either they don’t want to help, are unable to help, or are just buying time to help their friends cover up. In the end, you feel like a fool for thinking that contacting them would have made a difference.

I truly hope Allard can make a difference – I have my doubts. In my LSC, the new Safe Sport position (required by USA Swimming for all LSC’s) has been filled by “an insider” who helps protect the corrupt within the LSC. I was really disappointed and saddened when I saw the appointment. The LSC Board positions are passed around to the same people, therefore, change will never occur.

Time Magazine has had similar criteria as they have done in the past especially in the late 30’s with their Man of The Year.

Stop it with this antiweiglus nonsense. He’s a good guy. He isn’t able to control what any of these coaches do. Give him a break. Weiglus should win this swammy over Allard (so should about the rest of the world). The guy is the head of the most successful swim country on the planet. Allard can win the award for “best swim sex abuse lawyer” but that is not something for a swim website. That’s my opinion. Disagree with me as you may people!

Bobby – I disagree with you.

This is fantastic! Congratulations to SWIMSWAM for their integrity of being the only swimming journalist that have written about the corruption of the USA Swimming governing body.

As painful as this situation is, Bob Allard may be the only way to change USA Swimming and rid it of deceitful and corrupt people like Chuck Wielgus, Pat Hogan, Carol Zaleski, Bruce Stratton, John Leonard, Dale Neuburger and other old time sleazy USA Swimming board members and employees.

Unfortunately, the USA Swimming governance and structure has been carefully crafted over the years that leaders (such as the people mentioned above) can steal, lie and manipulate it’s members without being removed or suffering any repercussions. These people live and thrive off the… Read more »

Didn’t visit the swimbrief in the past, did you. Although, I guess one may not consider it journalism since its a blog..

Also, I do believe Lochte won the other head to head battle in the 400IM, regardless of what lane Phelps was in, he lost that race.

Well, this is fairly awesome.