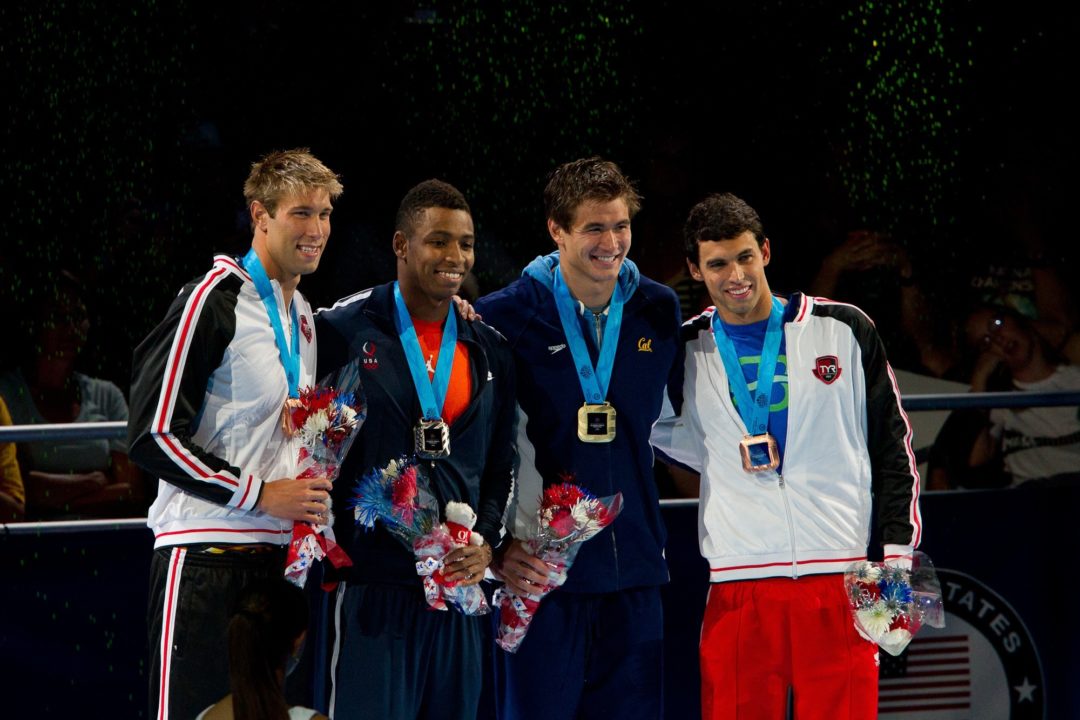 Charlotte Native Ricky Berens, best known for his exploits out of Austin, Los Angeles, and London, has been named the Person of the Year by the local NBC affiliate WCNC. Berens received 63% of the vote edging out among other SwimMAC Carolina CEO David Marsh.

Charlotte went swimming-mad in 2012. With 5 members of the Olympic Team training in Charlotte, and at least two others having strong family ties to the city (Berens and Anthony Ervin, whose parents live there), the city was gripped with Olympic fever. One of the tallest buildings downtown even lit itself up in SwimMAC blue and orange after the team won the Winter Junior National Championships two weeks ago.

Berens began swimming with SwimMAC himself when he was 9 years old until he left for the University of Texas, and attended South Meck High.

In his second Olympics, Berens won a gold medal in the 800 free relay and a silver in the 400; he also got his first shot at an individual Olympic swim, as he was the United States’ second entrant in the individual 200 free after Michael Phelps dropped the event from his Olympic schedule.

I watched Ricky Berens at a number of Charlotte UltraSwims stay 2-3 hours signing every autograph until the last kid in line was happy, probably to the detriment of his own finals swims. Class act, from a great family. Congratulations.