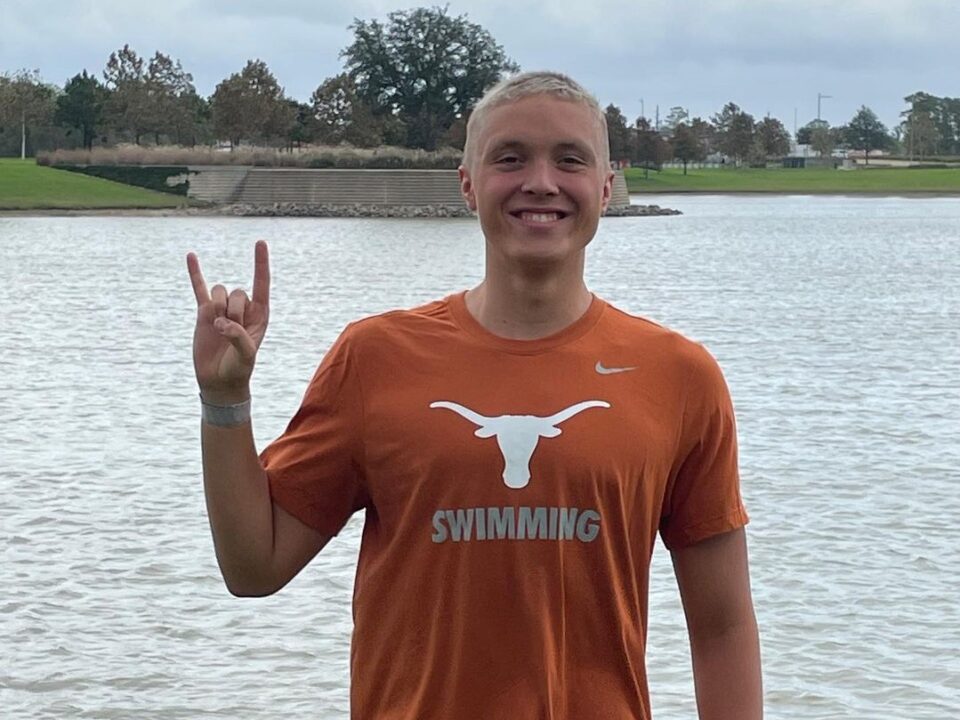 Summer Juniors qualifier Luke Stibrich has made a verbal commitment to the Texas Longhorns for 2024-25. He is our #20 recruit from the class of 2024. Current photo via Katy Stibrich

Luke Stibrich from Humble, Texas, has announced his intention to remain in-state to swim and study at the University of Texas in Austin beginning in the fall of 2024.

“I’m super excited to announce my verbal commitment to continue my academic and athletic career at the University of Texas at Austin! I’d like to thank everyone who’s been a part of my journey and a special thanks to Coach Wyatt and Coach Eddie for giving me this opportunity. Hook ‘em 🤘”

A junior at Summer Creek High School who trains year-round with Blue Tide Aquatics, he is a highly versatile swimmer. He has outstanding times in all four 200 strokes, but he is even better as a 200/400 IMer. We ranked Stibrich #20 on our Way Too Early list of top recruits from the high school class of 2024.

The Longhorns have also received verbal commitments to their class of 2028 from Lakeside Aquatic Club teammates Cooper Lucas (#2 in the class) and Max Hatcher (“Best of the Rest”). The Texas IM group, dominated mainly by Carson and Jake Foster, David Johnston, Caspar Corbeau, Braden Vines during the last three years, will be undergoing a turnover, as all of them will have graduated (barring fifth-years) by the time Stibrich begins. Freshmen Spencer Aurnou-Rhees, Alec Filipovic, and Alec Enyeart will be among those who make up Stibrich’s future training group.

This kid can do it all!