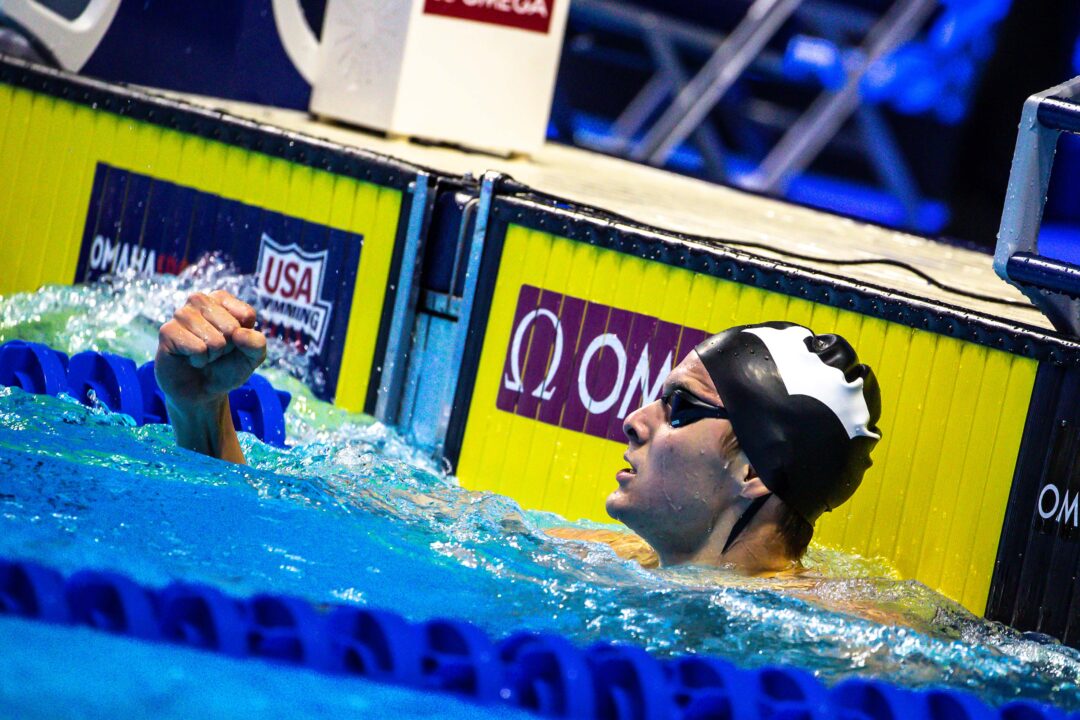 After spending his freshman season at Auburn and his sophomore season at Grand Canyon, Jack Armstrong will continue his career at Division II Henderson State. Archive photo via Jack Spitser/Spitser Photography

Armstrong, one of the top mid-major swimmers in the country last year for Grand Canyon, has swum at two different colleges in his first two years of varsity swimming. In the 2019-2020 season, he swam at Auburn. He then sat out the 2020-2021 season before transferring to Grand Canyon for his sophomore year in 2021-2022.

In his sophomore year at Grand Canyon, he swam 19.30 in the 50 yard freestyle at the team’s mid-season invite, which took .25 seconds off the old school record in that event (which stood for almost nine years). His 42.77 in the 100 free from that same meet ranks him 2nd in program history, and his 47.23 in the 100 fly ranks him 4th.

In total, he scored 47 out of the 402.33 individual points scored by Grand Canyon at the meet, making him the team’s highest scorer.

He wound up as the 8th alternate for the NCAA Championship meet, though only three swimmers from that list were ultimately called-up to compete. He wound up ranked 39th in the NCAA in the 50 free, missing an NCAA invite by just .02 seconds.

Armstrong says that because this is his second transfer, the path forward was cleaner at the Division II level. He will be finishing his undergraduate degree this summer at Grand Canyon and will start his MBA in data science in the fall at Henderson State. He likely would have been able to swim again immediately at the Division I level if he had chosen a graduate degree that Grand Canyon didn’t offer, but between timing and course offerings, he decided that Henderson State was his best option.

The Reddies placed 21st at last year’s NCAA Championship meet under firs year head coach Scotty Serio. Along with his relay impact, Armstrong could be enough to launch Henderson State into the top 15 next season with most of their core swimmers returning.

I read the title at first and thought okay wow so the magician’s own brother is going to pull a magic trick of his own in D2! But then realized the name and that he’s been long done since 2020. But congrats on the decision Jack.

man seems to find a new team every year 😂

Going to be huge that be teams up with Reddie legend, Ty Gibbs. I see them making a run at the D2 title this year

What are the scholarship rule differences Div 1 vs 2?

What Types of College Swimming Scholarships Are Available? (swimswam.com)

Sounds like a good move given the academic path he wants to take!

Hey got his undergrad degree in 2 years of swimming. Mad props

He sat out of swimming one year, so he actually finished it in 3 years while only swimming for 2.
That’s more or less equivalent to finishing in 4 years of swimming…