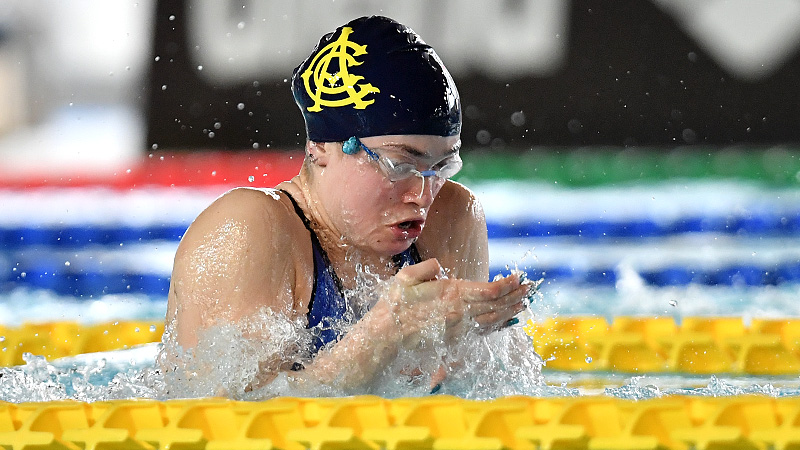 While American Lilly King ran away with the women’s 50m breaststroke victory for Cali Condors on day 1 of match 1 of the International Swimming League (ISL), it was 15-year-old Benedetta Pilato who came into the wall just over a tenth behind to reap silver.

King touched in 28.86 while Pilato busted out a lifetime best as well in a time of 28.97 to become Italy’s first-ever swimmer under 29 seconds in the event.

Pilato’s time tonight outperformed the Italian teenager’s previous personal best of 29.32 she produced at last year’s European Short Course Championships. That time in Glasgow also rendered Pilato the new World Junior Record holder in short course to pair with her long course WJR mark produced in Gwangju (29.98 in prelims). She would later lower the mark down to 29.85 at the 2019 Sette Colli Trophy.

The teen took the silver at last year’s World Championships (LCM) and was a late addition to Team Energy Standard for this ISL season 2, already showing up big.

With tonight’s performance, Pilato’s 28.97 renders the Italian as the world’s 5th fastest performer ever with a shiny new World Junior Record and Italian national record to boot.

Congrats to her! I hope she goes fast and goes far in the sport

How is she doing in other strokes?

She’s completely focused on breaststroke, a real breaststroke specialist like Peaty (and in the same distances: 50 and 100). Her second best stroke is perhaps fly, but her coach, considering her natural gift, has chosen to specialize her, first on the 50 br. and then also on 100 br.