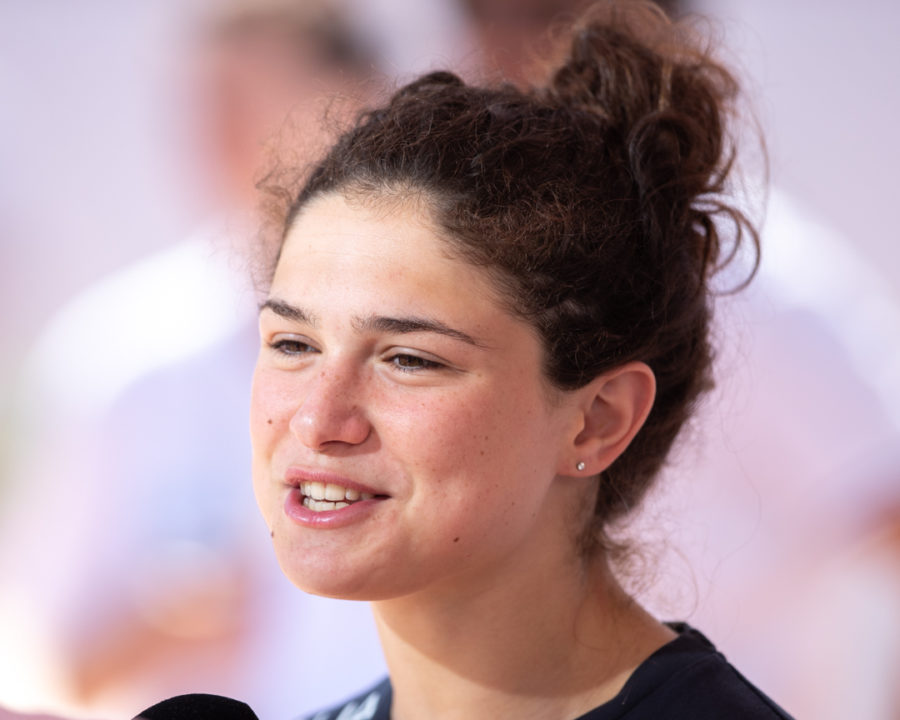 For the 2nd-straight week, an Italian women’s breaststroke record has been broken in short course meters. This week, it was 14-year old Benedetta Pilato who took on the 50 meter record, swimming a 29.41 to open her meet at the Nico Sapio Trophy in Genoa.

That swim broke the old record of 29.59 that was set by veteran Martina Carraro at the 2018 World Short Course Championships, where she swam 29.59. Carraro was the 2nd-fastest swimmer in Friday’s prelims session with a 30.43.

Carraro is also the swimmer who broke a record last week – that being in the 100 meter breaststroke in a time of 1:04.68. The first 50 meters of that swim clocked in at 30.46 – almost as fast as she was in prelims here on Friday.

Pilato was the center of a minor controversy in Italy a few weeks ago when reports surfaced that she would leave her home town at just 14 and move to Rome to continue training. Her home club CC Aniene in Puglia released a statement saying that she would remain in Taranto with her family, but the president of the Italian Swimming Federation Paolo Barelli still expressed frustration over the matter.

Pilato is also the Italian Record holder in the women’s 50 breaststroke in long course. She swam 29.98 this summer to become the first Italian women under 30 seconds in the event and just the 8th woman in history to do so.

Wow, now that’s a crazy level of improvement. We all expected a crazy improvement curve from a 14 year old but taking half a second off her record?