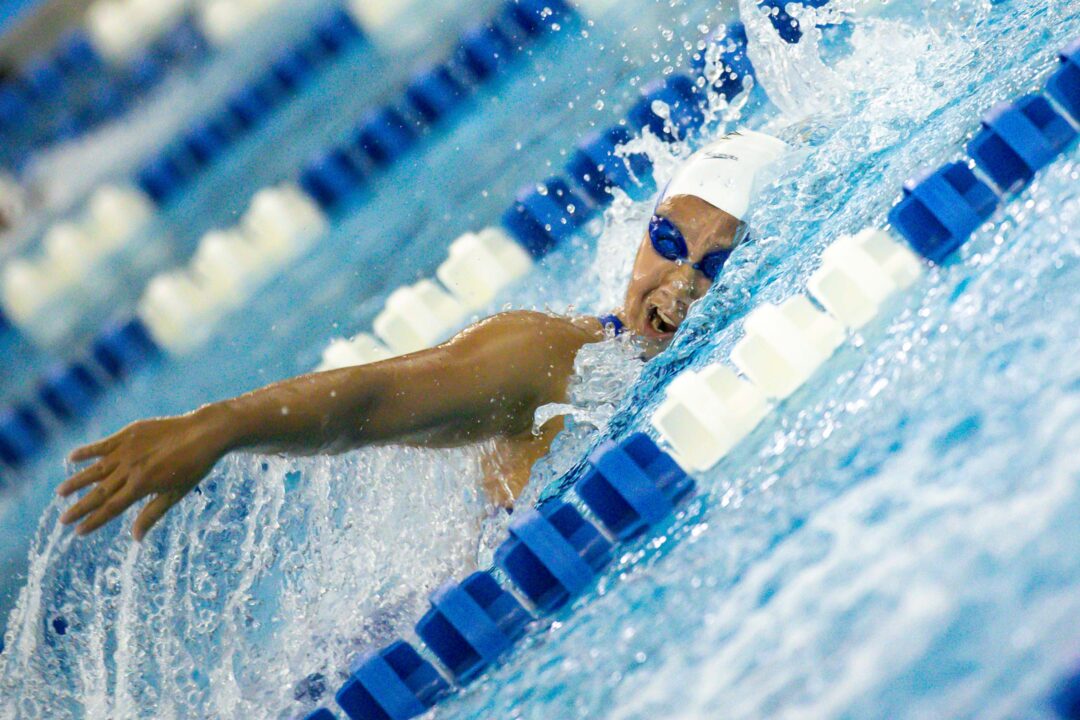 Through the 2nd day of the Huntington Beach Sectionals meet, the Sandpipers of Nevada have established commanding leads in both the men's & women's standings. Stock photo via Jack Spitser/Spitser Photography

Through the 2nd day of the Huntington Beach Sectionals meet, the Sandpipers of Nevada have established commanding leads in both the men’s and women’s team standings.

Sandpipers Bella Sims, an Olympic Silver medalist, is continuing to race well just one week after the Speedo Winter Junior Championships in Austin, where she posted lifetime bests in 6 different events. Sims won the women’s 100 fly on night 2 in Huntington Beach, clocking a 52.43. The swim was just off her time from last week, 52.21, which stands as her personal best.

Sandpipers 17-year-old Paige Kuwata was dominant in the women’s 500 free, swimming a 4:45.32. Kuwata has a personal best of 4:43.86, which she swam at the GAIN Invite in Gainesville, FL this April.

Sandpipers 16-year-old Ilya Kharun, after breaking the 15-16 NAG in the boys 100 fly last week, came in 2nd in the men’s 100 fly here in Huntington Beach. Kharun clocked a 45.99, touching 0.4 off what the 45.59 he set the NAG with last week in Austin. Speaking of Austin, it was Texas Longhorn Zac Van Zandt who won the race, swimming a 45.84. For Van Zandt, the swim was just off his personal best of 45.60, which he swam at the Minnesota Invite a few weeks ago.