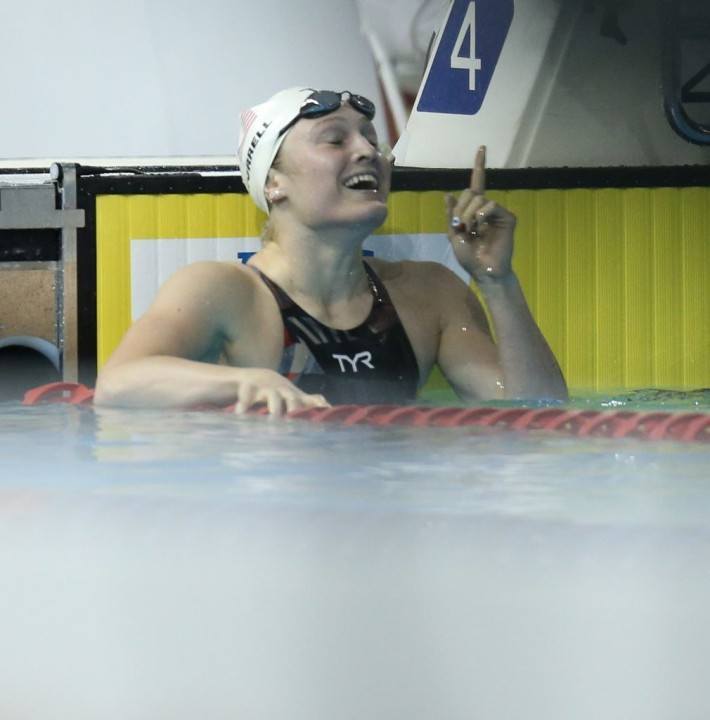 You probably know Kelsi Worrell, but do you know her youngest sister? Archive photo via Chris Tanouye/www.christanouye.com

American sprinter Madison Kennedy didn’t grow arms like steel over night. You gotta put in the work to get the results.

Swam a lifetime best in my 50 free yesterday! Still not faster than my 50 fly, but I'll take it!!! #ATTNats

You know you’re a flyer when…

If that’s what it takes to win U.S. Nationals, then a two-hand finish in freestyle might be the next big thing.

Lilly King and Miranda Tucker tore it up this weekend at U.S. Nationals, proving to the NCAA that they’re the best freshman breaststroke duo (or maybe best breaststroke duo as it is) in college right now.

When you try on your new tech suit.

What a legend!! Grant Hackett!! pic.twitter.com/BT1a1xLM93

My youngest sister had her first club swim practice tonight! She looks like a natural and I've… https://t.co/mc5nVnVr2g

Well this is just adorable.

Everyone please say a HUGE congrats to @calcamel because SHE'S GOING TO THE OLYMPICS!! So beyond proud of you???

What’s better than going to the Olympics?

Going to the Olympics with one of your old teammates.

Congrats indeed to young breaststroke phenom Reece Whitley on his accomplishments, earning the title of the Sports Illustrated Sports Kid of the Year. Go Reece!

@swimswamnews headed to my mid season taper meet like pic.twitter.com/3zfnAcFCHi

Tech suits help us find the super hero within us during taper.