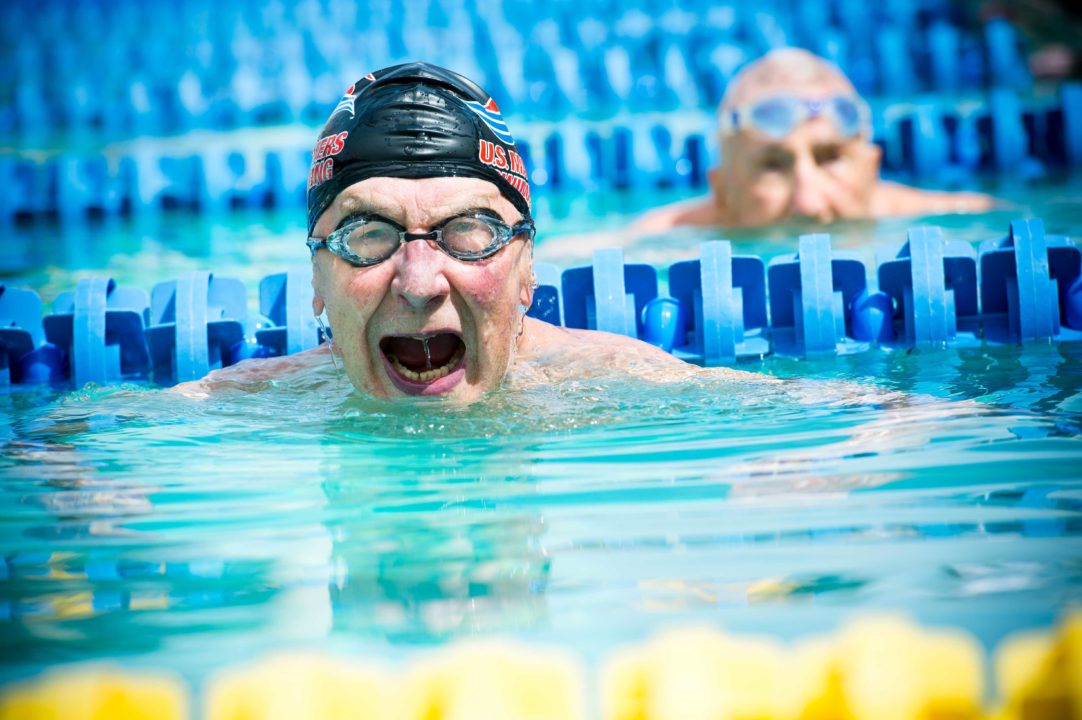 #1 Goggles? Whoever heard of racing in goggles?

Swimming in the 60’s and early 70’s was not very high-tech. Time data-bases? Never heard of them, just waited for Swimming World to come out each month. Lots of 20 yard pools, and 55 yard pools, 33 and 1/3 yard pools, odd-shaped pools, shallow pools, and lots and lots of age group swimmers. The only organized Summer sport offering for many kids in the 60’s was baseball, so lots of non-baseball kids did competitive swimming. “B” times, “BB” times, “A” times? What were those? Just lots of kids in the summer at AAU swim meets, with heat after heat after heat of 10 & unders and 11 & 12’s. Some Prelim/Final Meets in the Summer were so big, that the Finals began right after the last heat of Prelims, IN THE DARK, which meant racing in finals sometimes until after mid-night. Rules and regulations? Not too many. Cost of AAU swimming?     $10 per month plus $1.50 for insurance. Certainly a different time.

1. Whoever heard of racing in goggles?

Spitz didn’t race in them at the Olympics in 1972. Didn’t see anyone at the 1964 Olympics or the 1968 Olympics wearing goggles to race. Goggles, in the 60’s, were those big rubber goggles that you wore at practice to save your eyes from the 10 parts per million chlorine in the public pools we used for training. During practice you could go “cross-eyed” trying to see out of those goggles.

Never saw anything like those until 1968 at Loos Natatorium in Dallas, Texas. Lane ropes were actual hemp or nylon ropes with floating buoys every two or three feet. When you got tangled up in the “rope” you were really tangled up. It was a disaster.

3. Three practices per day in the Summer

Never mind taking off your Speedo all Summer, just sleep in it, shower in it, practice in it, race in it. If you did take it off, it was made of nylon, with rubber strips in the leg seams. Once you took it off, you could stand it up in the corner as the rubber strips tuned to rock as they rotted.

Get in the water as flat as possible and try to start kicking while in mid-air.

Get your stroke going as quickly as possible. Lots of splashing means faster, right?.

5. Hand-held watches with a sweep-second hand.

No digital stopwatches and no touch pads and no electronic timing. Hilarious watching old people try to read the watches after your race.

**Big splash and head up at the finish, so the side finish judges and timers will think you have gotten to the wall, even though you may still be 8 or 10 inches away from touching.

A few arguments over times and “judge’s decisions”. Remember the “ballot” format.

Never saw a touch pad or electronic timing until Loos Natatorium in 1968.

Every pool was different.

A timer or a teammate would have to stand on the back of the block to make sure it would not fly up when you dived, or fall in on top of you on a backstroke start.

Better dive shallow or you would hit the bottom of many 3 and 4 foot pools that we raced in.

…behind each lane as soon as the timers did the math to come up with your “official” average time. Waiting by your block, after your race, until you saw the time the timers posted. Sometimes, the times moved when the wind blew and your time changed, from the official time posted on your blue or pink event “card”.

Almost everyone used a two-beat cross-over kick in the 60’s.

Overload pulling was the style. Don’t even know why we bothered to kick on a board at practice, since so few kicked 6-beat style when racing. Maybe it was just for leg torture and to build toughness. Anyone ever use a Ocean “wonder board” in the 60’s?

Trying to “psyche-out” your competitors on the ready bench as you waited for your heat to move to the blocks. Lots and lots of mental games played at meets, waiting side by side, on the ready bench for your heat to come up to the blocks. Lots of mischief too on the ready bench: How about using rubber-bands to shoot paper clips at the single light above the ready bench, 20 feet in the air, with all of the other fifty 10 & unders waiting, and then being successful….the Clerk of the Course took me by the ear and walked me right down to our Head Coach. At 9 yrs old, at the very first meet I ever attended without my parents, I got to spend the rest of the meet , sitting on the ground, right by the Head Coach.

Outdoor public park pools with lots of creeks and ponds.

Hunting for, and catching, turtles and frogs in the ponds and creeks, between events at the all-day Summer meets.   Missed a few events that way and drove my Dad crazy!

Wonder why my own son seems to drive me crazy every day?

Coach Murphy has been coaching professionally, all ages, since 1979. He was an Oklahoma State HS Swimming Champion in the 100 breast in 1974 and went on to swim 3 years at Oklahoma State University, earning All-Big Eight honors each year. He was a United State Youth Delegate to the Montreal Olympics in 1976. He spent 6 years in the United State Naval Reserves, from 1977-1983. He earned a BS in Physical Education from the University of Tulsa in 1983. He is a member of ASCA, NISCA and TISCA. He has coached USA Swimming for 34 years, at all levels, and has been a Head HS Swim Coach for 28 years. Coach Murphy holds an ASCA Level 5 HS certification.

Now you’re talking! Endless games of “Spit”, Double Solitaire and I Doubt It at the truly endless all-day meets. Jello powder energy. In the pre-goggle era, just laying down and crying after practice with a wet washcloth across my eyes. The first “skin suit” circa 1974-ish and feeling so strange trying to swim in it for the first time — wow. And yes, the ultimate flat dive and practicing racing dives in the absolute shallowest part of the pool. The nylon Speedo suit with shoelaces holding the back shoulder straps tight. The truly “transparent when wet” red Arena my high school chose as a team suit. And yes, watching the adult timers dodging for cover when the big 15-18 boys… Read more »

Haha! Exactly as I remember it!

Trying to do homework with bloodshot eyes.
Freestyle only work-outs.
Lane counters on the deck, if you had one at all.
Swimming under a rope for the 220 and 440 (up until the late 50s, early 60s).
Eating steak or hamburgers as a pre-race meal.